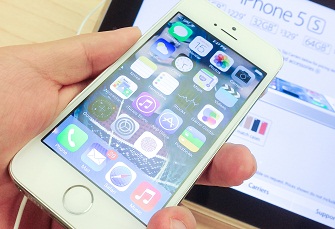 For the Year of the Horse, in this three part story, Explocity lists down gadgets, gizmos and apps that you must have in your arsenal to gallop ahead of the race.

Smartphones
iPhone 5S: While the iPhone 5S looks identical to the iPhone 5 and has a smaller screen compared to several Android phones, the 5S perfectly balances power, usability, features and aesthetics. The camera in the 5S is better and has a dual LED flash. The sensitivity of the fingerprint sensor (or Touch ID) which was regarded as the Achilles' heel for other phones that implemented it, is near flawless in the 5S. The 64 bit processor in the 5S is twice the speed of the iPhone 5. The only drawback if any is the screen size. It would be interesting to see a bigger screen with Apple’s aesthetic brilliance. Price: Rs 50,500.

User says: Harish Menon, Product Head Asia-Pacific and Japan, Akamai Technologies, says, "The 5S functions brilliantly. My only grouse is with the battery life, but that is expected considering how much use it. I use it the least as a telephonic device and more for Twitter, Whatsapp, Viber, Facebook, Reddit and email."

Samsung Galaxy S4: The Galaxy series competes for top honours with the iPhone. Its usability is smooth and fast and runs on Android 4.3 Jellybean. The whopping 5-inch display and HD display gives you the same clarity as a television set. The processor is much faster than earlier versions. Apart from a number of other features, one of the best is the Stay Smart feature that recognises if there is a face in front of the phone to keep the screen on. Price: Rs 25,500.

User says: Samarpita Samaddar, who works as a publicist with the India Foundation for the Arts says, "It's been really awesome and super fast! I don't game but use apps extensively. I use media apps, photo editors, Kindle, etc. The phone is extremely easy to use and I was especially blown away by the new Stay Smart feature. Motion features in the S4 are great too. Just some of the many reasons why I have remained loyal to the Samsung brand."

Google LG Nexus 4 - E960: The E960 runs on Android 4.2 Jellybean and has a 4.7-inch WXGA IPS display. The Qualcomm Snapdragon S4 Pro quad-core CPU packs a punch with a smooth, fluid experience. The camera feature was considered a drawback in earlier versions, but the Google LG Nexus 4 - E960 has addressed that. The E960 has a menu system that makes it easier to click pictures. The DialPad Autocomplete feature speeds up your everyday telephonic usage. The phone is fast, doesn’t have much lag, but the battery life is a pain-point for heavy users. Price: Rs 24,000

User says: Abhiroop Bhattacharjee who works as a Sales & Marketing Executive for Hammock Leisure Holidays says, "Apart from communication I use my Google LG Nexus 4 - E960 for work, maps, games, music, and downloading from (from torrents or otherwise). I also use it to make and edit videos, designing using apps, voice typing and voice searching. It’s wonderfully fast and there’s hardly any lag."

Tablets
Apple iPad: The new 4th generation version of the Apple iPad has a 9.7 inch screen but is visually quite similar to the previous versions of the device. The similarities though, remain aesthetic. The lightning adapter allows you to connect to projectors and camera SD cards. For photography enthusiasts, there is a 5 megapixel rear camera and a 1.2 megapixel front camera. The retina display ensures that there is very little pixilation. The 4th generation Apple iPad has a quad core graphics chip, and a quicker version of the Apple A6X system-on-chip mobile processor.

User says: Shyam Swaraj, a business consultant for events and start-ups says, "The best thing about the 4th generation iPad is that we can connect it to projectors and camera SD cards. My work demands that I take a lot of pictures and the 5 megapixel camera allows me to take high quality pictures. Despite being high on the look and feel front, the functioning is fast and smooth."

User says: Abhilash Kumar, Director of Sales, Leela Kovalam says, "I use a Samsung Galaxy 3 tablet when I am on the road. It helps me check my email and when I need some time to relax, I listen to music that I have stored on it. Since I travel often, it’s normal that one loses track of time – the world clock app helps me find out the right time and also plan my itinerary."

Sony Xperia Tablet Z: The Sony Xperia Tablet Z is water and dust resistant and has a number of functions and features. The Android Jellybean 4.2.2 based Tablet Z has a 10.1 inch LCD display with resolution os 1920 x 1200 pixels. It has a quad core 1.5 GHz Qualcomm Snapdragon S4 Pro APQ8064 mobile processor and 2 GB Ram. There’s 16 GB storage and is apt for those who have a passion for photography. The rear camera is powerful at 8 megapixels and the front camera is 2.1 megapixels. The Exmor R mobile image sensor in the tablet ensures you get good quality photos even in bad light. Price: Rs 44,500

User says: Vijay Shankar MG, the founder of Dreamer’s Nest, a corporate training institute says, "It looks sleek, doesn't weigh much, has great design and a fantastic screen. I think it’s the best Android tablet around."

Cloud Storage: It was initially designed to allow people to be able to access important and heavy files anytime and from anywhere. In 2014, storing files on the cloud will emerge as the norm. People will use cloud storage more than desktop storage because the cloud doesn’t restrict you with storage handicaps, it cannot be lost, and physical damage does not pose any threat to it. Of course, the fact that it is accessible anywhere you can access the internet is its biggest plus point.

BYOD (Bring Your Own Device): BYOD as a concept is simple. The term got coined with Intel recognising an increasing tendency of its employees to bring their devices to work and connect them to the corporate network, and in a couple of years certain other software providers like VMware and Citrix followed suit. Individuals benefit from this policy, since they can choose the devices they want to use, and not have to maintain two separate technological “warehouses”. Giving in to the BYOD trend will give companies a competitive advantage as it enhances innovation and creativity in the workplace.

Smartwatches will get a more mainstream presence: It’s time for Smartphones to abdicate. The next best thing is finally here. Smartwatches were written about and tested widely last year. In 2014, expect people to be more open to having a computation, communication and time-telling device all rolled into one, wrapped onto their wrists.

Gamification: IT infrastructure administrators who will successfully 'gamify' their offices will be deemed successful. Gamification is looked upon as a feasible option for businesses, as they are continually looking for new ways to improve interaction at a workplace. They are always in search of options to help them engage with employees and recording their feedback on the changes, they wish to see in an organization.