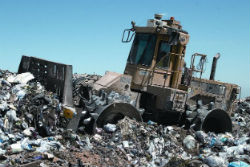 BBMP Commissioner M Lakshminarayana visited a number of areas in the city and inspected the condition of garbage disposal there on Sunday morning, following the High Court rebuke.

He suspended assistant engineer (AE) Jayakumar for his failure to clear the garbage on a vacant plot next to Basava Samiti, Shivaji Nagar.

Lakshminarayana said, “Those who don’t work will be punished. Any kind of laxity by officials will not be tolerated.”

He warned officials in-charge of garbage management against inaction.

Stern action would be initiated if they fail to discharge their duty, he said.

Later, he obtained details from the zonal engineers about segregation of waste in their respective zones.

They informed him about the launching of dry waste collection centres.

They said they would focus on ensuring segregation of waste at source.

He inspected the sweeping of main roads by machines in Yelahanka zone. He also visited Bellary Road, Mother Dairy Road, Yelahanka Main Road, M S Palya Road and Doddaballapur Main Road and took note of garbage disposal there. He inquired the details about the expenses incurred on mechanical sweeping facility to introduce the same on other main roads in the city.

Lakshminarayana has informed the ministers that dumping of fresh garbage has been stopped following directions from Karnataka State Pollution Control Board (KSPCB). They directed him to find companies that are capable or clearing the garbage.