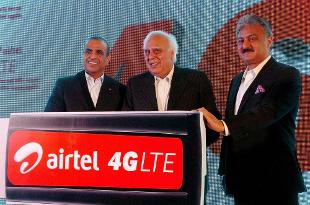 Bharti Airtel, India’s leading GSM service provider, is all set to launch its 4G LTE network with voice call facility. Bharti Airtel through its Twitter account announced that Bangalore customers will be able to use Airtel 4G services on LTE enabled smart phones in 3 weeks.

The company has been offering 4G data services in Pune, Kolkata, Chandigarh, Mohali, Panchkula and Bengaluru.

The telco has adopted Circuit Switched Fall Back (CSFB) technology for providing voice calling facility over its 4G LTE networks in the country. With CSFB technology deployed within the network, the telco would be able to offer voice to its LTE subscribers through its 3G and even 2G network.

Bharti Airtel, in February this year, announced that it had successfully completed the trials of CSFB technology in the cities of Pune, Kolkata and Bangalore. The telco has a tie-up with Huawei for 4G devices in the country. Last year, it announced Huawei's 4G-enabled Ascend P1 LTE exclusively for its 4G LTE network.

Airtel has been testing 4G LTE smartp hones from Samsung, ZTE and other Indian smart phone vendors such as Micromax on its 4G LTE network.

A few months back, Bharti Airtel acquired 100 per cent stake in Wireless Business Services (WBSPL), a company founded by US chipmaker Qualcomm. The acquisition allows the company to offer high-speed 4G services in New Delhi, Mumbai, Haryana and Kerala.