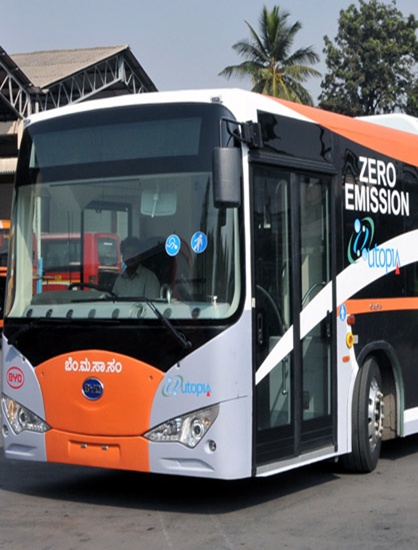 First in the country to launch an electricity powered bus, Bangalore has announced its intention of being eco-friendly. Bangaloreans can now travel in the zero-emission BYD (K9D) China-made buses, which are powered by four ferrous batteries, each producing 540 volts of electricity. Each bus takes around five hours to be fully charged.

Called Utopia, the air conditioned electric bus will ply between Majestic and Kadugodi (on route no 335E) for the initial three months, from 7 am to 7 pm. The tickets will be priced similar to Volvo buses.

The picture above appeared on Rediff