Home | wipro | Bangalore: The Bore and the Beautiful - a personal view 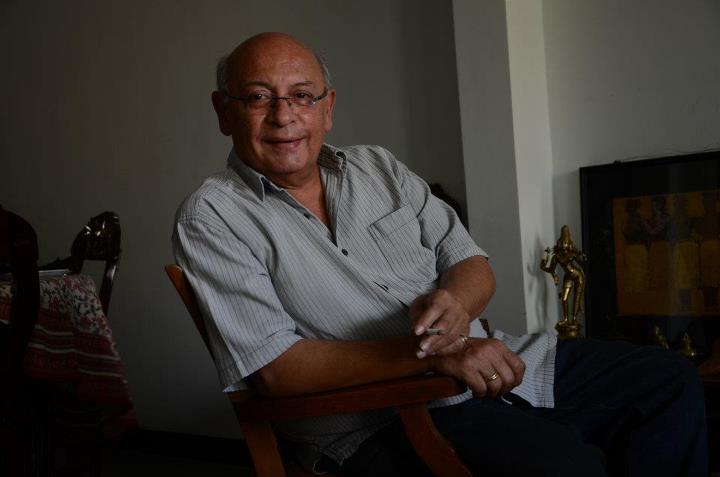 ... with apologies to that TV soap of yore, the first TV programme I ever watched when I came back 17 years ago. My dear mama was addicted to that and to 'Santa Barbara' which immediately preceded it. Alas, she had become slightly confused by then and happily transposed some of her favourite characters from both programmes, which made for some hilarious conversations.

I was born here (a good Angy Bangy) but spent most of my childhood up North. But annual holidays with grandparents and coming back for 4 years after school kept me in touch, before I abandoned Bangalore for 34 years in London. At that time we were all breaking our arses to get away and find the bright lights of Bombay, Delhi or the west, looking for elusive pots of gold at the end of our rainbows.

For me now, life in Bangalore is a bit like a family tree. I came back to look after my mother and thought my life had ended because I had to leave London, but I was pleasantly surprised by the emerging new Bangalore. My ‘Bangalore tree’ started with just 4 people (take a bow the late Nancy Stracey, Nader Mirza, Reena & Jason Cheriyan, to whom I am eternally grateful).

From that small beginning have grown great threads of friendships. I have met some of the most wonderful people ever. Interesting, intelligent, fun and, above all, completely welcoming. I always think there is an Indian hospitality, but this is overlaid with a Bangalore hospitality that is really rather special. I could swear that Bangalore is the centre of the universe and I could bore you for hours with stories of coincidences and connections linking so many disparate parts of my life, all involving Bangalore… but I will desist.

Bangalore has grown enormously and while we have sadly lost some of the charm of the old Bangalore, and our beautiful old buildings have been replaced by the ubiquitous concrete and glass monstrosities, the new Bangalore is a bustling, vibrant city, full of interesting people. I recall a thoroughly enjoyable lunch party, seeing a mega-rich IT honcho engaged in deep conversation with an impoverished artist. I remember thinking that this was the essence of the egalitarian Bangalore that I had enjoyed.

Of course, us OBs (Old Bangaloreans) believe that snobbery and class-consciousness are lately imported, by those NBs who have invaded us from north of the Vindhyas.

Chaotic traffic drives you mad, the plundering of the treasury by our city fathers (ok let’s be fair, many mothers too) has left us with abysmal roads and over-flowing sewers. It’s decimated roadside trees (once Bangalore’s pride and joy) and left us with half-finished road-widenings. But Cubbon Park and Lal Bagh remain a joy and have a loyal following.

Driving anything in Bangalore can raise your blood-pressure to startling levels, with dare-devil two-wheelers coming at you from every side, taking their cue from the mis-spelt ‘Micheal Shumacer’ on their jackets. There are cows that follow the same route home in Domlur, despite it now being a 4-lane dual carriageway, cartwallahs in the fast lane, completely oblivious to the Audis, BMWs and Mercs, foolhardy policemen who rush out between the cars to nab a helmet-less biker, and the incessant honking... jeez, we do love our horns in India.

But somehow this chaotic mass sorts itself out and you get where you are going. Yes, it was easier in London but it took , on a bad day, two hours to do the 18 kms home, so I don’t complain too often in Bangalore. And remember also that it was a boring drive. Here, drive for an hour through Bangalore, or any Indian city and all human life will pass before your eyes with not a boring moment.

Yes, the Metro down the middle of MG Road is hideous, but the new MG Boulevard is actually rather good, with spotlessly clean walkways and a splendid exhibition of old photographs, and occasional Art &Craft expositions.

The new Bangalore has brought a slew of very stylish bars and restaurants, multiplexes and theatre spaces (admittedly catering to a comparatively small section of the populace, but that is true of every big city in India and the rest of the world).

True, the lunatic police and politicians have decided we should all be safely tucked up in bed by midnight and not listen to loud music after 10 pm, in case it incites us to rip off our clothes and run down MG Road in our chuddies, or worse... but there is an upside.

Think of how much money we save by not drinking till 3 am on a work night, and the fortune saved on under-eye gel, Botox and facelifts.

I was always part of a very small family; a mother who was an only child and a father with one brother, who lived abroad. Unfortunately, having mislaid my three cousins some 35 years ago (careless, I know) and apart from a dear second cousin, whom I met for the first time quite by accident on the first day of college in Bangalore, all my family are in the two cemeteries on Hosur Road.

I left behind a ‘family’ of dear friends in London, but have been enormously fortunate in accumulating a new Bangalorean family of nears and dears, who cherish and nurture me constantly.

So many people deride Bangalore for being a small city, trying hard to be a big city, and while not denying the disadvantages of both, I think we still enjoy the charm of the former and the advantages of the latter.

On balance, I wouldn’t dream of living anywhere else.