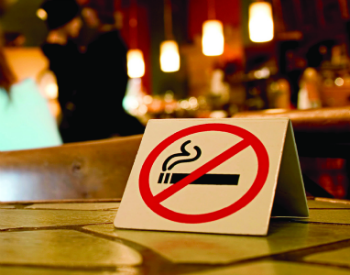 BBMP has found a new task and it's got nothing to do with issues that require immediate attention like filling life-threatening potholes on roads, cleaning the overflowing drains, and finding a solution to the ever-growing garbage crisis. It is now looking to enforce the no-smoking rule in restaurants and hotels. The owners of such establishments are not impressed.

The BBMP commissioner has sent a notice to Bruhat Bangalore Hotels’ Association, directing it to advise its members to put up signages at hotels, banning smoking and ensure separate area in the hotel premises for smokers. In his letter dated July 18, the commissioner has said that failure to put up ‘no-smoking’ signages at hotels will invite penalty and also punishment under Cigarettes and Other Tobacco Products Act (COTPA), 2003, and KMC Act, 1976.

According to COTPA, the owner, proprietor, manager, supervisor or in charge of the affairs of a hotel having 30 or more rooms or restaurant having seating capacity of 30 persons or more and the manager have to provide for a smoking area or space. The smoking area shall not be established at the entrance or exit of the hotel, restaurant and the airport and shall be distinctively marked as “Smoking Area” in English and one Indian language. The smoking area shall be used only for the purpose of smoking.