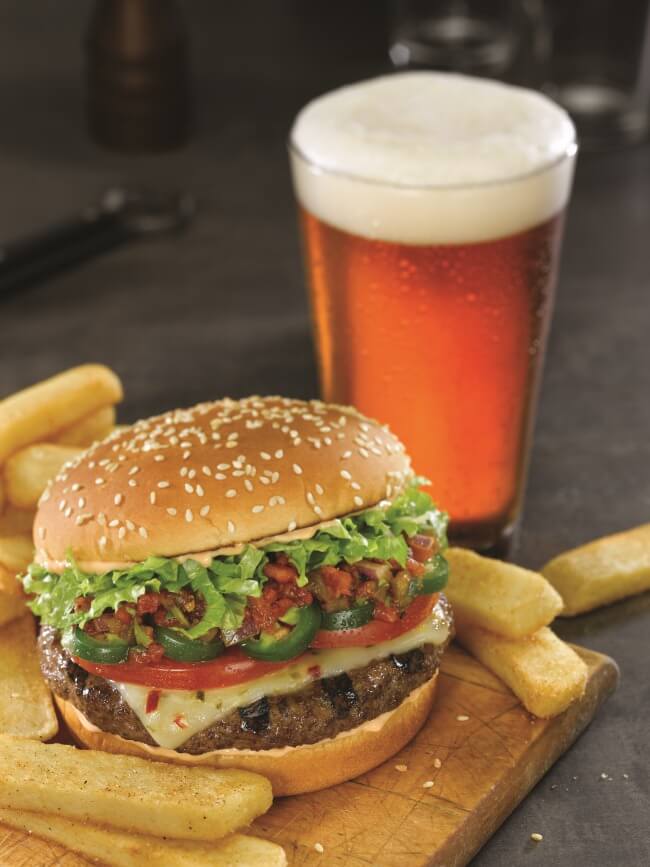 Chef Abhijeet Gomare is head chef at the fav American restaurant which is loved for the burgers The new menu by him features some classics and some new loves. Some of the original burgers served at Chili’s include Chicken Bacon Burger, Chicken Taco Burger, Chicken Jalapeño Burger and Chicken Guacamole Burger, all served with home style fries.

When you are out enjoying the match with your gang, a beer and a burger is a must. The menu has a long list of international beers from a variety of countries. Our picks include London Pride (England), Sagres Beer (Portugal), Viru Estonia (Spain), Murphy’s Irish Stout (Ireland), Birra Moretti (Italy), Amstel Light (Holland) and Asahi (Japan)

If you like things on the sweeter side enjoy the fruity flavors of the Hat-trick of Beer Cocktails served. The refreshing fusion is made of beer and exotic flavors like the Watermelon Beer with watermelon puree and lemonade, the Green Beer Rita - a remixed version of beer and margarita with a shot of melon liqueur and the Raspberry beer with a combination of beer, raspberries and vodka.