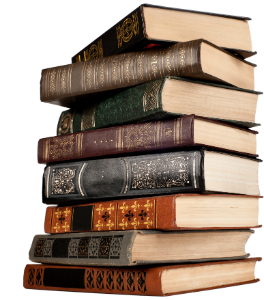 People love to write books about Bangalore. There’s plenty to write about. Anyone new to Bangalore may be curious of its diverse culture and eclectic life-style. Bangalore is a society, a community, as a city and as a way of life. The city’s essence has been etched vividly in paintings, films and photographs. The same can be said of the marks it continues to leave in the literature of the city.

So, what kind of Bangalore book would you like to read? While old Bangaloreans may want to kindle nostalgia, the younger generation is more inclined towards the technological advancement and the growth of the city. For either, Bangalore continues to fill the pages of contemporary art and literature.

If you’re a newbie and thirsting for success and adventure, maybe you’d like to find out how business works here. Maybe you’re into photographs. Or artwork. Perhaps the allure of Bangalore was too hard to resist and after spending lengths of time abroad, you’re back in town, for good. Maybe you can’t get over the fact that this once-tranquil city within the four Kempe Gowda Tower limits has burst its banks and is spreading way beyond imagination.

The city is coming to seal its place on literary realm with authors increasingly finding inspiration from the all walks of city life. While some stories leave you reminiscing, presenting never before seen pictures, others can evoke a harsh sense of realities that plague present day Bangalore.

Explocity lists out a few publications that try to capture these very traits of Bangalore.

Bangalore: A Century of Tales from City and Cantonment (2003) – Peter Colaco
Peter Colaco's book on Bangalore takes the reader back to the day and age when bicycling to Jayanagar from the Cantonment wasn't a cry for immediate professional help. The book displays Bangalore as Colaco had seen for more than 50 years.

The book was borne out of intense peer pressure at a party, where Colaco's friends insisted that he sets down his many stories about Bangalore for all to read. It shows Bangalore in all its facets and aspects, and is an affectionate account of over fifty years of keen observation.

Bangalore - The Story Of A City (1997) – Maya Jayapal
The book narrates Bangalore's history and provides a vivid description of the influences that have shaped the city into what it is today.
The book traces the city's growth from a small mud fort built by Kempe Gowda and discusses some of the diverse elements that have helped to make it the cosmopolitan metropolis. It looks at the city's people and landmarks, examines Bangalore's past and takes a peep into its future. It recaptures the city's lifestyles and its origins, explores the charm that Bangalore possesses for the new migrant and discusses what has been done, not done and what could have been done to preserve the old Bangalore.

Blossoms of Bangalore (1994) - TP Issar
This book displays the dramatic and colourful flowering trees and shrubs to be seen in Bangalore parks, gardens and public spaces. It also features recent colour photographs, paintings by many artists and includes a list of the dates when the most significant displays of blossom can be seen.

Bangalore Tiger: How Indian Tech Upstart Wipro is Re-writing the Rules of Global Competition (2006)- Steve Hamm
Bangalore Tiger is the story of Wipro’s transformation, its impact on the tech services industry and the rules of global competition. Steve Hamm takes you inside the halls of this trans-national phenomenon to reveal the true secrets of Wipro’s superior business: its people, principles, and core competencies.
Removing the shroud of secrecy around Indian management principles, Hamm provides a real-world blueprint for operating a successful trans-national organisation, as viewed through the eye of the Bangalore Tiger.

Bengaluru/Bangalore: In First Person Singular (2012) - Mahesh Bhat
This book is collection of projections from Bhat’s conscious and unconscious mind. Through his photographs, he has explored how the city has changed in the last 25 years. This is also an impassioned plea to support the arts and creativity to drive the true growth of Bangalore. It is not about the old versus the new nor is it about the history but more about what the city can be.

Bangalore Mum's Guide (2010)- Rina Mehta
Coming close on the heels of the extremely successful Mumbai Mums Guide, one realises just how much of a difference accurate information, easily available at hand, can make.

This is a Bangalore directory of schools, classes, counsellors and more. Mehta shares tips on shopping for kids, party ideas, and what’s available for kids around town.

The Book has been a friend and guide to thousands in Bangalore and is today an essential handbook for parents in the city.

In this book, the author examines the developments in India's Silicon Valley, against the backdrop of a global institutional commitment. It portrays the information society as a model for development in the twenty-first century.

The Promise of the Metropolis: Bangalore's Twentieth Century (2005) - Janaki Nair

The volume provides a comprehensive perspective on the city that relates to three levels of analysis, that of the conceived city, the perceived city and spatial practice. The book also charts the styles and forms of contemporary urban democracy and the city as the site of a continuous redefinition of Indian citizenship.

The World is Flat (2005) - Thomas Friedman
Thomas Friedman recounts a journey to Bangalore, when he realised globalisation has changed core economic concepts. He recounts many examples of companies based in India and China that, by providing labour from typists and call centre operators to accountants and computer programmers, have become integral parts of complex global supply chains for companies such as Dell, AOL, and Microsoft.

Friedman repeatedly uses lists as an organizational device to communicate key concepts, usually numbered, and often with a provocative label. Two example lists are the ten forces that flattened the world, and three points of convergence.

Beantown Boomtown: Bangalore in the World of Words (2007) - Jayanth Kodkani and R. Edwin Sudhir
From Hartford to Ho Chi Minh City, from Cairo to Copenhagen, Bangalore is known as a brand. But, the idea of Bangalore extends beyond its wealth of software programming and BPO services. The city may now be a whiz kid of the world, but behind it looms the shadow of a brooding senior citizen who grew up amidst tree-lined avenues, conversations over 'by-two' coffee, and a passion for art as much as science and technology.

The book discusses these parallels, and how they have shaped the city into becoming the Silicon Valley of India.

Bangalored: the Expat Story (2006) - Eshwar Sundaresan
According to statistics in 2006, more than twelve thousand foreigners (that is, more than half the expatriate population in the country) lived in Bangalore.

So what exactly do they seek in Bangalore? At what levels do they interact with the local people? And, how significant is their impact on the cultural, financial, social, political and educational spheres?

Fusing the resonance of history with the experiences of a riveting cast of expatriates, Bangalored provides the answers to questions such as these. Most of the expatriates featured in the book are resourceful, some are quirky and eccentric, and a few are stubbornly idealistic, but they are all memorable.
What emerges is a whole new perspective on urban India and its ambiguities. Writing with sensitivity and wry humour, Eshwar Sundaresan recreates these distinctive voices in a vibrant and multi-textured collage.