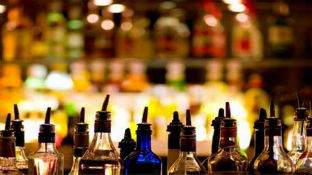 If spending the end of a long day at work with a beer and a few friends is tradition, then Bootlegger has its eyes on you.

Looking to revive Bangalore’s pub culture, back to where it was about what you’re drinking and not what you’re wearing, three friends – Gita, Payal and Shreyas – opened this little watering hole a few months ago. “I’ve always wanted to open a pub. Alcohol is what I do best,” says Gita.

The concept of the place is simple. They’re a no frills, laid back pub that simply wants to make sure you’re having a good time. What’s the story behind the name? Bootlegging, the illegal business of smuggling alcoholic beverages was prevalent during the American prohibition era. Smugglers like Al Capone, who is epitomized on the walls of the pub, made a fortune out of selling alcohol illegally. But contrary to its name, this Bootlegger is completely legal.

With brick walls and wooden seating, showered in warm yellow lighting, Bootlegger is a cosy place to catch up with old friends and aptly there’s plenty of alcohol to go around.

And that’s what the offering at Bootlegger is concentrated on – booze. There is a long list of international as well as local spirits. The Dry Hopped St Rogue Red Ale and the Christoffel Wijis are among the beers that Sam, my waiter for the night, recommends. I, however, decide to try one of the Bootlegger specials, a cocktail of Amaretto and Bourbon. After all, with a name like Godfather, how could I refuse?

The pub’s food menu has been created keeping in mind the no frills policy of the place. There is a small but sufficient breakfast menu that includes cereal, followed by salads, appetizers, mains and even dessert.

For starters, there are some classics like chilli chicken, chilli beef and chilli pork, which are fast moving favourites, Sam tells me. The chilli beef is made different from Indo-Chinese version we often eat. It’s dry and topped with just a few colourful cubes of peppers, which throws you off on how spicy the dish actually is. But the spice doesn’t kill the taste buds; it is flavourful rather than imposing and enjoyable till the very last morsel. I also tried the bacon wrapped prawns. Dipped in the barbecue sauce it is accompanied with, this dish is hard not to love, as is anything wrapped in bacon.

For mains, I strayed away from the usual hamburger and went for a chilli dog, a hot dog topped with a generous portion of minced beef. The juicy combination was paired with my second drink, the Amaretto sour, a recommendation from Gita.

Dessert in a pub may seem a little far out. But why do anything half-baked, right? Apart from blueberry cheesecake, apple pie and brownies, the menu also offers a Bacardi spiked chocolate truffle cake. For those who love to indulge their sweet tooth, this is a good way to end a meal.

The young, cheerful working crowd that I was surrounded by seemed to be at home. Clearly that’s the kind of old school pub scene that Bootlegger is looking to create. And the good news is that they are already well on their way.