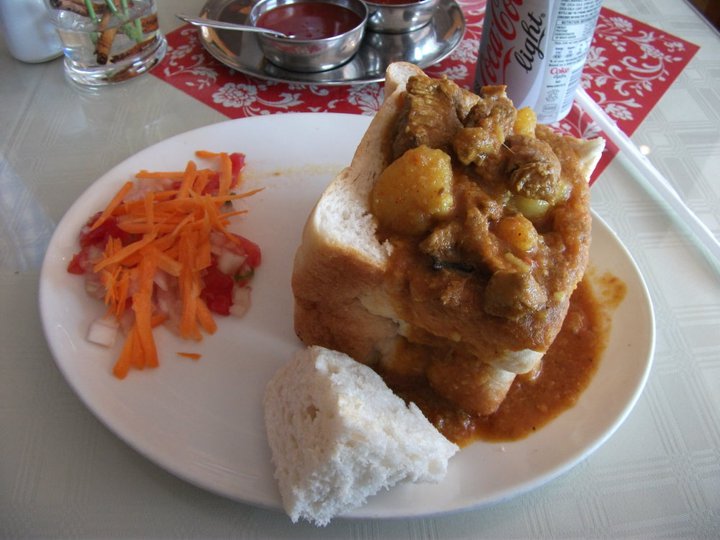 This Diwali let’s not ignore our diaspora and let’s honour the South African dish Bunny Chow. During the apartheid the Indian population of South Africa needed a way to take their food away. Eating in restaurants with the Whites was not permissible and rotis and curry were not easy to take away. They didn’t have easily available plastic containers (they didn’t have global warming either, go figure.) So a way to take away their foods to the sugarcane farms was devised. Hollow out a quarter loaf of bread and fill that with curry.

It is also called kota, because a quarter of a loaf is called a” kota.” But the name Bunny Chow is probably named after the Bania community, the caste that were taken as slaves to work on sugarcane farms in South Africa.

Apartheid has ended but the delicacy of Bunny Chow has remained and become a South African dish eaten by the Indian diaspora as well as South African natives.

Minal Harjatwala, a writer and poet, calls Bunny Chow “local from the outside, but Indian at heart”, much like the Indian diaspora.