Home | Restaurants | By Jingo, We Will Eat The Tricolour Idli 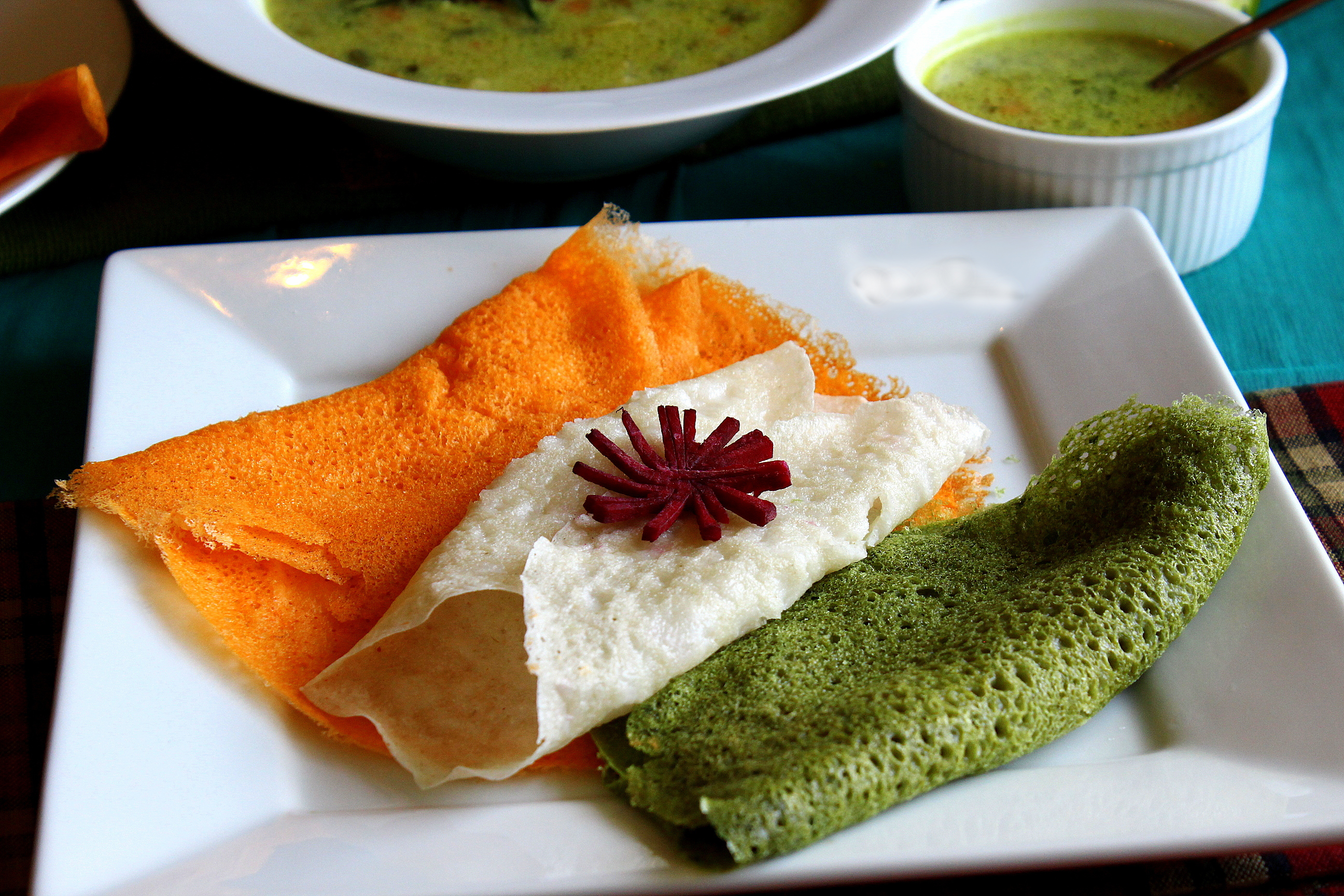 On Independence Day, the characterless idli is blank canvas upon which to express your patriotism and with the touch of permitted food additives, voila, the tricolour idli.

It’s not that Bangalore chefs turn to food colouring on every available occasion - Valentine’s Day has not yet inspired the Pink Chaddi Pilaf - but if you were to look at the national flag being bought on every street corner in the city, the national colours showing up on one’s idli is not gobsmacking.

Speaking of pulao, the most patriotic of adaptations is the tricolour pulao. Any run-of-the-mill rocket scientist or her husband could take the required amount of rice and divide it into three parts. The orange rice is usually arrived at by combining it with a paste that has onions and tomatoes, or if you want to push the boundaries of creative genius, use carrots as well. The white rice takes less science. And the green rice can usually be achieved by mixing the rice with a paste of coriander, mint and if don’t particularly value your mental acuity and want to be spiced up like a Bollywood villain, chillies. Arrange them in three rectangular blocks… we forget why.

This recipe can be expanded further by making the tricolour idli and tricolour dhokla. Mix the orange and green pastes with the batter before steaming and there you go.

You can also be ultra creative and make tricolour dosas, where you can’t get away merely arranging the components to rock a flag. After your orange and green batter is ready, you need to draw an orange semi-circle, a green semi-circle and then fill the centre with white batter.

But if your patriotism does not extend to bending over a hot stove cheat with a papaya, banana and kiwi-fruit salad. Get it? If you are keen to make a little bit more effort though, steam some carrots, baby corn and broccoli. Saute it with butter, arrange it and you're not shrinking with guilt when when they play the anthem at the movie house later that evening.

And considering it is said that the most popular food group in India - necessarily the most patriotic of course - is carbs, we need to finish with pasta. The usual red sauce can be mixed with a bit of carrot paste to give you the saffron layer. White sauce pasta is great for the stuff in the middle and liberally, the contents of a bottle of Sonia’s Pesto for the green part.

You can extend this to just about anything. Even vodka. Don't forget to boil your olives.