Home | BWSSB | Five Tablets To Find Under The Gifting Tree 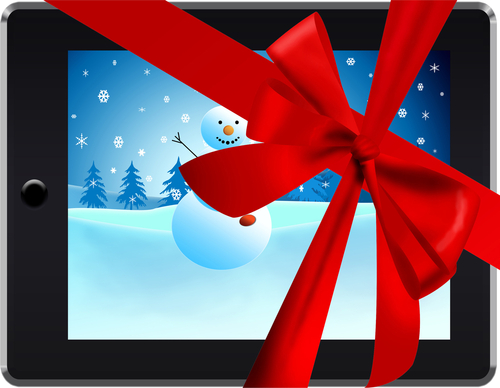 Maybe not everyone has a tablet in India, a lot of people preferring to use their phones, the market is definitely catching up… quickly

3.11 million tablet devices were sold in India in 2012. Having grown from one tenth of that number in 2011, this year, it is expected that the tablet market in India will see an increase of 100%. Indian tablet users are spoilt for choice in terms of what to pick. There are a wide range of options and several price points. We list five tablet devices available at different price brackets.

Apple iPad
Those who swear by Android will smirk and deny it, but the iPad is called the ‘big daddy’ as far as tablets are concerned. The new 4th generation version of the Apple iPad has a 9.7 inch screen but looks more or less like the previous versions. But the similarities remain aesthetic. The lightning adapter allows you to connect to projectors and camera SD cards. For photography enthusiasts, there is a 5 megapixel rear camera and a 1.2 megapixel front camera. The retina display ensures that there is very little pixilation. The 4th generation Apple iPad has a quad core graphics chip, and a quicker version of the Apple A6X system-on-chip mobile processor.

Samsung Galaxy Tab 3
The Samsung Galaxy Tab 3 comes in three versions, the T311, T310 and the T210. While the T311 and T310 are similar with an exception that the T311 is a Wifi only device, the T310 has a SIM calling feature as well. The T311 and T310 have an 8 inch display with 1280 x 800 pixel resolution. Based on the Android Jellybean 4.2 OS, they have a 1.5 GHz dual core processor, 1.5 GB RAM and 16 GB internal memory. The rear camera is 5 megapixels while the front camera is 1.9 megapixel. You can access two apps on a single screen on both versions of the tablet and has a universal remote control feature.

Sony Xperia Tablet Z
The Android Jellybean 4.2.2 based Sony Xperia Tablet Z is water and dust resistant and has a number of functions and features. The Xperia Tablet Z has a 10.1 inch LCD display with resolution os 1920 x 1200 pixels. It has a quad core 1.5 GHz Qualcomm Snapdragon S4 Pro APQ8064 mobile processor and 2 GB Ram. There’s 16 GB storage and is apt for those who have a passion for photography. The rear camera is powerful at 8 megapixels and the front camera is 2.1 megapixels. The Exmor R mobile image sensor in the tablet ensures you get good quality photos even in bad light.