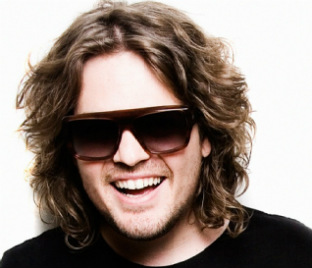 DJ and Grammy nominated producer Thomas Olsen, better known by his stage name Tommy Trash, will take stage on November 9 in Bangalore. Olsen shot to fame in 2009 when he was nominated for the Most Promising EDM category, by ARIA Music Awards. Olsen found himself in the same league of the world's best DJs after releasing his hit-single, The End. Rolling Stone and MTV have marked him out as ‘One To Watch’.

Olsen joins the list of the world's top DJs who have made it a point to be a part of the Indian EDM wave that has taken over the Indian music scene. Speaking on this tour he say, "It's a great time to visit India and join in the celebrations of the season. I have heard that Bangalore is the undisputed party capital of India. I am looking forward to set the mood right for a really long party."

Scheduled at the Royal Orchid Lawns, the evening will also witness celebrated DJs Nikhil Chinapa and Rohit Barker, who will be opening for Tommy Trash.
An excited Chinapa says, “Tommy Trash is a rare breed of DJs with amazing energy and a crowd friendly sound. I’m excited to see his enthusiasm and stage presence that will compliment our fans here. More importantly, it's going to be super fun to watch Bangalore erupt when Tommy Trash plays Reload, arguably the most popular track around after Don't You Worry Child.”

Having released on labels such as Axtoneto Fool’s Gold, Refune, Mau5trap, with two successive number one hits on Beatport, every new instalment of his poignant floor filling productions lay testament to the pride the Aussie takes in his blazing musical legacy. Trash’s high-profile remix includes collaborations with Swedish House Mafia, Deadmau5, Steve Aoki and Zedd, among others.

Managing Director of Indigo live, Mr Sanjay Prabhu said, “Tommy Trash is the first DJ we have brought to India and with this we have embarked on a journey that will weave EDM into the current live music craze that India is going through. Indigo Live has showcased an unbelievable experience with Snoop Dogg earlier this year. We are looking forward to offer similar experiences through our live music presentation"

Opening DJ for Tommy Trash, Rohit Barker said, “This has been an incredible ride and I am so excited to be playing alongside Tommy Trash. I know this is going to be one hell of a night, because the whole country knows we Bangaloreans know how to party. What better place (than Bangalore) to show Tommy what India is made of?”

Indigo Live will be promoting this event through their radio partners Indigo 91.9 in Bangalore.