Home | Bangalore In Pictures | Jayanagar, Yelahanka among best places to live in Bangalore 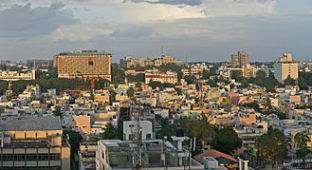 Bangalore-based not-for-profit organisation Janaagraha, on Friday announced the results of its Ward Quality Score (WQS) project, revealing a worrying decline in quality of infrastructure and services enjoyed by citizens of Bangalore.

The WQS assessed all 198 wards of Bangalore across 23 life indicators, such as water, sanitation, environment, mobility and public amenities. Pattabhirama Nagar in Jayanagar (ward number 168) and Yelahanka Satellite Town (ward number 4) are the best two wards with scores of 6.23 and 6.15 on a scale of 10 respectively. Jayanagar and Yelahanka are the best assembly constituencies by quality of life, taking into account scores of all their constituent wards.

Thanisandra in Byatarayanapura assembly constituency (ward number 6) ranks as the worst ward with a score of 2.4 on 10. Wards such as Kuvempu Nagar, Kadugodi, Singasandra and Gottigere are in the list of worst wards with scores ranging from 2.4 to 2.7 on 10.

Byatarayanapura, Yeshwanthpur, Mahadevapura and Dasarahalli are the worst assembly constituencies with the average WQS of their wards ranging from 3.3 to 3.9.

“Wards that were added to the BMP a few years ago continue to suffer from much poorer quality of infrastructure compared with the central wards of Bangalore. They have also been witnessing very high population growth as per Census 2011,” said Swati Ramanathan, co-founder, Janaagraha.