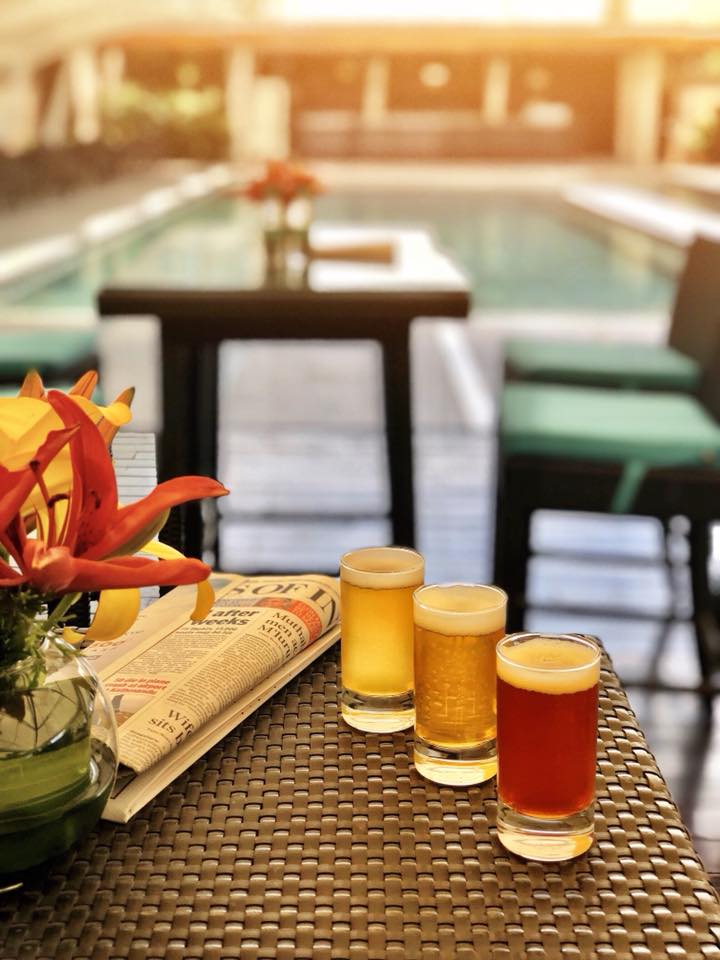 The hotel launches with four signature beers of Belgian heritage and two seasonal brews. Beer aficionados can look out for aroma, taste, flavour and mouthfeel of the beers.

The dedicated brewmaster at the hotel compares the brews to St Martin’s. The Abbey Bond is a light-bodied, straw coloured beer with floral and spice hints. The Abbey Dark is a dark beer with richer malts and a taste of roasted dark chocolate. Belgian White is a misty coloured beer with a grainy bittersweet aroma. And, the Abbey Tipple is a strong, dark golden beer with a peppery aftertaste.

Spice Terrace is the ideal space for the brewery with its open air, pool setting with indoor and outdoor seating.

The restaurant has curated a menu that complements the beers from starters to entrees too. What’s more is that you don’t have to dine at Spice Terrace to savour these new brews. The beers will be served at all the dining options at JW Marriott Bangalore.

The beers are available from 11am to 1am everyday. Prices start from Rs 350 onwards.