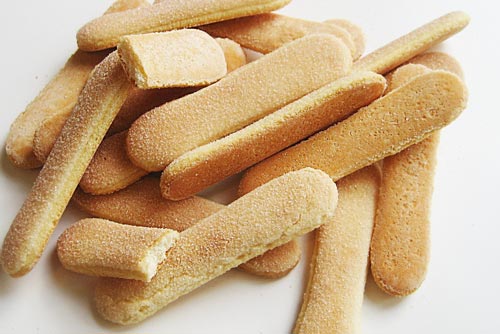 No this has nothing to do with Halloween and we are not serving up the fingers of ladies, chopped up for your pleasure.

Ladyfingers, a type of biscotti, are actually a light and fluffy egg-and-flour sponge cake that Italian’s call Savoiardi. It has it’s origins in the Duchy of Savoy.

It is said that in the 15th century, when the King of France visited, ‘ladyfingers’ were offered to him and very soon it became known as the court biscuit.

While it has become a popular part of Italian cuisine, ladyfingers have been popularised by their use in Tiramisu. They make up the fluffy, liqueur soaked portion of the Tiramisu.