Home | wipro | Lattes In The Time Of An Auto Strike 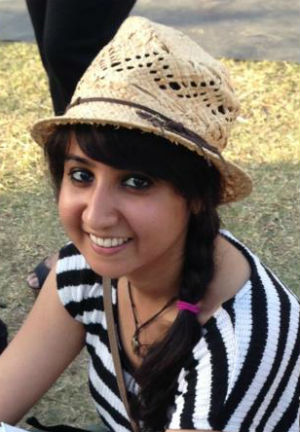 For those who depend on autorickshaws, a strike is one serious pothole in the daily commute.

The increase in LPG prices set them off. They have a long list of demands for the CM. This is in addition to the fact that they would not gear up their three wheelers for a whole 24 hours.

So here I was, without a vehicle and in need of a place to go to. I decided to walk up to Starbucks, which was at a proximity my feet would appreciate.

Who knew that coffee could be the saving grace in this time of autorickshaw abandonment?

Sitting in Starbucks, I find that I am surrounded by a handful of people. Great minds…

Mutual thinking aside, my journalistic instincts urge me to get chatty with these folks.

“It’s funny. Our offices are so close to each other and yet we hardly get to see each other during the week. You know, because of work timings and all that,” said Ankit Pandya, a HR manager at Fidelity, which is located in EGL.

“And also we have been wanting to try out Starbucks since it opened,” his girlfriend, Meera Menon added. Menon works as social media executive at Commonfloor.

This morning, Menon woke up to the woes of public transport, rather the lack thereof. When she called Pandya to request him for a ride, he suggested an alternative solution – Starbucks.

“If there are no auto rickshaws to take her to work, then why go to work, right?” joked Pandya.

But it was more than having a carefree moment of young love. Pandya and Menon decided to look at the upside of the auto strike. They had found in it an opportunity for some much needed quality time.

“It’s been a while since we went out. So this is nice,” said Menon smiling.
Pandya sipped on a cappuccino while Menon had opted for a salted caramel mocha. They shared a blueberry muffin and a conversation.

A little further from them, a middle-aged man reads the paper as his cup of Joe awaits him on the table. “I took off from work early,” he said. Sai Parepally works in Manyata Techpark.

Has that got anything to do with the auto strike?

“Yes, actually. I had to ask my colleague who was leaving work early for a drop. If I left later, there would be no one to drop me. I live right down this road, so I’m just having a light, laidback lunch,” he responded, pointing to his club sandwich.

Downstairs, Sasha Arjun and her gang of girls have decided to skip college for the day. “We are planning to say we couldn’t come because of the auto strike,” laughs Arjun mischievously. “I wish there were more strikes like this,” her friend added.