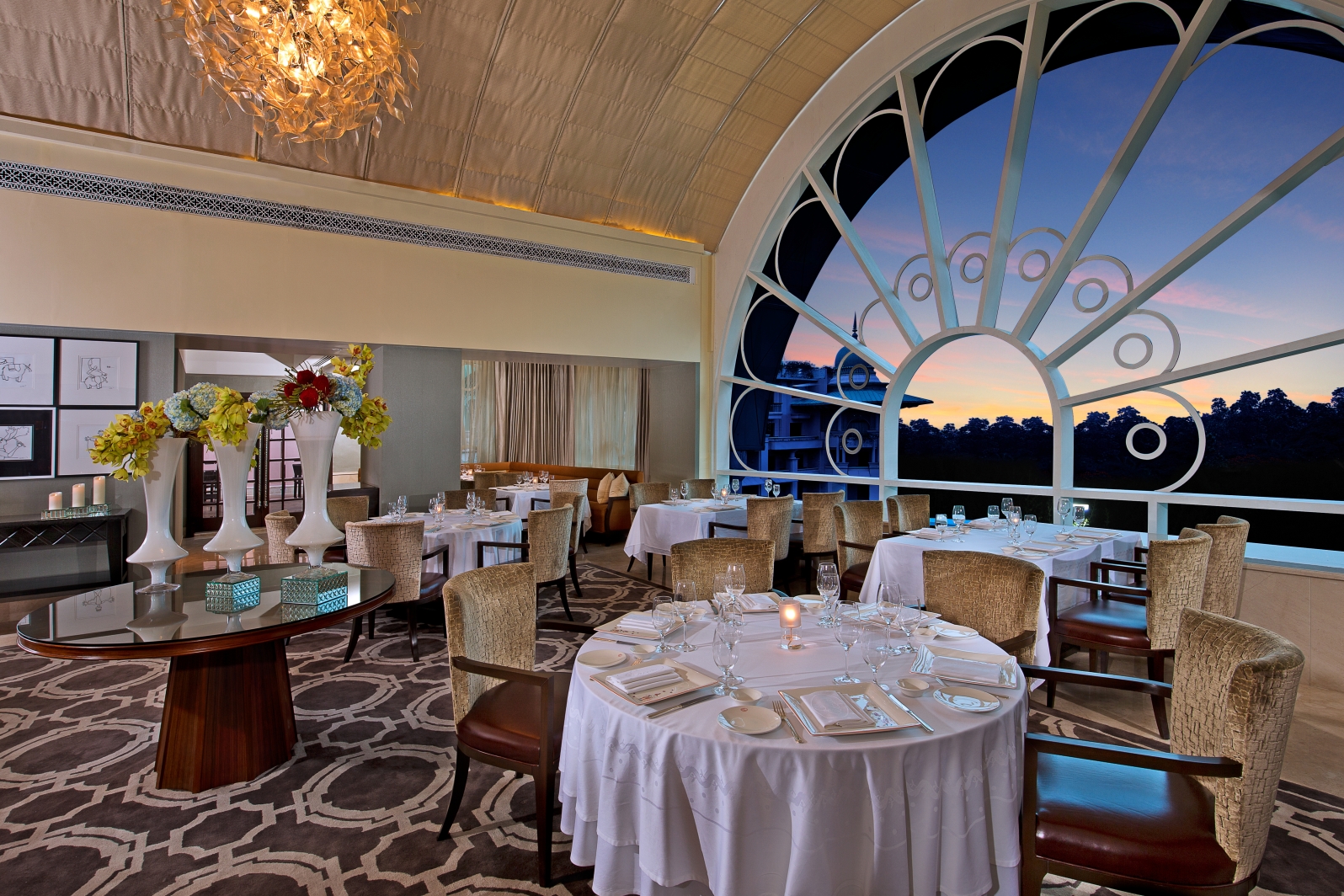 “Just FYI, that’s what Robert De Niro always orders in Le Cirque New York,” the manager informed us as we tucked into our Creme Brulee. We emptied the dish and the recipe, which had been embossed on the ramekin, emerged.

With a flourish, Le Cirque Signature has arrived in Bangalore. And Explocity got an exclusive sneak peek.

Le Cirque Signature at The Leela Palace has brought a new level of elegance and class to Bangalore restaurants. New Yorkers from Woody Allen to Frank Sinatra have all been regulars at Le Cirque and if that makes you feel a tad bit starstruck, the restaurant on Old Airport road will blow you away. The canopy roof, the giant window reminiscent of a clock tower and the soft jazz all took us back to the Flapper era.

The restaurant has a great menu boasting dishes like Black Truffle Risotto and Squid Ink Pasta and a complimenting wine list. Some of the signatures dishes from Chef Sirio Maccioni have also been brought down, and a tag on the menu indicates which dishes are signature. Innovation is clearly the name of the game. One of the appetizers has Red Onion Marmalade with Cheese Creme Brulee and one dessert features Eggplant Wafers.

We tried the set six course menu served in true French style and portions. The Tuna Tartare and Cauliflower Flan were our favourites. The attention to detail in the menu extends to the decor and the service.

Chef Matteo Boglione, an Italian who has been working in New York has executed the menu in the the Le Cirques in India. His guest have included Leonardo diCaprio and David Bowie and he is currently enjoying Bangalore. Chef found it a challenge adapting some of the dishes to their vegetarian counterparts. “In Mumbai I even had to make Jain versions, that was tough. In our international restaurants, there is maybe one vegetarian dish.” But the result has been spectacular.

Easily one of the most extravagant restaurants in Bangalore, Le Cirque apparently had to bring down the prices compared to Mumbai and Delhi. “The Delhi and Mumbai restaurants are more ‘chi chi’ but the atmosphere here is less black tie,” says Chef. But we were glad to hear that out of all the cities, Chef loves Bangalore the most. “The pace of life here is peaceful and the weather is gorgeous.”

Are Bangaloreans ready to shell out so much? We shall wait and see. But for now - the circus is in town.