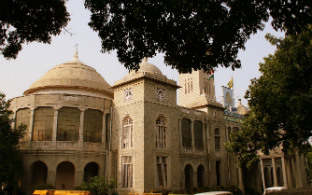 Bruhat Bangalore Mahanagara Palike (BBMP) budget for 2013-14 was sent to the State government a month ago. It is yet to get Chief Minister Siddaramaiah’s approval.

Sources at the BBMP and the government mentioned that it is unlikely to be approved anytime soon.

“Even if the budget is approved in the next one month, the BBMP will hardly have six months to implement projects announced in the Rs 8,500 crore budget. It takes another two months to call for tenders and finalise them,” thesources said.

According to the BBMP sources, Mayor D Venkatesh Murthy presented the budget on July 26 and the civic body’s Council approved it five days later. “The same was forwarded to the Urban Development Department on August 12 and we have not received any communication from them so far,” they added.
Explaining the delay in sanction, a senior official said the outlay of the budget approved in the Council exceeded Rs 8,500 crore.

“Our revenue mobilisation is not more than Rs 4,000 crore. When that is the situation, we cannot realise 50 per cent of the budget this year,” the official remarked.

Though the government demanded a realistic budget, the Mayor presented an impractical proposal and this may have stalled the government’s go-ahead, the official added.

Before the budget was presented, District-in-charge Minister Ramalinga Reddy said if the Mayor presented a feasible budget, it would be approved within a week.

“Since the budget exceeded the limit, the file is yet to reach the Principal Secretary (of the department). The Under Secretary of the Urban Development Department (UDD) cleared the files and sent them to the Deputy Secretary.

Later, the file will be forwarded to the Principal Secretary and then to the Chief Minister. Once the CM approves it, the file will return to the Mayor through the same route. This procedure is expected to take at least 45 days,” sources said. Unlike previous years, the government may not sanction the entire amount presented by the Mayor, they added.

Reproduced from The New Indian Express