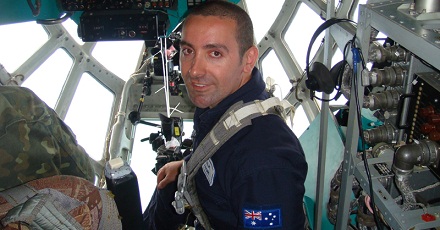 Self-help is a subject that is of interest to many people. And motivational speaker Nik Halik maybe worth a listen.

Nik Halik is a global wealth strategist, successful entrepreneur, international speaker, astronaut and a high adrenalin adventurer, best-selling author of the book The Thrillionaire. And he’s coming to Bangalore to tell us something about himself in the hope that it can change your life the way he has managed to change his.

He is a motivational speaker who has travelled all over the world to more than 100 countries telling his tale to hundreds of thousands of people.

Halik was born and raised in Melbourne. For the first decade of his life, Halik was medically confined to his bedroom. At age eight, he wrote down his top ten list of goals.
1. Walk on the moon
2. Live in a space station
3. Become an astronaut
4. Own beautiful places all over the world
5. Travel and explore more than 100 countries
6. Go to the bottom of the ocean and have lunch on the Titanic
7. Climb the highest mountains in the world
8. Run with the bulls in Spain
9. Become a millionaire
10. Become a rock ‘n’ roll star

At age seventeen, he moved to Hollywood, California from Melbourne to perform live on stage. At nineteen, he bought his very first investment property. Five years later he became a multi millionaire. Today he owns properties across the world. Halik traverses the planet and pursues high-adrenaline adventures. He has summited the highest mountains in the world and visited over 100 countries. He’s dived deep down and had lunch on the bow of the shipwrecked Titanic.

Nik is also a certified civilian astronaut and will soon be going into space to live on a space station with future plans to walk on the moon and will thus achieve all the goals from his list.

He is conducting this workshop for the first time in India on 26th June, Wednesday, from 5.30pm to 9.30pm at The Leela Palace, Old Airport Road, Bangalore.

Success Gyan, organizer of seminars and world-class trainings along with Scion Masterminds, and The Leela Palace, are presenting the event.