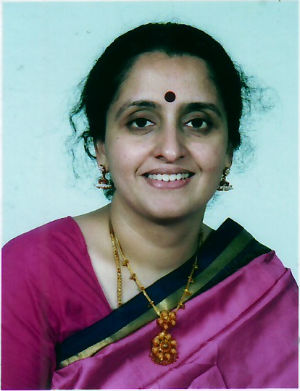 The verdict is out now. The parents did it. Or did they? That’s what the court believes. The recent verdict in the Aarushi Talwar murder case, that rocked the nation five years back, raises even more questions than there are answers for. Shoddy investigation, no eyewitness, trial in the media – it’s like a B-grade whodunnit that remains unsolved in the public’s mind. Yet the court has pronounced the parents guilty of murdering their only daughter. Did Aarushi get justice and are we any safer today in our homes?

Aarushi – all the television news channels flash the picture of a pretty young girl smiling at the camera. A thirteen year-old stepping into an exciting phase of her life and who by all accounts seemed a cheerful girl. The media coverage was relentless when she was murdered in a macabre fashion. Several people including a celebrity journalist was quick to lambast the mother who appeared on national television. “She was too cold, didn’t show any emotions when speaking of her daughter,” they said. If the verdict is overturned and it turns out that the parents didn’t do it, what then? Not only were the Talwars not allowed to grieve for their daughter but were convicted of the crime – once in the media and now by the court. A double whammy and of the cruellest kind. The denouement came none too quickly and only revealed how judgemental our society is.

Even as the Talwar case judgement was being anticipated and then played out, it had to share the front page with news of sexual harassment of a young journalist. The editor of a national daily, whose sting operations exposed several under-the-table shenanigans of politicos, is the accused at the center of this latest scandal. You have a fifty year old man, much revered for his candid views and zeal for justice on one side, and a young woman who worked for him, on the other side. What is wrong with this picture? It’s wrong on so many levels and once again raises the question how safe are we in our workplaces? What are we doing about safety for women?

In Bangalore, the weekend came with terrible images of a woman being attacked at an ATM in the heart of the city. The CCTV footage sent shock waves through men and women alike. Despite the early hours of the attack the sheer nature of the crime caught everyone unawares. Are we safe anywhere in public?

As a woman and a mother of young girls every one of these cases affects me at some level. Can we or should we just stop using ATMs, hesitate to step into a lift with men or not let our teen daughter out of our sight? Is this the nation we’ve become?

I know that when my teen comes back home from college today, I’m going to give her an extra hug and likely watch my phone and front door a little more anxiously.

Chitra Srikrishna is a Carnatic vocalist, writer and mother of two girls. Chitra has performed widely in sabhas in Madras, Bangalore, Hyderabad and overseas in the US and Canada. Her written work has appeared in Deccan Herald, The Hindu and San Jose Mercury News.