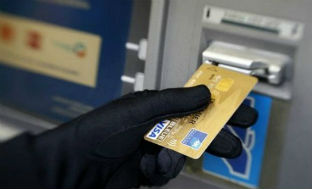 The need for a security guard at ATMs was only further proved on Sunday.

Saaduddin, a 32 year old security guard of the State Bank of India’s ATM in Hongasandra bravely took on two armed robbers and even helped arrest one, despite being attacked by them.

According to the police, two masked robbers came on a bike and entered the ATM kiosk around 3.30 am on the pretext of withdrawing cash. The duo was armed with a machete and a hammer, and they reportedly assaulted Saaduddin.

The incident was reported in Madivala police station limits early Sunday. Saaduddin nabbed Sandeep, 23, a native of Jammu, and handed him over to the police. However, the other robber managed to escape from the scene and the police are on the lookout for him.

The security guard was asleep when they entered and they assaulted him with a helmet. The duo made him sit in a corner and tied his hands. The accused Sandeep, who masked his face with a cloth, started hammering the machine, while the other accused stood outside the kiosk. His face was covered with a helmet.

“About five minutes later, Saaduddin heard a police bike approaching and attacked Sandeep. As his hands were loosely tied by the robbers, he managed to untie himself and picked up the machete that was left on the ground. He struck Sandeep with the weapon and the other accused standing out got scared and fled on his bike. Saaduddin and Sandeep got into a scuffle and Sandeep managed to run away. Meanwhile, beat constables, Manjunath and Tirumala Gowda, reached the ATM kiosk and Saaduddin told them about the incident that occurred earlier,” the police said.

“The cops tailed the bloodstains and managed to nab Sandeep who was trying to escape in the dark. He was admitted to NIMHANS for treatment, while Saaduddin was also admitted to a hospital as he was in a shock,” the police added.

The entire incident is recorded in the CCTV camera installed inside the kiosk and the police are verifying it. Madivala police have registered a case.