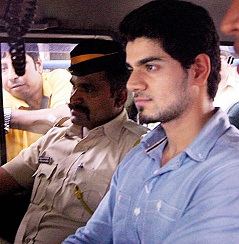 Sooraj Pancholi, son of actor Aditya Pancholi, was just another budding actor till a few weeks back. He is now under police custody with regards to the Jiah Khan suicide case. Pancholi was in a relationship with actress Jiah Khan which, according to recent proof, was one of the main reasons leading to the actress’s suicide. In letters written by Khan (which were shared online by her mother post her death) she clearly mentions instances of abuse, heartbreak and intense emotional trauma cause by Pancholi.

Pancholi, who is preparing to be launched soon by superstar Salman Khan, has admitted to have abused Khan.