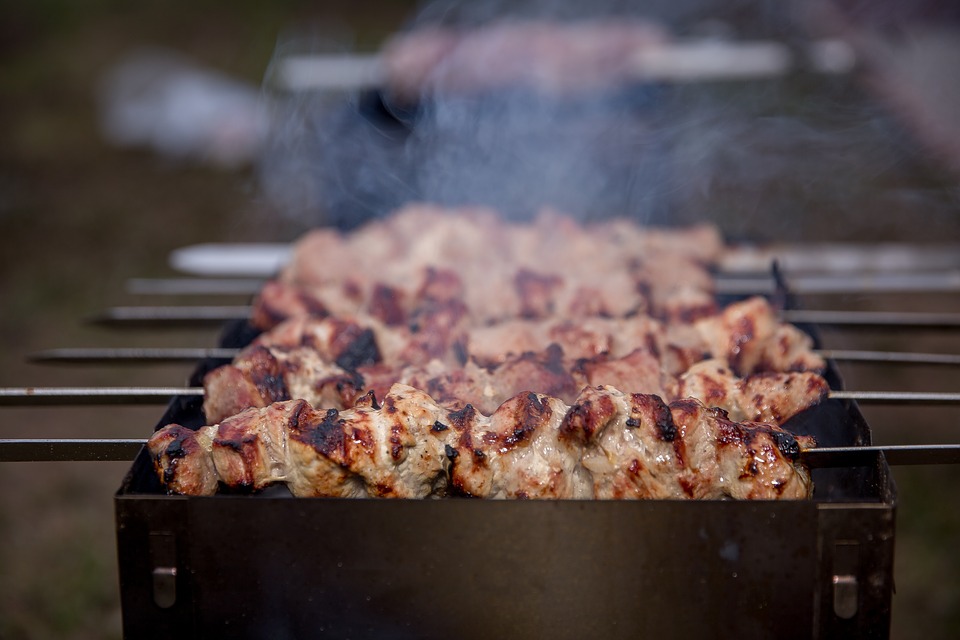 There’s a kebab festival at The Royal Orchid and it’s called, the Kebab-e-que festival. (Get it? Bar-be-cue…?)

Before we get down to the details, here’s a quick primer on the kebab. While there are varying stories over where it originated, there is some consensus on the fact that the kebab probably originated in Asia, most likely in the Middle East. In India, most modern-day kebabs trace their origins back to the Mughal cuisine. While the pre-Mughal kebabs were mostly about the chunky meat, the post-Mughal kebabs were all about delicate taste and  succulence.

These kebabs are the curation of Chef Altaf Ansari, masterchef from Lucknow, with over two decades of experience. His Kebab-e-que features chicken, mutton and vegetarian kebabs on a platter in a mutable menu. Perhaps one of the most popular kebabs India is the Kakori kebab, originating from the small village of Kakori. This boneless mutton kebab, made seekh-style, is known for its melt-in-the-mouthness. Medium strength spicy, this kebab uses a spice mix that is made by Chef Ansari. He calls it Ansari Masala.

Ansari has received praise for another popular mutton kebab called Asli Galouti Kabab. He explained to Explocity that this kebab is made on the tawa and is shaped round. His USP is that he doesn’t use any flavouring agents like vinegar. Instead he used the traditional  way of flavouring called thepotli ka masala –50 spices including liberal quantities of pepper and star anise, packed together in a little potli, or a small round little bag, that are used for flavouring.

One of the chef’s signature dishes is The Chicken Gulnar. Made up of soft pieces of boneless chicken leg, the red colour is testimony to the spicy Gulnar masala that is used. We can’t tell you what’s under the hood, because the chef is giving nothing away.

And there’s the Bandipur Hariyali Kebab, a chicken kebab that pays tribute to the leafy, green environs of the hotel. Palak, together with mint, and coriander impart the green colour. Onions, ginger, garlic and whole masala is used making this kebab ideal for the monsoons. And for those who prefer a life without spice, there’s the Murgh Makhmali. Lots of cream, cashewnuts, cardamom, cheese and go into making this spice-free kebab that is guaranteed to not make your eyes water.

Vegetarians need not sulk. They can try the musically named Tarana Kabab. Broccoli, babycorn and paneer combine to provide different tastes in this East meets West dish. And spice haters can try the Dahi ka Kebab.

The Kebab-e-que festival is on till the 31stof August at the Royal Orchid Hotel, and is available for both Lunch and Dinner @ Rs 1199 per person.