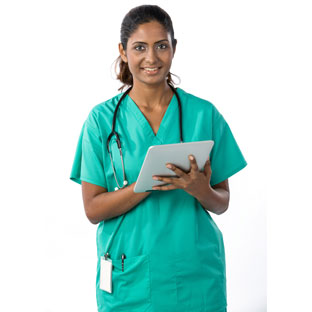 The battle for a healthy India is an uphill task. Harsh realities like admission to nursing colleges and schools in India coming down by half, and over 1.5 lakh primary health care centres in various parts of southern India not having doctors are some of the grim reminders.

The downside of harsh realities in the healthcare in India were revealed by none other than Dr DeviShetty, chairman, NarayanaHrudayalaya at a seminar organized by All-India Management Association (AIMA) on Tuesday. The event focused on 'Sustainable strategies for a healthy India: Imperatives for consolidating the healthcare management Ecosystem'.

"We have over 1.5 lakh primary healthcare centres in various parts of south India that have no doctors. A doctor holding an MBBS degree is too qualified to be the primary healthcare provider. Instead, we should look at 29,000 Ayush doctors, who graduate annually. All they need is a certificate of six months to prescribe basic antibiotics. This can be done with the help of a letter by the health ministry as we have such courses available through IGNOU. But despite our continuous efforts, the letter hasn't come in the last eight years," said Devi Shetty.

"In the next five years, we will not have anyone to be called as nurses," said Shetty, describing the pathetic condition of the nursing sector. "In our country, a nurse with 20 years experience cannot legally prescribe a paracetamol tablet. We need to change their career progression structure. We are already short of two million nurses," said Dr Shetty.

Speaking about the poor state of healthcare, Dr Shetty said, "About 47% rural and 37% of the urban population borrow money to pay their medical bills. The reason is that our government pays less than 1.1% of the total GDP on healthcare. The only government paying less than us is Pakistan. We can be the first country to disassociate healthcare from affluence. We produce the largest number of doctors, nurses and medical technicians in the world."

Vishal Bali, group CEO, Fortis Healthcare, spoke about the nation's low immunization rate (40%). "If we cannot improve on this, how can we expect a healthy population in future?"