Home | hoax | When Your Idea Is Not Your Idea Anymore 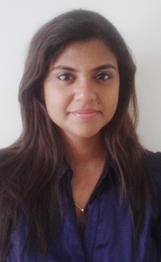 "But it's our idea!" they pleaded.

I found myself in the position of someone trying to explain the apparent unfairness of the law to two extremely eager third-year engineering students. They had approached me for legal advice on a new venture, a social network platform to share information about intercollegiate festivals.

Understandably, they were concerned about how they could protect their potential business. First, we talked about the different ways in which they could protect their online content - their interface and their logo - but then as the discussion progressed, a larger question hung over their heads. "How do we make sure that our idea is exclusively ours and that no one else gets to copy it?"

In fact, the law doesn’t protect ideas. It only protects an expression of an idea.
After speaking with so many people in creative disciplines, I find that many, if not all, believe that once they have an idea, that idea is theirs - especially if they have shared that idea with someone. They believe, by extension, that if they can prove that they had the idea first, they can prevent someone else from implementing it.

Often, they complain about how someone ‘stole’ their idea, and I have found myself explaining to them that it is technically impossible to own an idea, much less steal one.

Here's a little bit about the how and why.

The first thing to understand is that the law does not extend ownership to ideas; it only lets you own the expression of an idea.

This simply means that your idea cannot be considered yours until you do something with it, which is what ‘expression of an idea’ means. So, as long as the idea stays inside your head, and doesn’t find itself articulated in some tangible manner, you can kiss any legal exclusivity over your potential business goodbye.

Let’s say you meet this friend and you tell him about your brilliant business idea to start a food truck that specialises in selling gourmet cupcakes.You tell him how you want to call it “Gourmet Cupcakes on the Go”. You even tell him about your idea for a logo—a design that features the sketch of a beautiful woman, carrying a tray of cupcakes. You’re excited about it and he says it’s a brilliant plan.

One uneventful month later, you find yourself stopping short on the street at the sight of a food truck called “Gourmet Cupcakes on the Go”. The side of the truck has the image of a beautiful woman, carrying a tray of cupcakes.

You guessed right; he implemented ‘your’ idea.

I'm afraid not. This is because you never made an "expression of your idea" and since you can’t own the idea of starting a food truck, you have no real legal claim over anything affiliated with his business.

Your hypothetical plight is a good example of why start-ups and entrepreneurs need to remember that the law only protects the expression of an idea, and not the idea itself.

Understanding this allows an entrepreneur to identify those aspects of his or her business that can be protected, or to differentiate between being “inspired” and committing pure, unadulterated plagiarism or theft.

Maybe registering a few aspects of the business (like the name and the logo) would have gone a long way in protecting some aspects of your hypothetical business and at least kept some of your arguments alive. However to argue that you, and only you are entitled to owning the idea of food trucks, and that no one else in the world can start their own food truck – well you see how that’s just not something that the law is going to protect.

There are deeper legal arguments about what does and does not remain under the purview of legal protection, but I’m going to keep this piece super simple and explain that the law cannot allow someone to create a monopoly in a business merely by claiming ownership of an idea. Ergo, you can copyright a design, trademark a product name or patent a unique process by which it works but you cannot "own" the idea of it. Meaning, that just because one company specialises in manufacturing small, affordable cars, it doesn't stop you from starting your own business of making small, affordable cars. The thing to look out for is the details – like branding and the name.

This is why Westside Story is just like Romeo and Juliet. No one can “own” the idea of a romance with star crossed lovers, and feuding families; but if Westside Story, quoted lines from Romeo and Juliet – that would be copying or infringement. (Although technically, Romeo and Juliet is public domain – which is a sort of free for all in that you don’t need the author’s permission to re-interpret the work.)

Some free advice? If you have an idea, brilliant or otherwise, put something down in writing. Better yet, if you’re discussing a new proposal with a company or an investor, get them to sign a non-disclosure agreement that also ensures that they will not use your idea without your consent.

And always remember that your idea becomes your idea, only when it gets out of your head.

Manojna Yeluri is a lawyer who specialises in Entertainment, Media and IP law. She got her B.A., LLB (Hons.) from NALSAR, Hyderabad and later a Masters in Law from the UCLA School of Law, USA. She currently authors Artistik License which can be accessed at artistiklicense.wordpress.com.