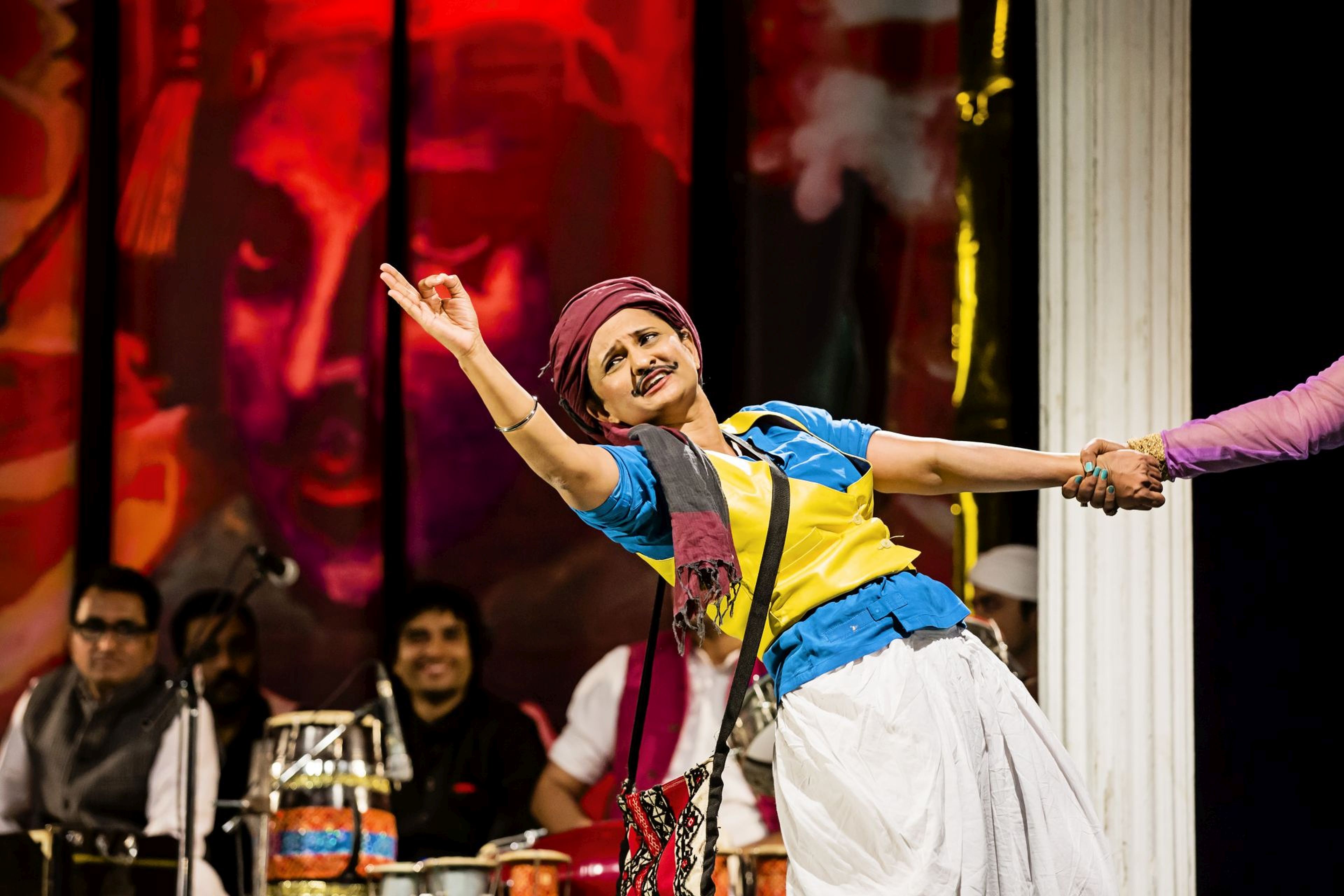 Adapted by Amitosh Nagpal, the play is directed by Atul Kumar with the supremely talented ensemble cast and musicians of The Company Theatre. Music is by Amod Bhatt.

“Piya Behrupiya” was among the 37 plays from 35 countries commissioned by Shakespeare’s Globe Theatre as a part of it’s Globe to Globe festival in ’11. A musical extravaganza with an extremely talented ensemble cast and loosely based on the Nautanki style of theatre, the play became an instant hit. After the standing ovations and critical acclaim in Globe, the play has continued its dream run in India and abroad. It has been among the most popular shows in Ranga Shankara.

The musicians and singers of Piya Behrupiya will conduct a workshop to teach the songs from the play to children aged 8 to 15. These sessions will take place in the Ranga Shankara foyer on Sat and Sun, Feb 15 and 16 at 11 AM. Registrations will be at the venue from 10:00 AM on Sat, Feb 15. The children will perform a few songs in the Ranga Shankara foyer after the workshops.

Ranga Shankara completed 15 years on 27 Oct ’19. The significant milestone is being celebrated with year-long special events that bring the best of theatre to our audiences.

Atul Kumar is among India’s foremost theatre practitioners. In a career spanning more than 30 years, Atul has been a prolific Director and Actor.