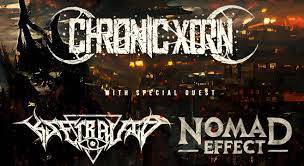 A journey that began in 2007, CHRONIC XORN travelled a long path, overcoming numerous obstacles on the way. Chronic Xorn’s sound is ingrained in Heavy Metal with a blend of melodic elements, unique in its own earnest. Several listeners and music lovers unaware of the our music recognized us in October 2009 with our feature in the 'Headbangers' India. The first English metal band from Eastern India, we gradually made a mark in the global metal circuit. It began with Six Inch Nails Records signing CHRONIC XORN in 2010 for releasing a debut EP 'DEATH DESTRUCTION SERMON' in May 14, 2010, making them the first band to receive a record label from Eastern India.

Conceptually, the band writes about things that reflects on embracing individuality, a process to know oneself. Sonically, their music is a blend of brutal, progressive and melodic aspects of sub-genres of metal with lyrical content highlighting religion, political and social evils which everyone can relate to. 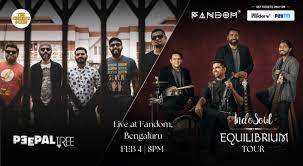 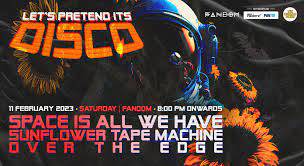 Let's pretend it's DISCO ft. Space Is All We Have