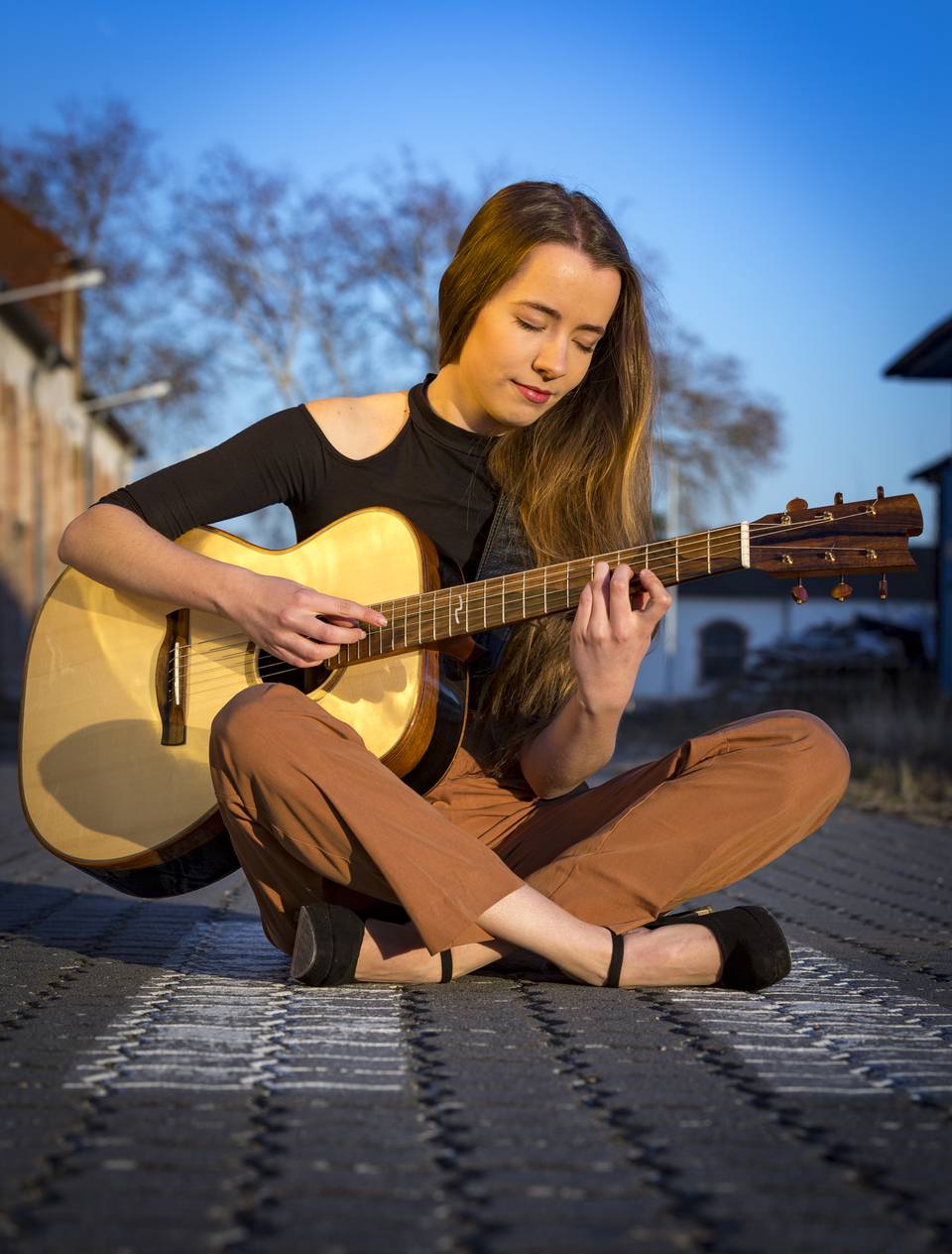 The festival will include All India FingerStyle Competition Finals

The idea is invite the best guitarists all over the world to come and share their mastery of guitar craft and their individual styles and techniques with Bangalore audiences, in an intimate environment. The musicians perform solos, duets, trios and more. The range of styles and genres is scintillating and a must for all music lovers. This year, we are thrilled to have a young genius girl guitarist - the brilliant Julia Lange, from Germany, who plays a range of styles from classical to funk. Antoine and Samuelito form a globally well known duet of Gypsy jazz and Flamenco. Antoine and Yeore play guitar & harmonica duets based on jazz and pop standards and symphonic compositions. Instruments will dance together in unique styles, leaving a large place for improvisation, following the lineage of Django Reinhardt, Toots Thielemans and many others.

Antoine Boyer: (Genre: Gypsy Jazz) Antoine Boyer drank from the most authentic sources of the gypsy jazz guitar, studying with masters such as Mandino Reinhardt and Francis Alfred Moerman. Following the launching of Sita, his 3rd CD, Antoine Boyer was honored by Jazzman magazine and chosen as "Révélation 2012" by Guitarist Acoustic. He is the first Gypsy jazz guitarist to receive this highly-prized award. Antoine Boyer has been programmed by most festivals devoted to Gypsy jazz in the United States
and Europe.

Quoting Antoine: “I’m musician, guitarist, composer, based in France but at the end of the day just another human being, another creature on this planet doing its best to be one with the world around!”

Julia Lange: (Genre: Classical, steel string, funk) This young German crossover guitar star, Julia Lange appears equally at ease playing classical, steel string, and funk. Versatile is perhaps an understatement. As a D!Addario sponsored artist, Julia has been seen on stages across Europe and China playing her wonderful arrangements, with her funk band, with other great musicians, and performing standard classical repertoire. With an enviable command of the guitar and guitar styles, her virtuosic technique comes across in a wonderfully relaxed and musical manner.

Quoting Julia: “Guitarists that influenced me who also changed my life in a certain aspect were for example Tatyana Ryzhkova. Tommy Emmanuel and Andy McKee were the first artists that inspired me to do my own thing. Last year was again a changing point when I discovered the Funk band Vulfpeck and I totally fell in love with Cory Wong!s awesome rhythm guitar playing and that made me pick up my electric guitar and start a Funk band with friends.

Samuelito: (Genre: Flamenco) Samuelito is a young French guitarist who has managed to combine tradition and modernity in his compositions. His playing is not just full of virtuosity, but also personality and strong character. This young prodigy started his musical learning at the early age of 6, studying classical guitar in Caen conservatory, his homeland. Aged 8, he discovers his passion for the flamenco guitar, and starts to study falsettas of great maestros, such as Paco de Lucia and Sabicas, for instance. His career starts when he is 16, taking part in shows by accompanying great musicians, both French and Spanish ones.

Konarak Reddy: (Genre: Indian jazz-rock) Konarak is a legend among music aficionados in India and Europe. He is known for his finger-style playing, as well as for integrating Hindustani and Carnatic styles of improvisation into his guitar technique. His much talked about pulling technique on guitar and his beautiful alaaps come from his skill on the sarod. He has been playing with other fingerstyle guitarists in Europe including Peter Finger, Claus Boesser-Ferrari, Bob Bonastre, Sandor Szabo, Jacques Stotzem, Dylan Fowler for more than 25 years. In 2000 he initiated World Guitar Nights and All India FingerStyle to provide a platform for great guitar masters and to encourage young upcoming Indian guitarists. This has since evolved into Global Guitar Gita.

Yeore Kim: (Genre: Jazz) Yeore Kim, is a harmonica player, and has been touring since her teenage years in the Korean jazz scene. Multi-instrumentalist, she plays also trumpet, drums, cello and piano. She received a master from the Seoul Music University, and won competitions like Asia Pacific Harmonica Festival, Seoul Harmonica Festival, and the World Harmonica Festival. She played in various music groups touring in Korea, India and Japan and in different styles (jazz, reggae, theater collaborations, tango, pop, rock)