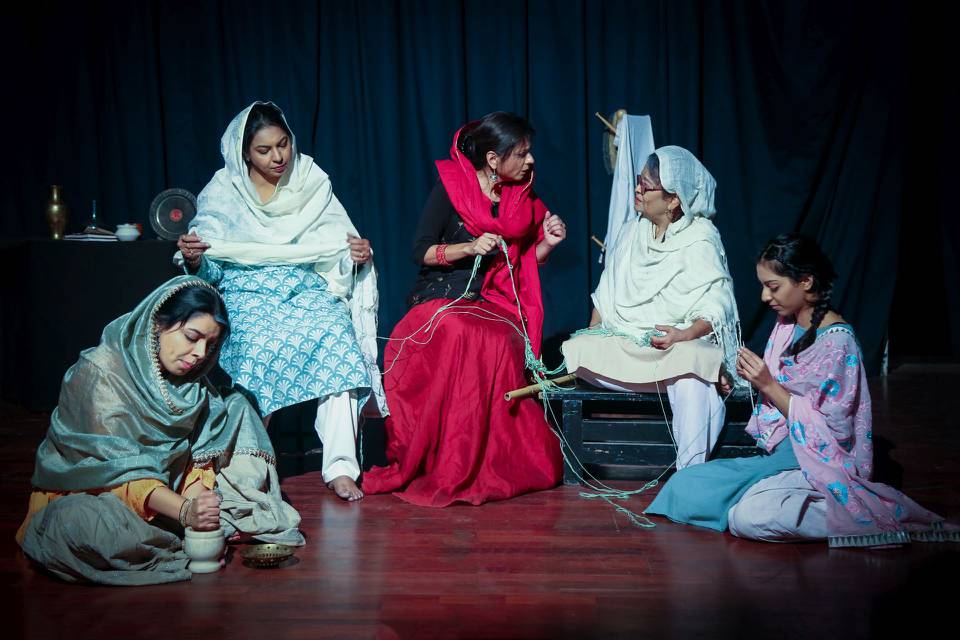 Bengalurians to get a treat of Asghar Wajahat’s famed play ‘'Jiss ne Lahore Nai Dekhya...” at Koramangala Club on the 13th and 14th of March 2021.

As the people of Bengaluru are getting over the new normal notion, it is seen that life is going back to what it was before as also the cultural scenario in Bengaluru. With one of the most awaited plays that was to be staged during March last year being stalled due to the pandemic and lockdown, the people of Bengaluru can now look forward to witnessing this much awaited play – Jiss ne Lahore Nai Dekhya… O Jamyai Nai (translates to – one who has not seen Lahore… has not been born).

Written by Syed Asghar Wajahat in the 1980s, the play revisits history in the aftermath of the partition of India (Hindusthan). Directed by Zafer Mohiuddin this acclaimed play in Hindi with an essence of Urdu and Punjabi will be staged at Kaladwarka, Koramangala Club on the 13th and 14th of March 2021.  The play that entertains with its share of drama and histrionics is produced by Kathputliyaan Theatre Group in association with Alliance Francaise de Bengaluru.

“This play has been staged many times by Shri Habib Tanvir who was a legend of Hindi and Urdu theatre apart from many other eminent directors. I thought of reviving the play as it is still relevant in our present times. The play carries a very significant message about humanity and brotherhood among people from different communities”, says Zafer Mohiuddin explaining about the inherent message in the play that is set in the 1940s.

He further says, “Last year we were all prepared to stage this play during March and unfortunately the lockdown was announced. It was a task to get all the artists back and some were replaced with new actors and we are now all set to stage it in association with Alliance Francaise de Bangalore during the last weekend of February. We have been looking forward to this day since a year and I wish to acknowledge all my actors and production team who have worked hard to bring this play alive”.

The story is about an elderly Hindu lady who remains adamant and stays back in Lahore, Pakistan after the partition. By a cruel twist of fate, she is robbed of her only son and family as a result of the riots during partition and refuses to be deprived of her home, which gets allotted to a Muslim refugee family from Lucknow. Having suffered the painful displacement of partition, the family remains hostile, not averse to bringing in the local, political goons to get rid of the old lady. Even as the goons move in, sensing the advantage of exploiting the situation, they remain unsighted to the inherent strength of human kindnesses that brings a paradigm shift. An unfathomable bond surfaces between the old Hindu woman and the displaced Muslim family that fills up the vacuum in their lives with her kindness and selflessness, guiding them in a strange land due to which the family and others feel indebted to her. It is this unexpected human bonding and empathy for our fellow beings, the ability to see ourselves in others, a brotherhood of inclusion that makes the world such a beautiful place despite repeated attempts at divisiveness by people with vested interests. The in-depth emotions and nuances of human relationships irrespective of religion or nationhood seems to jump out of the portrayal of all the characters in this brilliantly written play, which communicates an omnipresent fact that human emotions are same everywhere and it crosses all territorial, cultural and national boundaries. It very strongly advocates the idea of religious co-existence and emphasizes the fact that all religions support love and compassion as an inherent characteristic of every human being.

Inspired by the words of William Shakespeare, “The world is a stage and all men and women are merely actors”, Bangalore-based architect, voice-over and theatre artiste, Zafer Mohiuddin conceptualized Kathputliyaan Theatre Group along with other trustees. This organization was formed in order to focus on addressing significant social issues that are a hindrance to the progress and peace in our society through the medium of theatre as well as promote Indian literature, Arts, Music, and Drama.

The first play of this group, ‘Darwaaze Kholdo,’ was staged in 1988 post which the group presented several Hindi and Urdu plays such as ‘Zabaan Mili Hai Magar,’ ‘Vaastu Chakkar,’ ‘Taj Mahal ka Tender,’ ‘Ek tha Gadha,’ ‘Daadh ka Dard,’ and many more, all of which played to packed houses.

Kathputliyaan embraced music and dance in its presentation encompassing the essence of performing arts and promoting it through runaway hits such as, ‘Zikr-e-Ghalib’, ‘Tipu Sultan ke Khwaab’ written by Girish Karnad; translated and directed by Zafer Mohiuddin, which again played to packed houses in India and abroad. ‘Shaadi ki Kirkiri,’ a play in Hyderabad's Deccani dialect based on the book ‘Merry Go Round’ by renowned author and playwright Sadiqa Peerbhoy, was again translated by Zafer Mohiuddin and directed by him.

The passion of the director is to continue encouraging arts and literature along with saving and restoring the beautiful world of theatre, art and music, thereby bringing the best of performances to the audience in India and abroad.