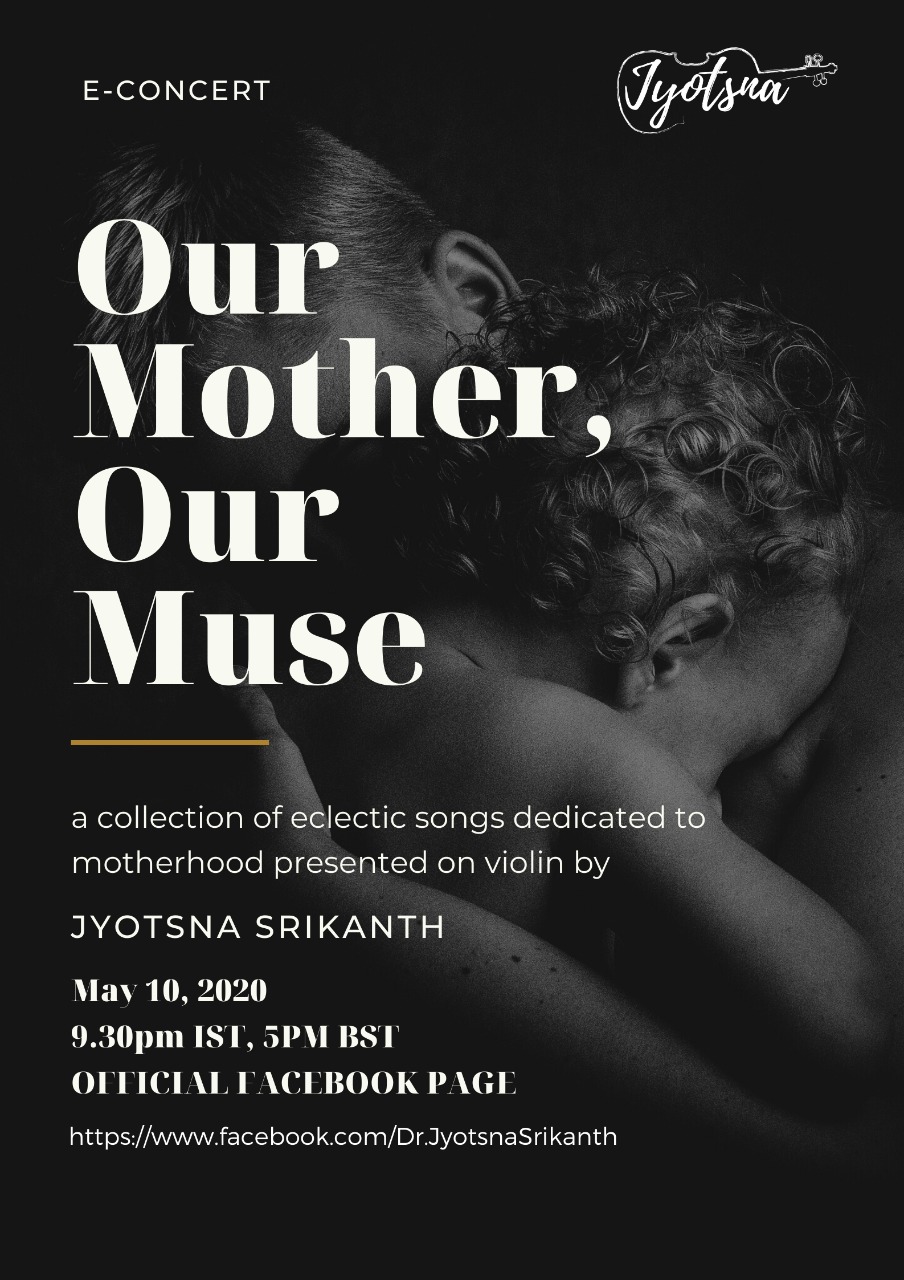 Dr Jyotsna Srikanth on Sunday, May 10th at 9.30PM on official Facebook page

·         Jyotsna Srikanth is the most sought after South Indian Carnatic violinist known for her versatility and ability to collaborate with different genres seamlessly, but she is known to present chaste carnatic violin concert when performing pure classical music. She can switch between different genres with ease.

·         Jyotsna Srikanth started her musical career at the age of nine from her mother Rathna Srikantiah and later from R. R. Keshavamurthy, the legendary seven stringed violinist.

·         She is an all rounder who has given numerous South Indian classical (Carnatic) solo concerts, jugalbandhi concerts, jazz - fusion concerts and Contemporary Indian Music shows apart from accompanying musicians of repute.

·         Adding on to this, she has flourished as a performer and composer, exploring lush ground in the crossover between Indian music and a variety of world music & contemporary flavours.

·         Her violin playing has a nice blend of musical expression and emotion with good technique, a result of three ‘decades of experimentation’ as per a critic.

·         She has presented carnatic music in venues and festivals of the world, where the audiences are only exposed to North Indian classical music from India and haven’t heard about Carnatic music.

·         She is also popularizing Carnatic music by presenting workshops and talks on appreciating Carnatic Music around the world.

·         She received the Ganakalashree award from Karnataka Ganakala Parishat , India

·         She is a medical doctor, a postgraduate in Pathology. She is now into music completely

·         Jyotsna has now relocated to her roots and is based in Bangalore.