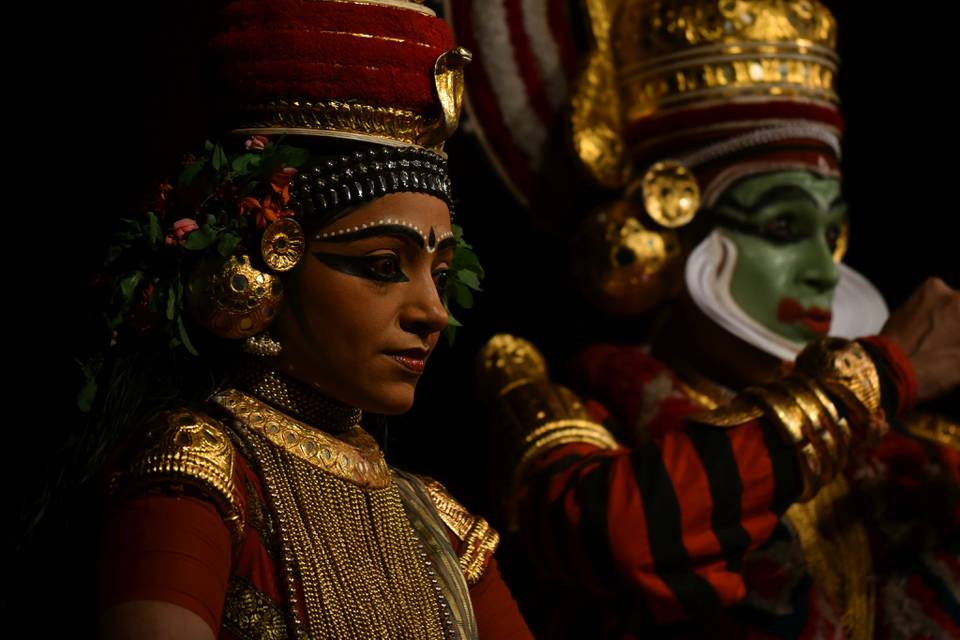 The Kottichetham Kutiyattam Ensemble brings 'Vikramorvasheeyam' to Ranga Shankara on Fri, 26 Feb 2021. The play is a part of Ranga Shankara's 'Return to Theatre' campaign and is supported by the Goethe-Insitut/ Max Mueller Bhavan.

The piece is the story of the powerful love between King Pururavas and the Apsara Urvashi. This interpretation has only the Sutradhara, Pururavas, and Urvasi. It is a depiction of Urvasi's kidnap by the demon Kesi, and her rescue by King Pururavas.

"Last year, Kutiyattam joined Ranga Shankara's 15th-year celebrations in the form of Natanakairali's 'Urubhangam'. The show sold out in record time! We're extremely excited and happy to be bringing Kutiyattam back to the RS stage this year with 'Vikramorvasheeyam', exposing Bangalore audiences to this rich art form that they may otherwise not be able to see live, in all its glory. We hope the enjoyment is the same this time, too.", says Arundhati Nag.

The play is for audiences 8 years and above.

Ranga Shankara is the definitive space for quality theatre in Bangalore.  Since it opened its doors in October 2004, Ranga Shankara has developed into one of the nerve centres of theatre in India, firmly believing in ‘a play a day’, resulting in over 6000 performances by local, national and international troupes in a range of languages in Ranga Shankara’s 15 years. One of the most affordable, accessible theatres in the country (making it a favourite among amateur theatre troupes), Ranga Shankara is also known for its many festivals such as the annual Theatre Festival, AHA! Festival of Theatre for Children and Equal, all contributing to the richness of cultural fabric of not just Bangalore, but India, too.