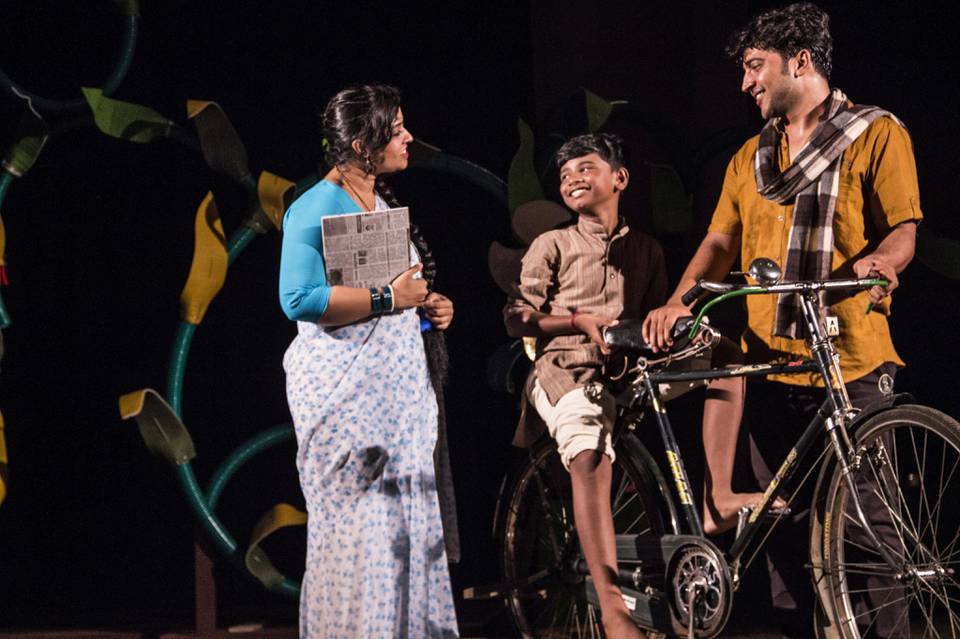 Rangavalli, Mysore's iconic play, 'Paarshwa Sangeetha' will be staged at Ranga Shankara. The play is a part of Ranga Shankara's 'Return to Theatre' campaign and is supported by the Goethe-Institut/ Max Mueller Bhavan.

'Paarshwa Sangeetha' narrates author Srinivasa Vaidya's association with timeless melodies of Hindi films. The play presents the way in which these songs are interwoven into our lives and their impact on us. 'Paarshwa Sangeetha' is a tribute to these classics, from the 1940s till date. It also pays tribute to legendary singers like Talat Mehmood, Sehgal, Rafi, and Lata Mangeshkar, whose songs have tugged at the heartstrings of many generations.

Mysore-based Rangavalli is an experimental theatre troupe formed under the guidance of eminent theatre personalities Prashanth Hiremath, Nandini K R, Krishnakumar Narnakaje, H K Dwarakanath, and K J Sachidanand. The troupe has many well-received plays to its credit and is known for its popular Kannada adaptations of well-known English plays.

Ranga Shankara is the definitive space for quality theatre in Bangalore.  Since it opened its doors in October 2004, Ranga Shankara has developed into one of the nerve centres of theatre in India, firmly believing in ‘a play a day’, resulting in over 6000 performances by local, national and international troupes in a range of languages in Ranga Shankara’s 15 years. One of the most affordable, accessible theatres in the country (making it a favourite among amateur theatre troupes), Ranga Shankara is also known for its many festivals such as the annual Theatre Festival, AHA! Festival of Theatre for Children and Equal, all contributing to the richness of cultural fabric of not just Bangalore, but India, too.