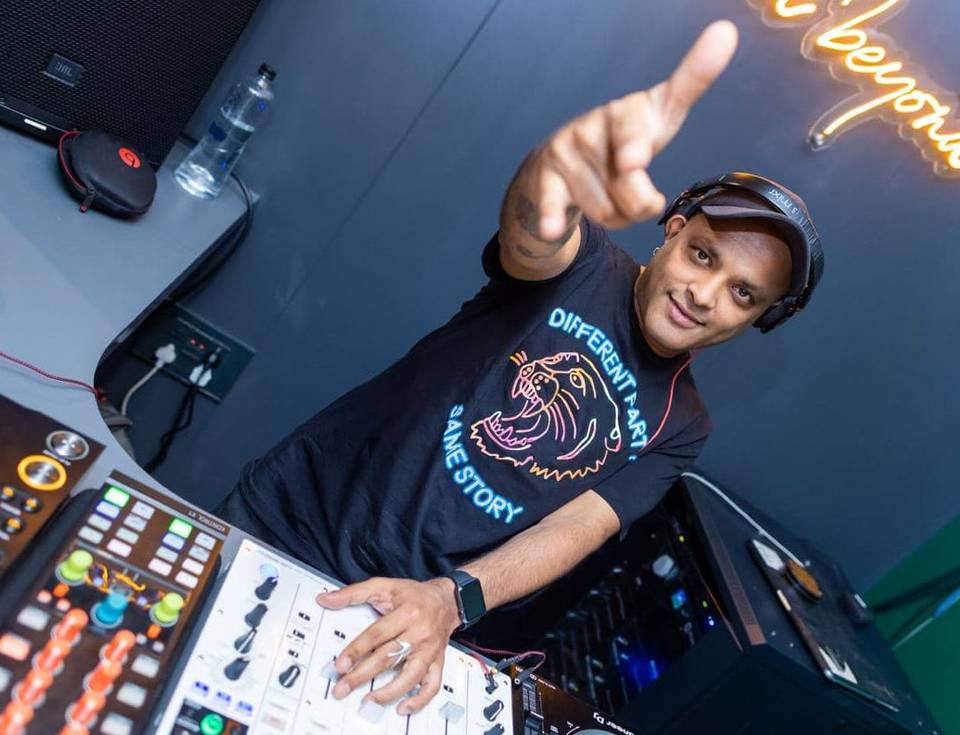 DJ Kave Best known as Indian #1 turntablist and voted as India’s Best Hip Hop DJ by My Fav DJ Awards DJ Kave was also elected as senior vice president of HAI (Hip Hop Association of India). He is the only turntablist in India to be featured in the sensational Hip Hop music video called the “All stars Anthem” which has over one million views and features some of the most talented Hip Hop artists in the nation. He has also been featured on the Rising Hip Hop Mixtape which was #q on the apple music charts in 2017. He recently toured the UK to perform for a live convert and to promote the album in London at various studios including the BBC Network. With over a decade of experience and having been mentored by rapper Blaaze, DJ kave is one of the most recognised names in the nightlife industry. Trhough his career, he has also toured and perfomred across the globe with international artists at larger than life music festivals such as the KLIMF Music Festival (Malaysia), Sandance Music Festival (Dubai) and Yas Salam Music festival (Abu Dhabi) which featured superstars auch as Jason Derulo, Rita Ora, Pharrell Wiliams and more.

Dj Kave has also toured internationally for shows in London, Hong Kong, and Singapore, besides national conerts. AT the moment, he is collaborating and being featured in various music videos in 2018 and 209 featureing national and international Hip Hop artists. He is also best known for touring with Oscan winner and music maestro AR Rahman, durin ghis concerts which witnessed an audience of over 50000 perople in 2009.

DJ Clement Musician in the mid nineties was changing spheres and while the rest of the world was trying to understand the dynamism it was taking on, all one, man wanted to do was listen to a record! And thats exactly what DJ Clement did! Music, a simple escape, soon became a passion and then Clement D Souza’s reality, even though, he was new to turn tables he was already getting set for the catapult his professional life was about to take. Come 1995, the course of his life ws set not in stone but in the waves and vibrations that make people groove. To be able to watch people dance is to hear their hearts speak out unabashed. And that’s what keeps Clement on the console creating new sounds and turning new tunes that keep people hankering on. This is why Clement became a disc jockey! And in an industry where cutting edge is actually more cutting than edge, he puts a unique and positive spin on every party, gig or event that he plays at Festivals.