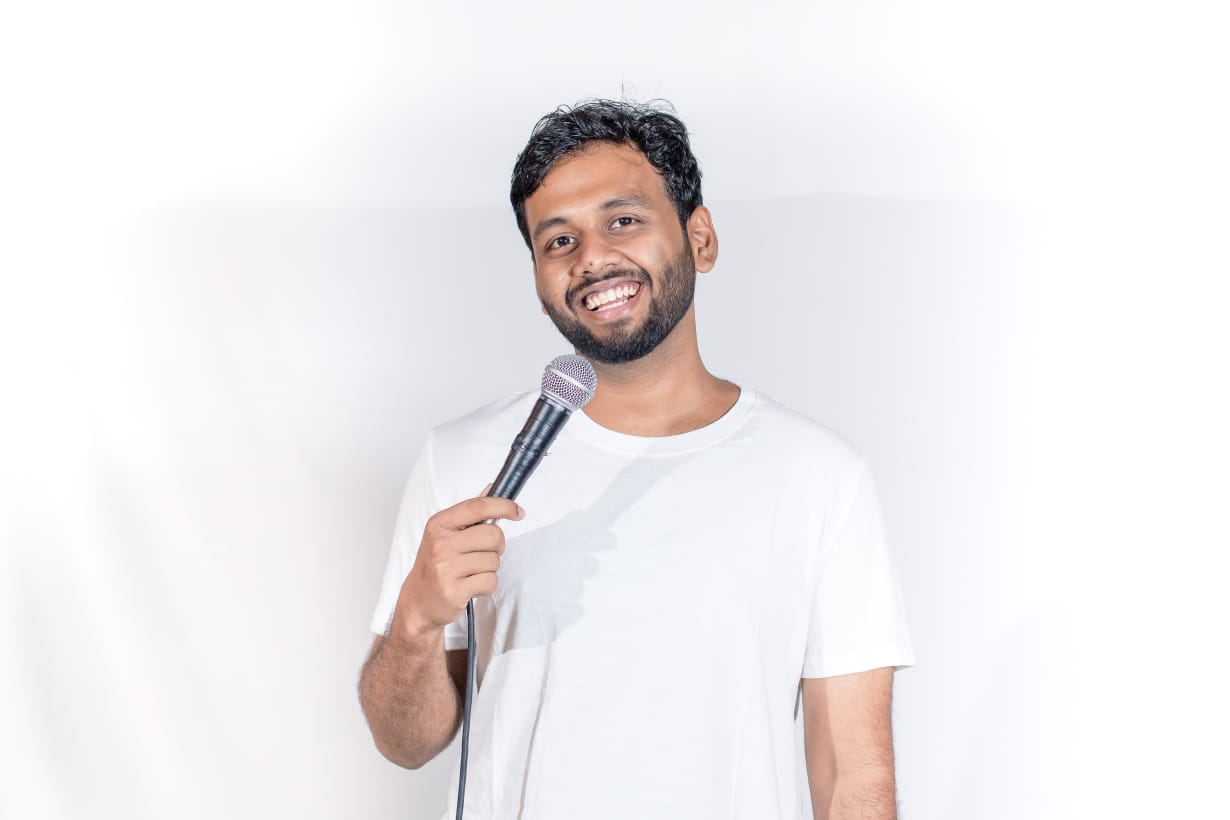 Bringing to you a night of laughter and unlimited entertainment, The Urban Deccan Pub (UDP) presents 'The Comedy Quarter', a live comedy show featuring a curated line-up of four popular comedians performing their funniest 15 minutes.

Together they are set to take you on a fun evening riot with unapologetic humor and witty jokes. At Urban Deccan Pub on Thursday, 20th February, 8pm onwards.

Tickets are available on www.bookmyshow.com. For more details call 9739803341.

About the Artists:
Suman Kumar: A stand up comedian, novelist and screenwriter from Bangalore, Suman is the creator of Mr. Mommy a solo stand up comedy show, that's talks about growing up in 90s in a sexiest, misogynistic environment and later, ironically, becoming a stay-at-home dad.
Ravi Rao: Struggling to answer life's most basic questions, Ravi's jokes come from a place of confusion and ignorance. Being another clueless and generic MBA grad, he now spends his evenings trying to make people laugh at his crippling mediocrity.

Satish Perumal: Born and raised in Bangalore, Satish wanted to play cricket for the country but due to strict 'dad' rules cricket was out and engineering was in. His brain couldn't comprehend education so engineering was out and advertising happened. Having performed at multiple shows across the country and abroad, Satish's dream is to gather enough courage and someday tell his father he does comedy for a living.

Navin Kumar: A viral comedian with his YouTube videos crossing over 3 million views, Navin makes jokes about simple observations in our everyday life but brings a fresh perspective, leaving the audience in splits.