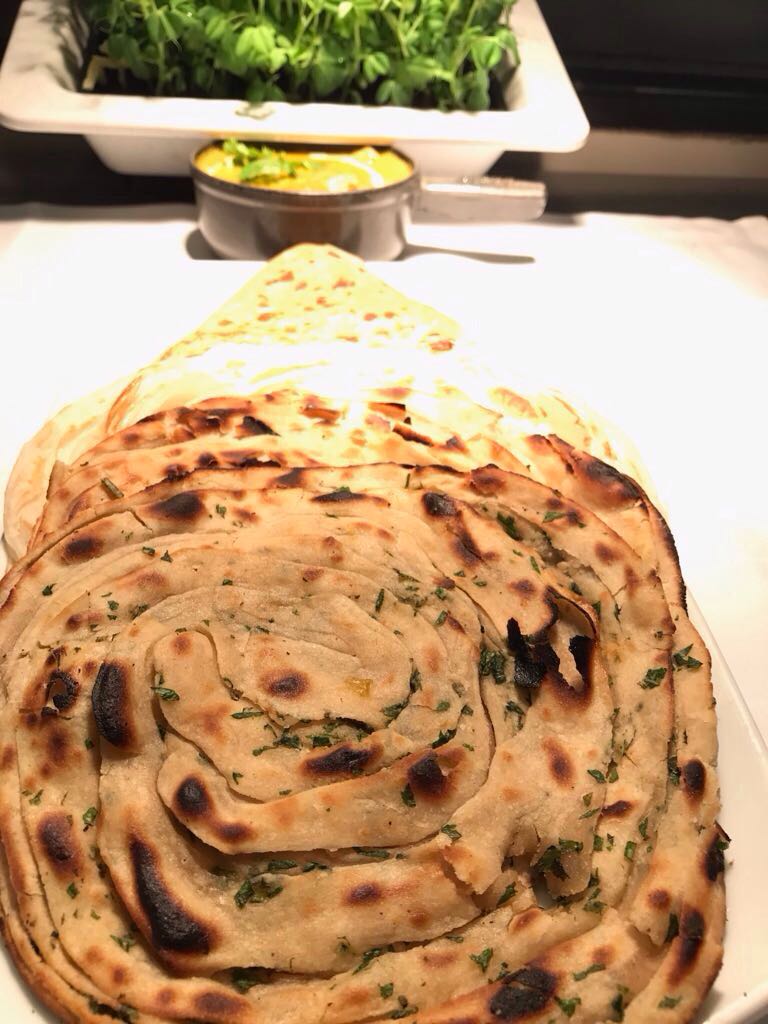 Just because it is a staple does not mean it has to be boring. We got a primer from Chef Agnimitra and the perfect paratha. Chef Agnimitra Sharma of Vivanta by Taj in Yeshwanthpur talks to Explocity on what makes the paratha anything but boring.

Let’s start at the very beginning--the dough. The method and recipe should be followed strictly to ensure that the dough is not runny or liquid. This technique of kneading the dough and then rolling it is what leads to that good looking paratha. A little bit of salt not only gives the dough the right seasoning but also makes it more pliable.

Once you have the perfect dough, onto the cooking. The dough should be cooked evenly, with oil or butter, so the edges are just right and the paratha has a nice brown colour while served to the guest. These are the things that chefs get jonesy about, in case you were wondering.

We should at this point answer the more basic question, what is a paratha? Chef Sharma tells us it is not only the stuffed Aloo Paratha. Put a little Ajwain in the dough and you got yourself a puri, put some ghee in the chapathi that is eaten in most homes, and you have a paratha. There, of course, is the stuffed version of the paratha that is common in North Indian. They especially like the Aloo (potato), Gobi (cauliflower) and Mooli (radish) versions. In Kerala they have the Malabar Parota which is like a Laccha Paratha that is flattened and re-rolled to get many layers. UP and Bihar commonly eat the Lifafa Paratha that is shaped like a triangle, resembling the flap of an envelope. Then from Lucknow you have the Ulte Tawe Ka Paratha. This is made on a pan that is similar to the Roomali Roti tawa.

Chef Agni loves the Ulte Tawe Ka Paratha. It is sweet, made with saffron, ghee, milk, cashews, refined flour, sugar and rose water. The sweetness of the paratha makes it pair perfectly with the Lucknowi Galouti Kebab. He continues to say, “that’s the thing about the paratha, it is comfort food that is so wholesome. You can stuff it and make it any shape you want. You don’t really need much else. Have some pickle? Done you got a meal. Yogurt? Done. Tea? Done, fine.”

To try the adaptable paratha, Chef Agni tries to make the most authentic varieties at Paranda at Vivanta by Taj Yeshwantpur.

We asked Chef Agni what makes him an expert in paratha making. His modest response was, “ghee and butter are the real experts.”