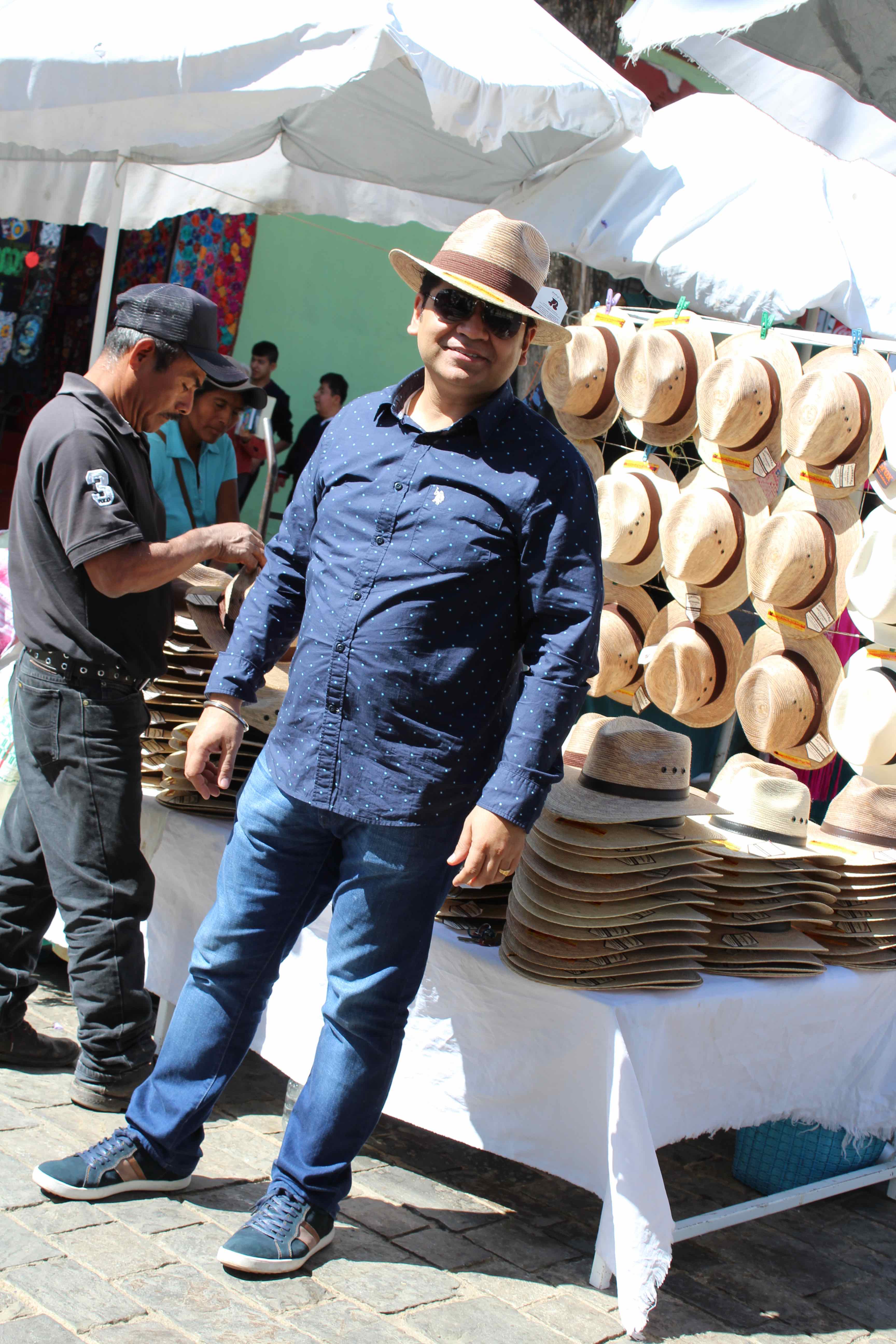 Chef Vikas Seth is a restaurateur and star of Mexican documentary film. Chef Vikas Seth recently returned from Mexico and brings his learnings, adventures and experiences to Sanchez, just in time for Cinco de Mayo. In Conversation with Explocity, he tells us about his travels and his plans for Sanchez in Bangalore.

Why did you go to Mexico and what did you do there?​

I was on this amazing culinary trip with a well know Mexican Chef Iliana de la Vega, my mentor at the Culinary Institute of America, San Antonia and Chef-Owner, El Naranjo, Austin. I have been to Mexico number of times during my cruise working days, but the culinary trip with Chef Iliana was on my bucket list for quite some time and as my wife accompanied me, we had an awesome time exploring Mexican food and culture in Oaxaca and Mexico City.

It was extensive detailed trip 7 days in Oaxaca and 2 days in Mexico City, where we visited number of high end restaurants like Zandunga, Criollo, Origen, Los Danzantes, Tlamanalli, and Azul Historico.

Had gastronomical cooking session with Chef Iliana, where we learned how to make queso fresco Oaxacan style apart from cooking a huge Mexican menu with local produce.

Got to meet the Mexican culinary legend Chef Diana Kennedy at the hotel where we were staying during her documentary shoot. She was so thrilled to meet an Indian doing Mexican food that she made sure that I become a part of her documentary, another mind blowing memory made.

Saw the making of Mexican Chocolate, Mezcal tasting and tour to mezcal distillery.

​What's Cinco de Mayo? What happened on the 5th of May?​

Cinco de mayo means Fifth Of May. It is the celebration for Mexican Army’s only victory over the French troops at the battle of Puebla on 5thof May 1862.

​Are you happy that you are running a Mexican speciality kitchen​?

Why is​ ​Mexican food popular? Is it similar to Indian food?​

Mexican food is surely getting popular day by day. Mexican food has a lot of flavour and spice which is similar to India food in a way. At Sanchez you discover the brilliance of Aztec cuisine, modern Mexican food, and Tex Mex too. But by and large in India people relate Tex Mex to Mexican food, which is quite different from real Mexican. But the trend is surely on our side with Mexican food getting popular worldwide, even one of the world’s best chef Rene Redzepi of Noma is running a seven-week pop up in the Mexican jungle which is considered to be the meal of the decade. I am sure the real Mexican food will also get accepted in India soon. But for now Nachos are surely more popular than Tamales!

Do you have ​to Indianise the food? Do you need to add Indian spices?​

At Sanchez we don’t Indianise our Mexican fare. We use authentic Mexican chilies and herbs for cooking. Apart from popular Mexican chipotle chili which is pretty common now in India too, we use pasilla, ancho, negro, guajillo, habanero and others in cooking at our restaurant.

​So what will your Cinco de Mayo menu feature?​

Healthy and refreshing lemonade style drink made from chia seeds

​Personally, what your favourite Mexican dish?​

​And the least favourite?​

Mexican Chapulines (fried grasshoppers) are not on my favourite list!

​Why did you choose to open Sanchez in Bangalore? ​

As we love Bangalore and surely one of the best cosmopolitan city to start with new food concept.
Check out pictures from his trip here. *WARNING: you might catch the travel bug.* We hear it's going around