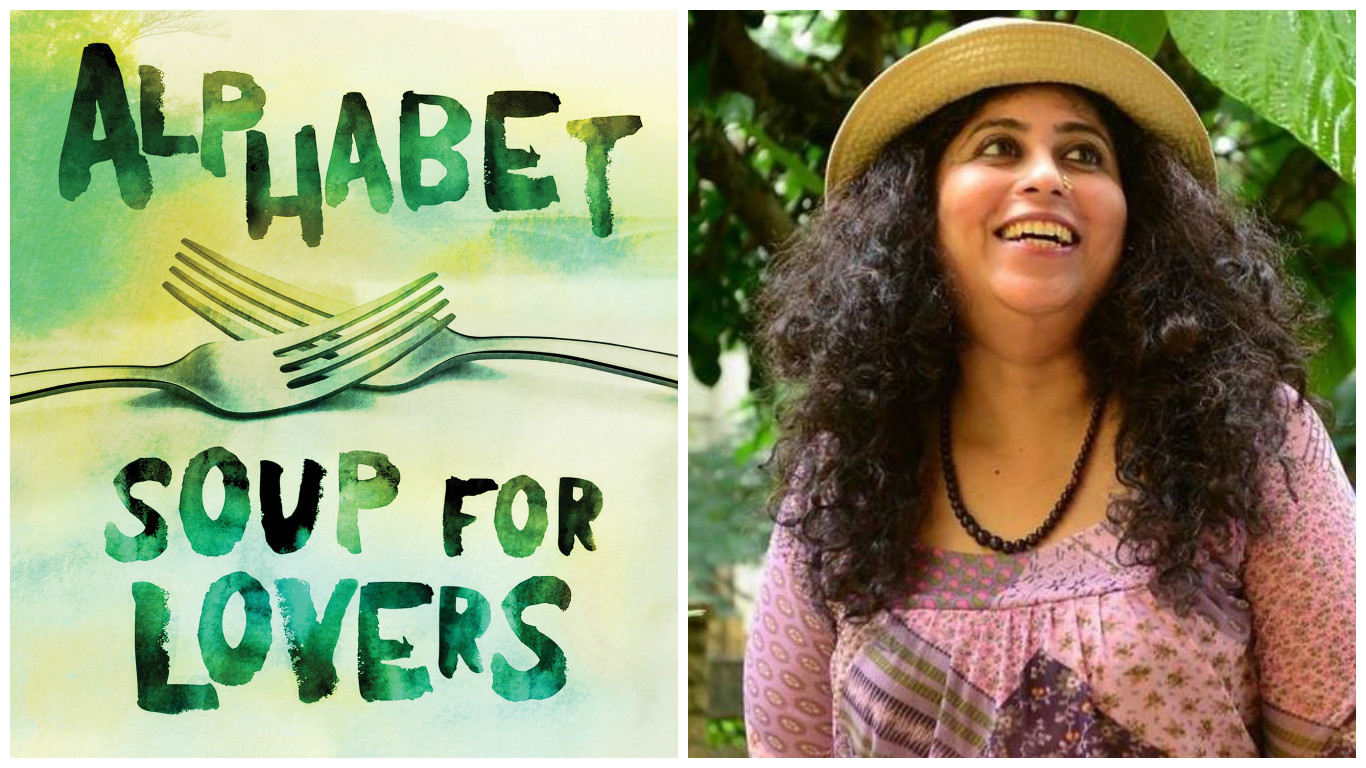 In its purpose, Alphabet Soup For Lovers is a love story. It deals with the romance between a local housewife in a small town and a visiting movie star.

But author Anita Nair did not write another supermarket paperback; instead, she uses the love story as a foundation for some trips down the literary rabbit hole.

The most unusual part of Nair’s presentation is its peg. In the setting of Valparai, a hill resort in Tamil Nadu, a cook called Komathi sets about learning the English alphabet. Rather than dwell on “B” for “Boy” or “D” for “Dog”, Komathi is taught to remember each letter by an ingredient, or dish.

Explocity asked author Anita Nair - who is, incidentally, a former food columnist for this publication - to discuss love and food, on this Valentine’s Day.

“It began when an Italian publisher asked me to write a story involving food. I didn’t want it to be only about food, and this idea had been on my mind for some time, “ Nair told Explocity, “I elevated it from a regular story. So I have used food as a metaphor and as a device. It also shaped the 26 chapters.”

Nair has close ties with writing about food. She used to work with Explocity too, “I used to do food reviews with Explocity a long time ago. Gosh, it was back in the early 90s. I enjoyed it a lot. It was not about trashing chefs or restaurants, but understanding the place.”

Doing research for the book was a lot of fun for Nair such as going through a repertoire of dishes. “I went through recipes books and blog posts. I wanted authentic dishes which fit into the narrative set in Tamil Nadu.” She chose both popular and less-known dishes, “L” for “Laddoos” and “G” for “Godumai Dosai”. Nair, who grew up in Chennai, is familiar with traditional Tamil cuisines. She learnt a lot from her mother and also from a Komathi-like figure in her life, who cooks for her.

Nair likes reading a lot of romances and chick lit - Mills and Boons, Barbara Cartland and Nicolas Sparks. But I am a voracious reader. I like anything well written. But I will not read a badly written book, of which many are being published nowadays in the country. “

She also loves cooking. “I bake a lot so anything from cakes to roasts.” She also loves traditional Indian food - Mutton stew, a rustic chicken curry, fish curry and chutneys. We asked Nair what she would cook for a Valentine's Day meal - “I would make a steak, mash potatoes, some veggies on the side. A glass of red wine and a pineapple upside down cake.”