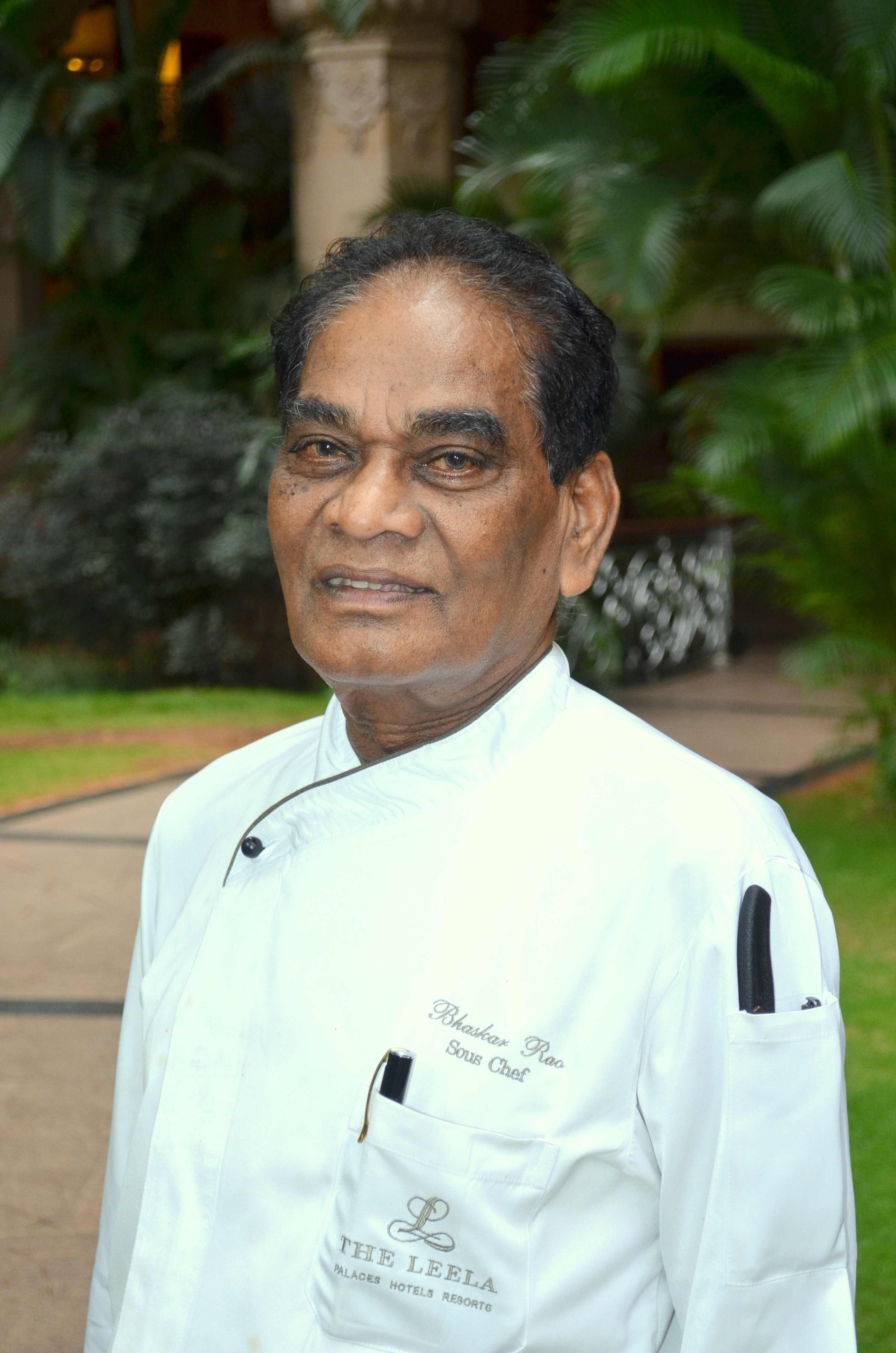 Chef Bhaskar Rao of Jamavar at Leela Palace is fondly called Anna Chef by his teammates. Probably by dint of his whopping 40 year experience in the industry. In conversation with Explocity, Chef Bhaskar says that even his dreams are of cooking and recipes. Mark of a true boss man.

I am a Native of Kakinada Town in Andhra Pradesh. My schooling has been in my home town.

I began my career at the age of 17 and hotels fascinated me and I wanted to be part of the hotel industry. Though at that point of time Kitchen was not the only idea I had. I joined as a waiter in Hotel Ajanta in Rajahmundry and soon realised that Kitchen is what I wanted to be in and saw myself being a chef. Thereafter I moved to Chennai and started off as an apprentice in Kitchen. I developed my passion and grew up the ranks to the level where I am today.

It’s been 40 years now that I have been a chef.

I would say cooking, as creativity is a very essential part in cooking. Trying out new dishes with combinations has been part of my daily routine. There have been times when my dreams at night would be cooking and trying out new dishes which inspire me to be a better cook.

I would say it is very important to preserve authenticity, but at the same time it should not put an end to creativity. Both are separate aspects and needs to be dealt accordingly. Food trends keep changing from time to time with people and the ability to adapt to these expected changes and to be able to create something new is what the challenge is. I do foresee the trend where young people would bring back the need to try more authentic preparations, which their earlier generations relished.

Coming from a coastal town, seafood has been my favourite. Though I wouldn’t really mention a particular dish.

I have not very keen on red meats though they have been the favourites for many guests whom I have cooked for.

This is my 17th year in Bangalore. In a way this has become my hometown.

Without a second thought. Bangalore is a great city especially for the climate. Every city has glitches and so does Bangalore in terms of traffic, roads, but the city and people in the city have always been great and so I call myself a Bangalorean.