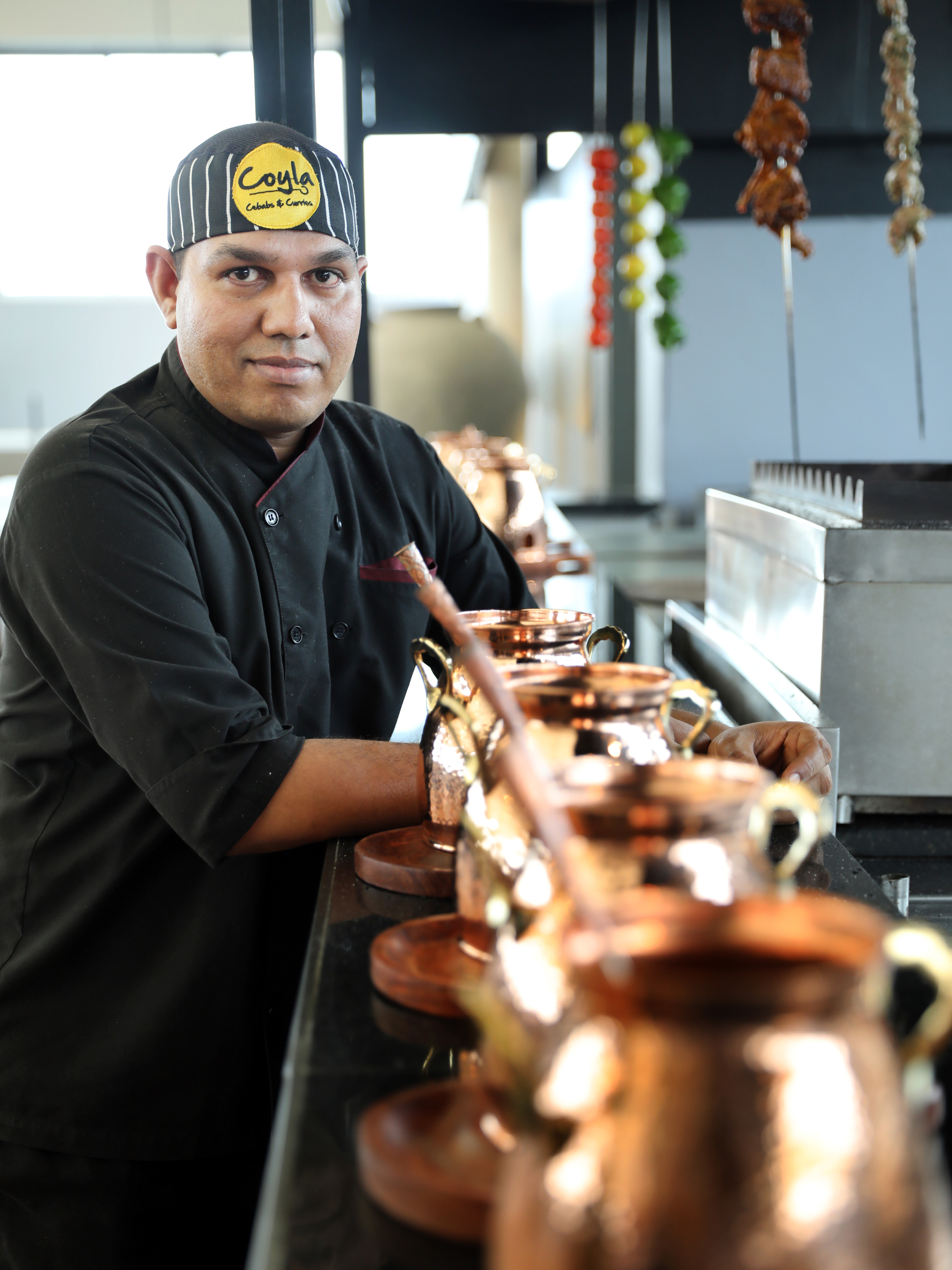 Chef Rajesh Masih is the Senior Sous Chef at Coyla at Four Points By Sheraton. In conversation with Explocity, Chef Rajesh tells us about his upbringing in Gurdaspur, Punjab and it’s farming and agricultural influence led to his cheffing career.

I was born, brought up and educated in Gurdaspur, Punjab. Gurdaspur is situated in the North West of Punjab and has a great influence on the contemporary Punjabi cuisine. It was here during my growing up years that I became passionate about Punjabi Food and its rich flavours.

Punjabi cuisine is associated with food from the Punjab region of India and Pakistan. This cuisine has a rich tradition of many distinct and local ways of cooking. One is a special form of tandoori cooking that is now famous in India and in many parts of the world.The local cuisine of Punjab is heavily influenced by the agriculture and farming lifestyle prevalent from ancient times. Locally grown staple foods form the major part of the local cuisine. Distinctively Punjabi cuisine is known for its rich, buttery flavours along with the extensive vegetarian and meat dishes. It was exposure to this rich culture of Punjabi food that influenced me to become a chef.

In order to gain professional back up, I completed a degree in Hotel Management and then worked in different 5 star hotels in Delhi under the guidance of Master Chefs and rose to the level of Sous Chef at the Four Points by Sheraton, Bangalore. In all I have spent 11 years honing my skills as a Chef.

Cooking without creativity is no fun. I love creative cooking but not at the expense of compromising with the originality of time tested recipes created over generations by the Master Chefs.

Any good chef has a moral responsibility of not only preserving the authenticity of the cuisine but also researching and redeveloping lost recipes. I try my level best in educating my customers about the originality and authenticity of my food.

Food prepared by mother has no match in any 5 star hotel and whatever she makes, is my favourite food. Nevertheless, a fresh Palak Paneer preparation remains my all time favourite.

This is a difficult one. I can not think of any food preparation which would fall under the category of "least favourite dish".

I have moved to Bangalore barely eight months ago but have already fallen in love with the city. It has amazing weather, a very cosmopolitan culture, rich heritage, fantastic food and above all, most wonderful people.

My decision to move to Bangalore is perhaps one of the best decisions of my life and I am enjoying every moment of my stay here.