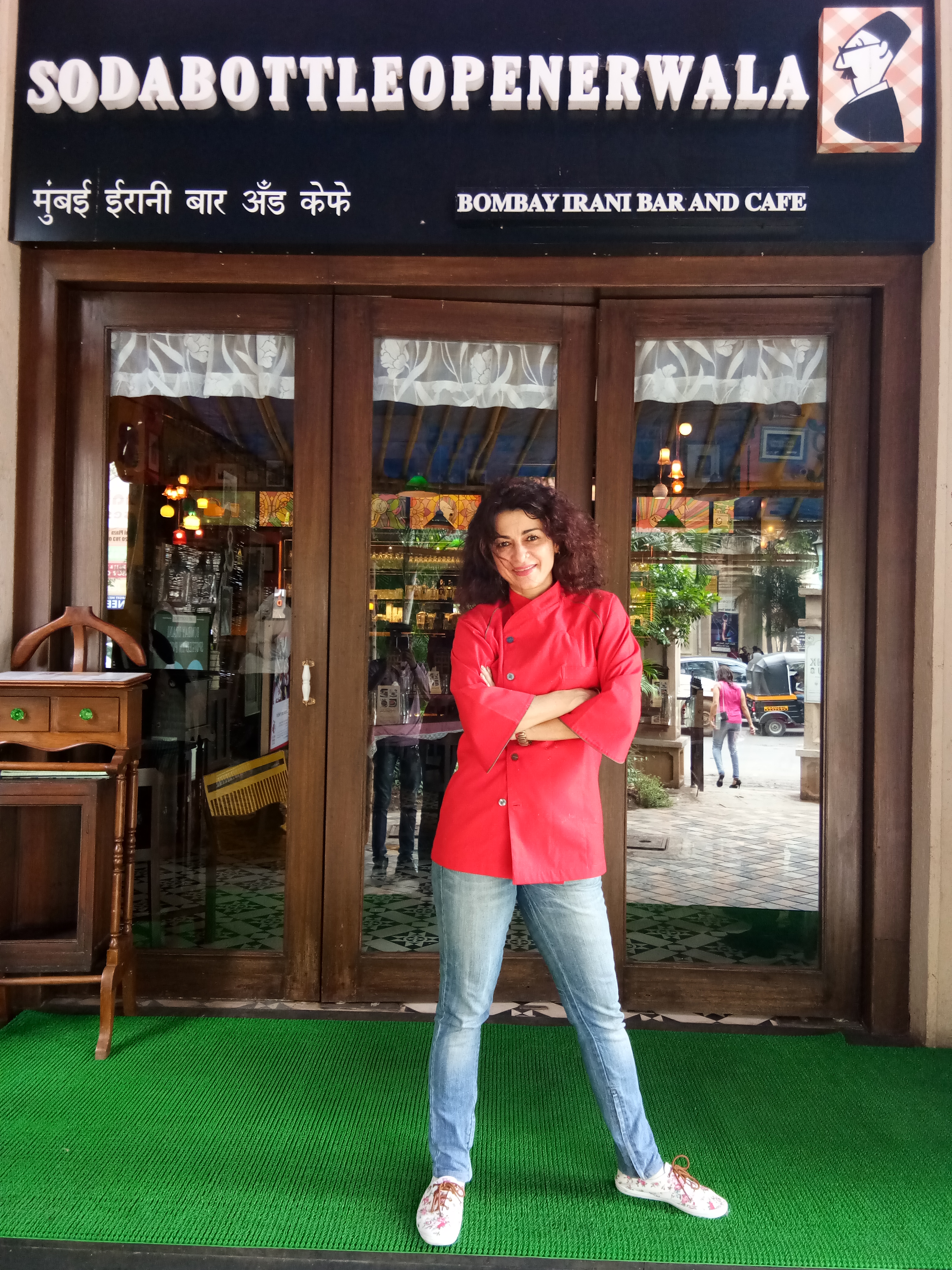 With a view to propagating the Parsi cuisine in Bangalore, Anaida Parvaneh And SodaBottleOpenerWala have brought to the city and authentic Iranian meal.

The city’s quirky restaurant played host to Parvaneh, an Iranian pop singer, whose heritage has roots in Persia, India and Greece.
While many of the 70,000 Parsis left in India have made Bangalore their home, it surprised the Persian pop star that there was so little of their cuisine represented in Indian menus. To wit, Iranian restaurants are to be found commonly in most parts of the world.

So Anaida Parvaneh collaborated with SodaBottleOpenerWala to bring Bangalore an authentic Iranian meal, one that left us sharing Parvaneh’s surprise at its lack of availability.

So what is Parsi food in India then? The food we are accustomed to eating like the famous Dhansak and Patrani Machi are the an amalgam of Parsi, Mughlai, Gujarati and British cuisines. Authentic Persian food has less spice and grease.

Parvaneh came to India to pursue her career as a singer and while she was here, longed for Parsi food - without excess masala, that we naturally add to all foods (that hides all the inconsistencies of the cuisine.) This combined with her crazy schedule led her to experiment with cooking a meal without lots of spice or oil. Parvaneh also considers herself a student of culture. In her wont to “live and learn” she is now experimenting with food, alongside her success in film and music. Thanks to her collaboration with restaurateur AD Singh and Mohit Balachandran of Olive Bar and Kitchen we get a taste of this menu.

The menu has familiar dishes like Haleem and Beryani. These dishes are in their original avatars so prepare for a little surprise. We won’t tell you what, but it’s a good surprise. Other dishes on the menu are Osh-e-Reshte and Magic Soup which are wholesome, rainy day soups. They come packed with vegetables, lentils, barley, meat and noodles.

There are many rice “Polo” or pulao like Baghali Polo or Lubiya Polo that go well with the raita, Mast-o-Khiyar. Dishes like Fesenjan team up well with plain basmati rice.

Desserts are a saffron yellow rice pudding called Shole Zard and Persian Halwa amongst others.

Ms Parvaneh is also inspired by the mind and body and spiritual well being. Which is why she says that all food needs to be cooked with love. If you don’t believe in love, maybe the goodness of fresh flavours is more your thing. So get a taste of this menu which is available till 16 August, 2017.

Anaida Parvaneh is at the restaurant and loves to make recommendations to suit your palette. Pay her a visit or follow her on Instagram at @anaidaparvaneh.

While the menu offers many more dishes, and also gives you an idea of the pairings, a Thali will allow you to taste a bit of everything. Well almost. The vegetarian Thali is priced at Rs 550 plus taxes and non vegetarian at Rs 650.

An average price for two at SodaBottleOpenerWala is Rs 1200 plus taxes.