Home | Bangalore | Restaurants | The Eating At The IPL Screenings In Bangalore 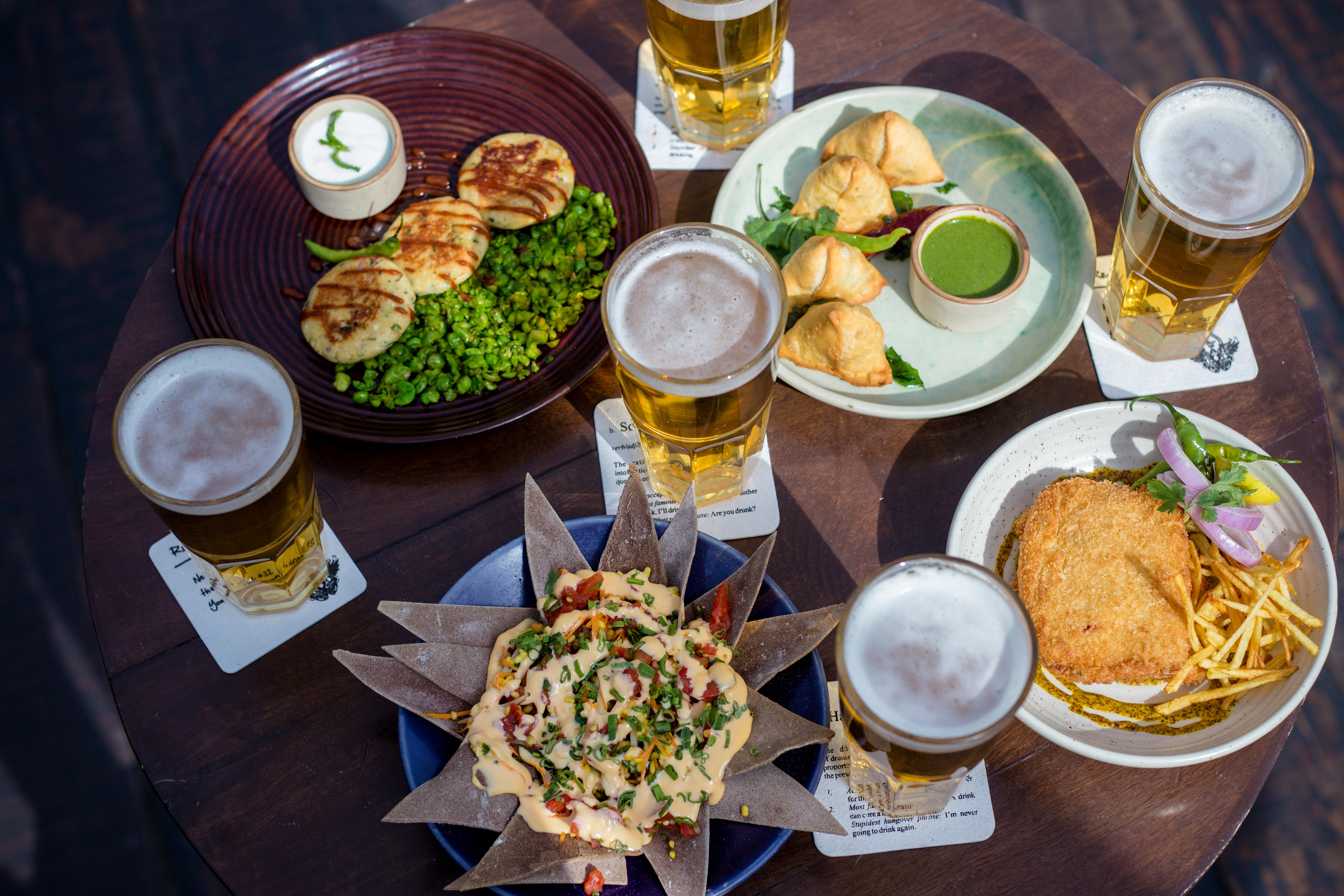 Sporting events and food have enjoyed a fruitful partnership. Think Wimbledon and strawberries and cream or the Super Bowl and chicken wings and potato skins.

IPL is the much, much younger cousin of most other sporting events in the world. But, oh, they grow up so fast. This year is already the 11th season of IPL. Can you believe it? Already 11 years of entertainment that IPL brought to cricket.

While the IPL doesn't have such illustrious culinary associations, it hasn't stopped restaurants from jumping onto the bandwagon with IPL Screenings In Bangalore paired with an offering of special cricket menus. After all, we are in the city that invented “Chicken Sixer”.

So here’s a round up of a fewIPL Screenings In Bangalore. If you can't get tickets to any of the games, no reason to miss out on all the fun. Watch the match, almost live at some of these venues. You can almost hear the cheers from the stadium. In case of 1Q1 and Church Street Social, you literally can.

"We have possibly one of the largest screens in the city to show the matches," Anirudh Kheny, one of the founding partners told Explocity, "It's 16 feet by 10 feet."

Kheny says that people come in large groups and do not want to be bothered with the hassle of ordering food. "They just want the food on the table," he said, " and to solve this problem we have created special platters. A platter is enough for 2-3 people and a few of these ordered at one go, will keep you occupied for at least one innings.”

Veg platters with Thai spring rolls, Siam Tofu and Kimchi Potato or non-veg platters with Chicken Karaje, Siam Beef, Chilli Pork/Chicken. There are non-veg and vegetarian grill platters as well featuring dishes like skewers of mushroom, zucchini and broccoli, chicken wings, chicken satay, beef meatballs with teriyaki etc. And to quench your thirst, there are buckets of beer and mojito pitchers as well in flavours like mango and coriander, musk melon, mandarin and sweet lime among others.

They always celebrate any occasion. Make way for the new #LLIIT League across all Socials (Church St and their country cousins) in the city. Eight drinks present eight ways to show support for your team: the Social 20/20 League features drinks like Berry Bangalore for the RCB lovers, Sunny Chennai, the citrus deliciousness of Hyderabad Hues, Mumbai Mania,  Rajasthani Rani with curaçao flavours and even the deep purple of the Kolkata Nightcap. And if you want to play some games as well, The Whisky Bar at The Radisson Blu Atria has some contests sprinkled in along with the shared beer and kebab platters - predict the Man of the Match, Winner of the Match and you could win yourselves a 20% discount, a bottle of sparkling wine and much more.

They have swung into the IPL fever. Full Toss at the Monkey brings you live screening of matches, contests and games, mojito and manga a pitchers, and a special menu of regional inspired dishes and lots more. Kolkata Fish Fry to Hyderabad Nagarjuna Chilli Chicken Roll, Bangalore Prawns Chilli Butter Garlic, Delhi Butter Chicken Samosa, Chennai Pulled Pork Paniyaram, Rajasthan Dahi ke Pithore and Punjab’s Sarson di Shammi- there are a whole lot of small plates, replete with the flavours of the city you support.  of T20 cricket tournament inspired small plates menu at your nearest Monkey Bar. Not to forget, the Mumbai Malvani Chicken Tacos (multigrain flour Thali Peeth Tacos with Malvani style chicken sukka and coconut chutney) in honour of the defending champions, Mumbai Indians. You can even play games like Beer Pong, Beer Relay, Flip the Bottle and even Swing Shots and win some vouchers, while you are at it, if you are wearing your favourite team's jersey.

There's no enjoying cricket without a good pizza - so say the folks at the quirky Doodles cafe and restaurant in Vasanth Nagar. They have pizzas named for your favourite teams. Choose from four vegetarian and four non-vegetarian pizzas like Smokestack Challengers, Dildaar Devils, Royal Musketeers, Southy Super Stars and Funky Indians among others. "Everybody loves pizza," Suman Sasanpur the founder of Doodles told Explocity, "It's easy to hold and eat, especially while watching the match and you can even walk around with it if things get too tense, like it happened on CSK's games."