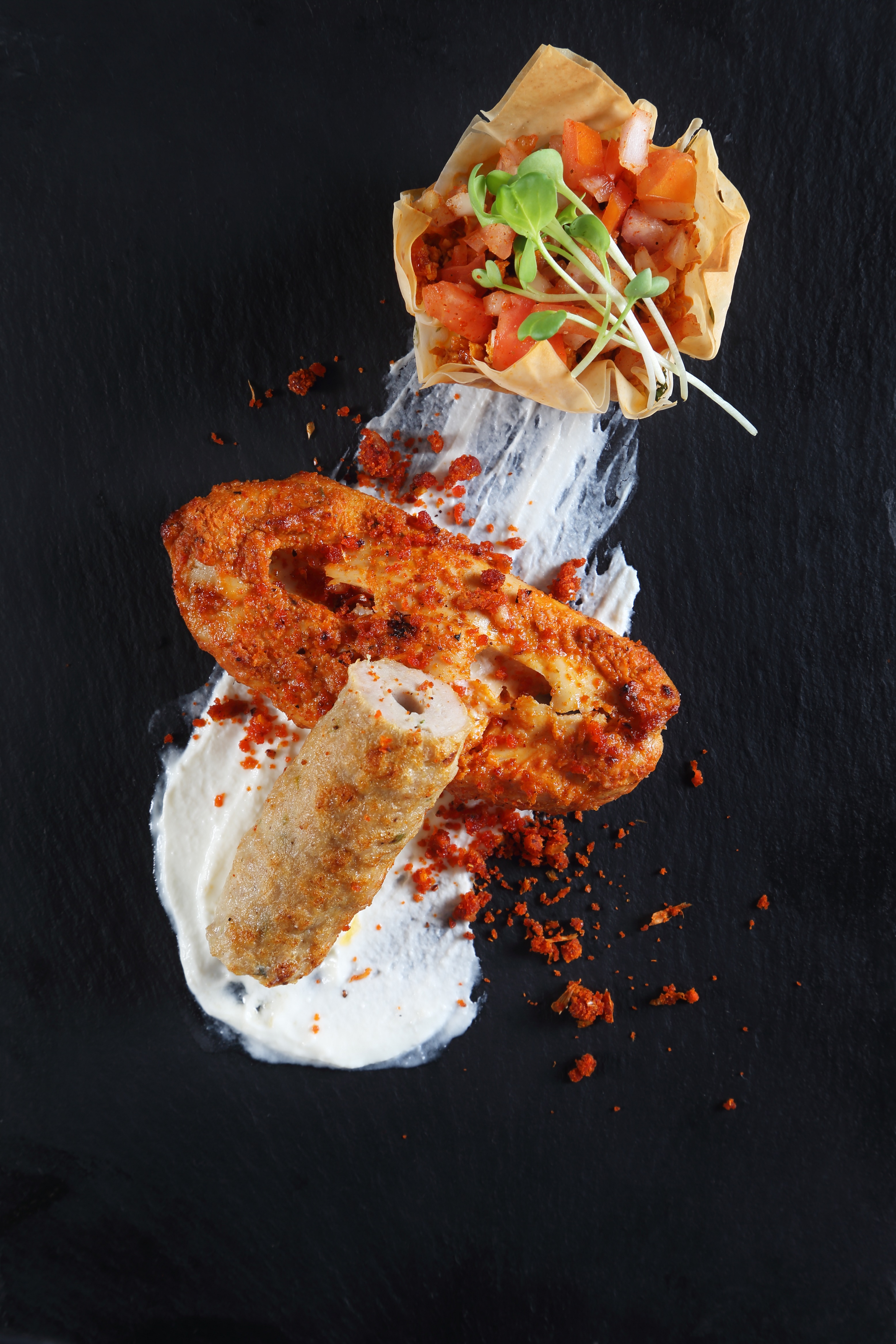 Chef Vineet Bhatia’s Ziya opened in 2010 at Oberoi in Nariman Point soon after the hotel recovered the 26/11 terrorist attacks.

Ziya’s USP is modern Indian cuisine made with European cooking techniques. Another one?

Although the taste was befitting an experienced chef -- in this case, Chef Nayna Nanji from Oberoi Mumbai, who worked under Vineet Bhatia -- the genre, Indian food cooked with Euro techniques, is getting a tad stale and we are not sure that this is worth of special announcement. We know this pop up serves to promote the Oberoi’s F&B cred, but we could not tell if there was anything unusual about the food or its cooking technique.

But nonetheless, good food is good food and the Oberoi is making a deal, and a meal, of this. Through 10 June, 2018 the hotel will feature a Ziya Pop Up, with a set menu, which is the best way to get a taste of Ziya in Bangalore.

The meal is a combination of Indian spices, European cooking techniques and a few Oriental surprises; like the kaffir lime in the amuse bouche or the miso in the Chilli Salmon.

Even some of the ingredients are an interesting combination of Indian and European cooking. The paniyaram was made with goats cheese. Some would call that a step up for paniyaram. The Chilli Salmon was served on a bed of curd rice which is a surprisingly well paired combination. The salmon which isn’t typical to Indian cooking was served with a chilly sauce, also atypical, but it acted like a pickle or chutney that is eaten with curd rice.

The menu plays on other Indian street food (other than paniyaram) like the Chutney Chicken which is a tandoori chicken served with Bhaji - of the famous duo, Pav Bhaji.

Dessert was a Mango Pavlova served with kulfi. The black sesame version of the kulfi is a flavour that is immediately delightful.

The menu was paired with single malt; no surprise there as we have been told repeatedly that Indian spices go well with single malts (which, we suspect, does not gravely wound the restaurant’s average revenue per head). There was also pairing with champagne.

As an aside, in London where single malts are just whisky in another bottle for the most part, there has been a rumour for decades that Indian food pairs well with Kingfisher beer, which is how the Duke and Duchess of Kent once paired their dinner at the tony Bombay Brasserie, back in 1986.