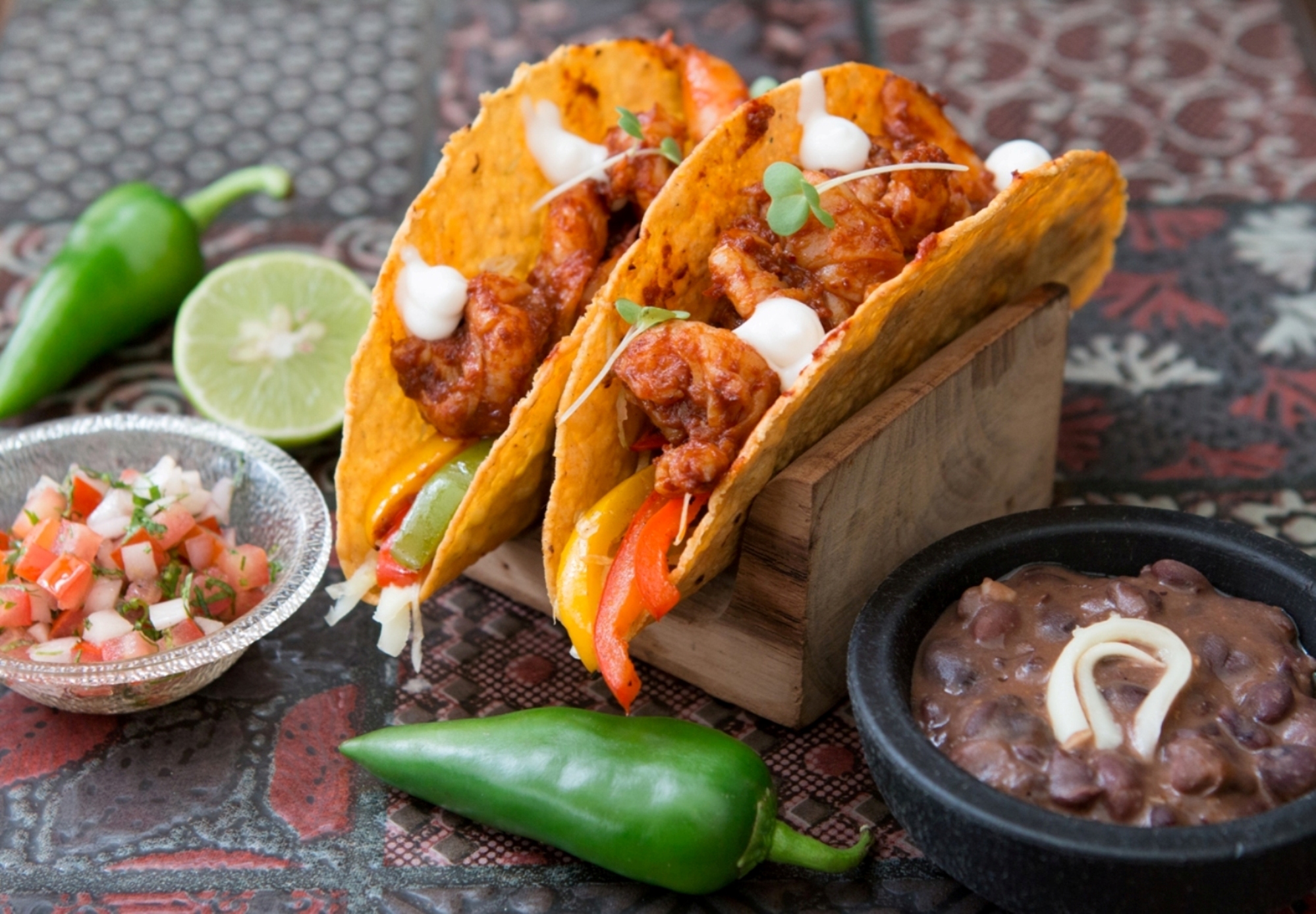 Honestly, who doesn’t love tacos? Ask about Mexican food and this is the first dish they mention. Or the second, after Nachos. But tacos tick all the tasty boxes - crunchy, spicy, creamy and tasty.

“The origin of the tacos is debatable,”Chef Vikas Seth, Culinary Director at Sanchez told Explocity, “but it is said have originated from the silver mines in Mexico.” In an interview with www.smithsonian.com , Jeffrey M. Pilcher, author ofPlanet Taco: A Global History of Mexican Food,says that one of the first types of tacos that are mentioned was called thetacos di minero– miner’s tacos.  A quick, hearty snack that the workers could wolf down without really being bothered with the niceties of a sit-down meal.  According to Seth, there is another story that says tacos comes from the Nahuatl word “quauhtaqualli” and was a popular snack with the Aztecs.

Tacos are made from masa, which is corn dough made from specially treated corn. Seth said, “Warm soft corn tortillas, top it with meat, cheese, lettuce, salsa, sour cream  guacamole and it is ready to be had rolled with your hands.

“In case of hard tacos, you need to use pre-fried taco shells and follow the same steps as in case of soft tacos.” He goes on to explain that he major difference is that the traditional Mexican tacos are made from corn and are soft, whereas the American or Tex Mex version are the hard tacos that are even more popular internationally. The soft shell tacos are broiled on the grill while the hard shell tacos are fried.

According to Seth the simple way to differentiate between the plethora of tacos that are available would be to classify them as soft and hard tacos. But in case you are interested, here are a few of the other traditional Mexican varieties:

Tacos al pastor (also called Arab tacos because of the Lebanese influence, it is made on the rotating rotisserie like the Shawarma)

Tacos de cazuela, where braised or slow cooked meats are used as filling

According to Seth the reason for the tremendous popularity of tacos was its convenient shape that made it easy to hold and bite into and the ability to hold any filling. He says that it was often compared to rolls of gunpowder placed into the holes carved in the rocks used by the miners to find more silver, in fact the nickname of “gunpowder roll” was long associated with the dish, when it first made its archival entry around the end of the 18thcentury.

Fun fact: Seth told us that inhabitants  of the lake region of the Valley of Mexico (say, Ensenada) traditionally ate tacos filled with small fish, which was replaced with insects and ants in the states of Morelos and Guerrero. And taking it a up a notch, locusts and snails were favourite fillings in Puebla and Oaxaca.

The question before the taco hits the many lips - how do you not make a mess (read: the shell breaking, the filling falling out)?

Seth unsurprising answer was, “To eat a taco, you need a big mouth and a confident firm grip.”

The Taqueria Festival will start at Sanchez, UB City, from November 6 onwards.