From August 11 through 21, 2022, the Piramal Art Gallery in Mumbai will showcase an exhibition by Bangalore photographer Asha Thadani, titled “Interbeing: India And Her Animals”

It is hard to imagine any point in history when man has not relied on animals—a relationship that has evolved for thousands of years.

There is the relationship of service. Dogs track and herd. Cats kill rodents and other disease-spreading vermin. Cows and horses do their thing. And there’s the emotional relationship. Pets are the greatest source of emotional support. And the spiritual relationship. Elephants are trained to “bless” devotees in temples. Snakes are accorded mysticism and monkeys are revered in our mythologies.

Let's extend this a tad...animals serve in the armed - and civilian forces such as the police and the fire department. We have cavalry horses, pack mules, sentry dogs, carrier pigeons, and of course, mascots.

In return, we hunt, kill and eat them—at least the ones who won’t kill back; cows, goats and chickens being the easy prey.

In the more self-aware societies of the world, the role that animals play in our societies—and how they contribute to our physical and mental well-being—is, increasingly, a public discussion. And as we learn more—about how keeping them happy keeps us happier in return—the human-animal bond will continue to improve in practice. An example is the phasing out of animal testing in labs.

In the more religion- and tradition-bound societies, like India, where the livelihood of thousands depends on (illegally caged) parrots to tell the fortunes of millions of the curious and the distressed, the cause for change will take longer. And the cause is coaxed along not only by scientists and socio-anthropologists, but also chroniclers of society.

And one such chronicler is Asha Thadani.

Asha Thadani is most easily described as a Bangalore based photographer.

But to my ken, she is a historiographer of dazzling ingenuity. Her subjects are people. And she smokes out the stories of these people that are recorded in their eyes.

Her latest project is titled, “Interbeing: India And Her Animals”. It is an exhibition of her photographs at the Piramal Art Gallery, located at the NCPA in Mumbai. The exhibition runs Aug 11-21, 2022.

Without intending to fall to bromides about a thousand words, every photograph in Thadani’s exhibition equals a chapter of a book.

The exhibition focuses on—rather than ignores—the ambiguity in the kindred spirit. I see a panorama of how man has subjugated animals to pet, protect and perform. We have monkeys doing dangerous tricks, we make roosters fight each other to the death, we attach bulls to ploughs and then race them through fire—we engage animals in every way we can from benign use to rank abuse.

Maybe to my unschooled eye, I see this "relationship" as an engagement of deceit—and a story of the abuse of trust with these creatures. And maybe that's the case for veganism.

Then again, maybe that’s why there is such a thing as interpretation.

Thadani is as articulate in her prose as she is in her photographs. And I expect that one day soon she will write—and publish—longer prose.

The text in the catalogue for the exhibition describes its tenets very well. This is by writer Ramesh Ramanathan.

T​​his series explores the ambiguous and, at times unstable, frontier between man and animal. It is a journey that visits man's evolutionary dependence, elimination and encroachment of a kingdom he shares his origins with. Animals reside deep in the racial memory of India. This bone-deep connection between human and animal populations goes back several millennia. While in many instances, the origins of the relationships are lost to our gaze; these equations are born and reborn as India indefinitely remakes herself. The Neo-Darwinists amongst us will be happy to note that life in its ruthless drive to survive continues to evolve deeper strategies to find new niches to occupy and hold in the ever-branching tree of life. This equation escapes everyday definitions of black and white or good and bad. It traverses an enormous distance both physically and emotionally. The human / animal equation occupies an exceptional array of possibilities. Ranging from divinity to divination, from work to worship, from exploitation to exaltation, it boggles even the most prepared mind. This series, photographed across India observes our heritage and propensities as humans, what it means to be human, what distinguishes us from our planet's non- human inhabitants and what aspect of animal nature and intuition drives and defines us. Our existence and evolution without animals would have been short, unfulfilled and incomplete: physically, spiritually and instinctively. - Ramesh Ramanathan 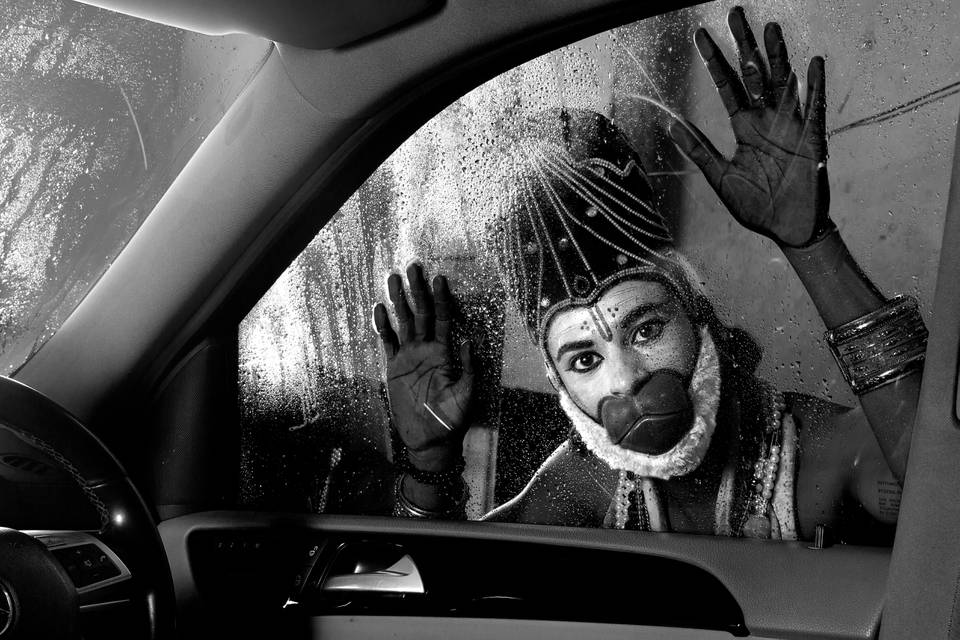 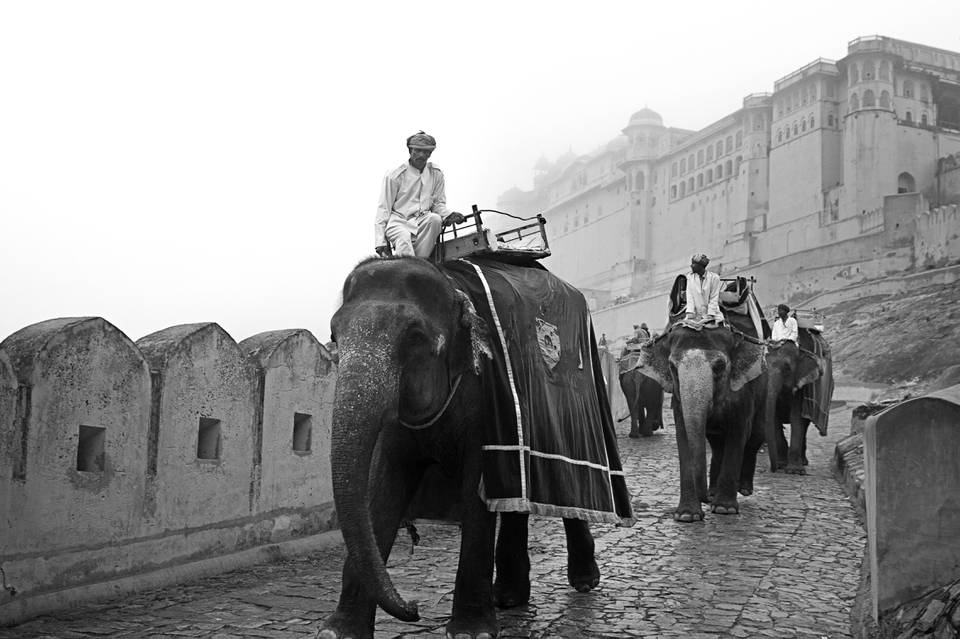 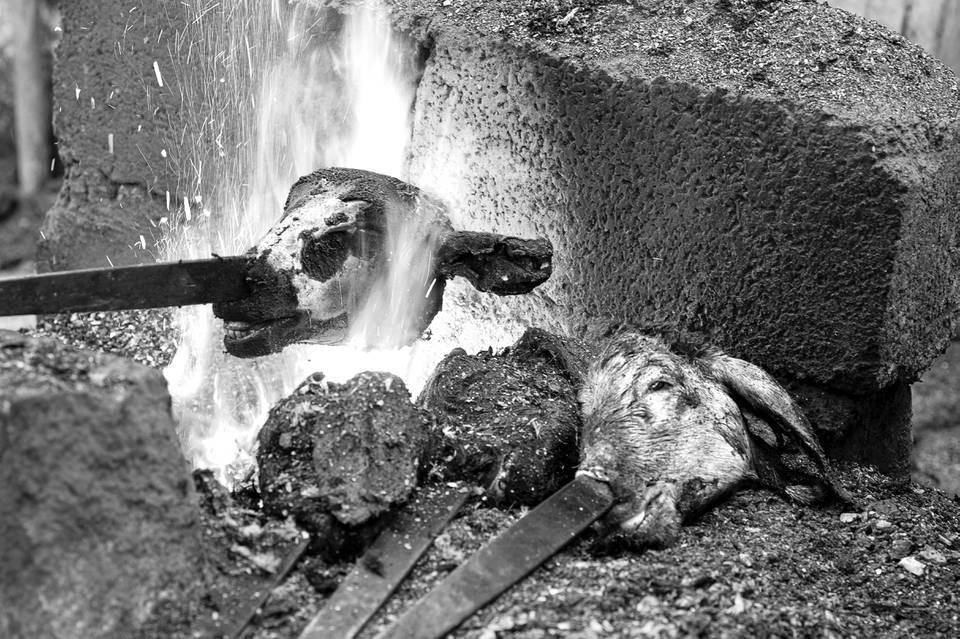 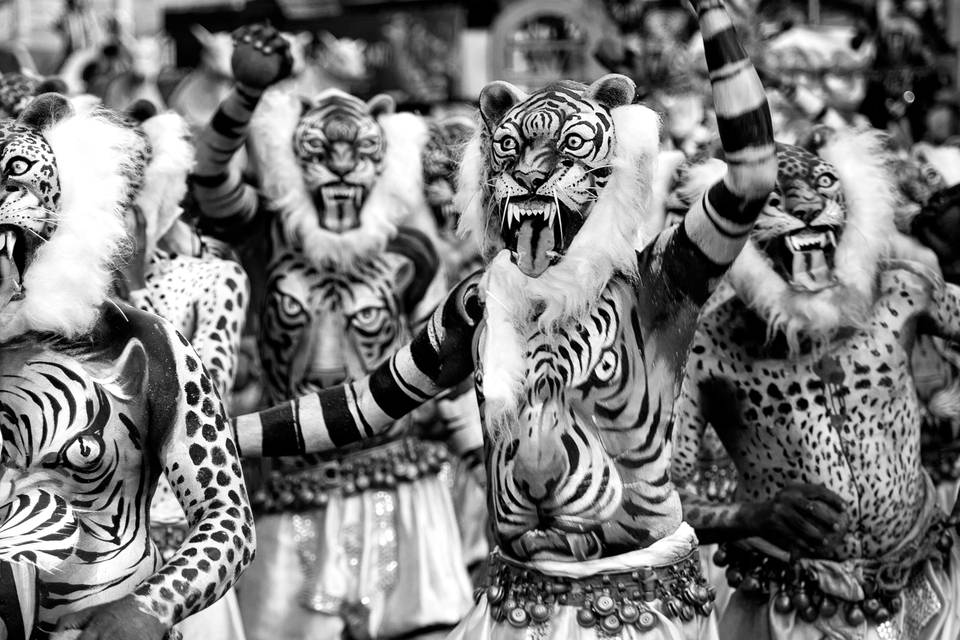 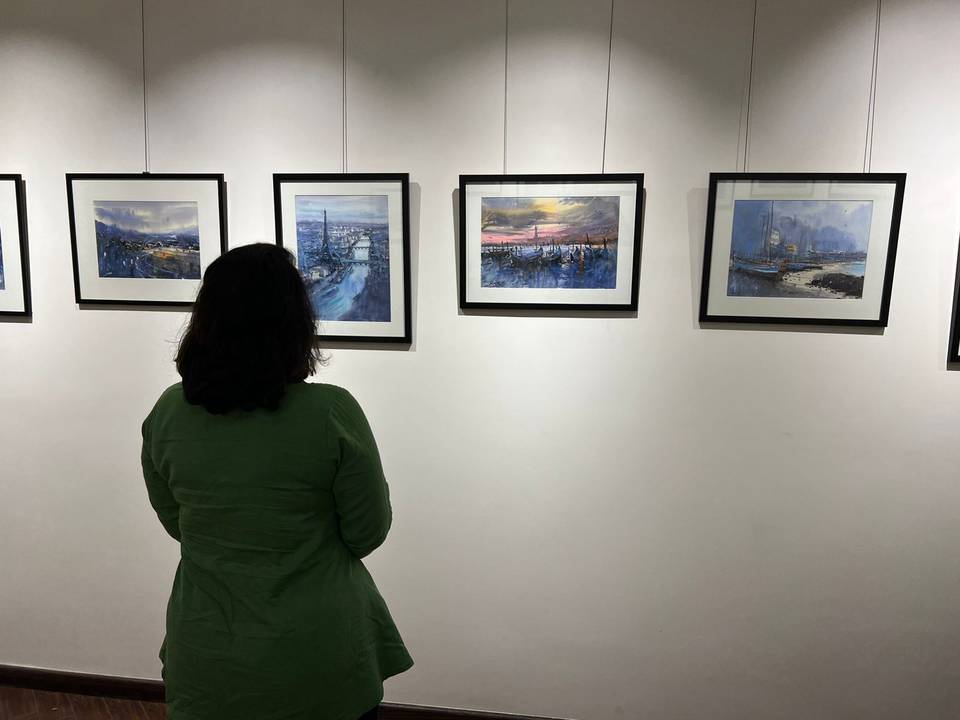 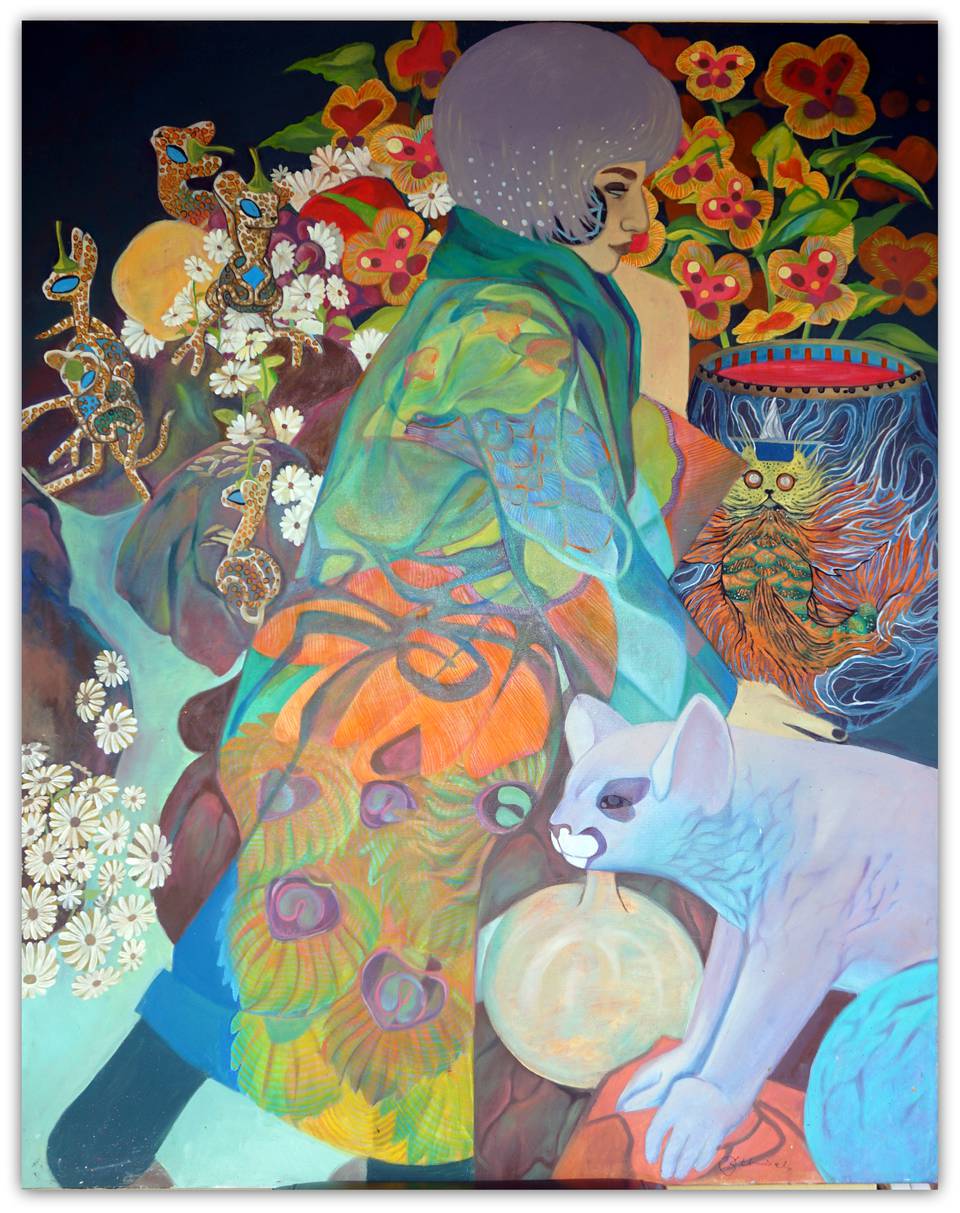 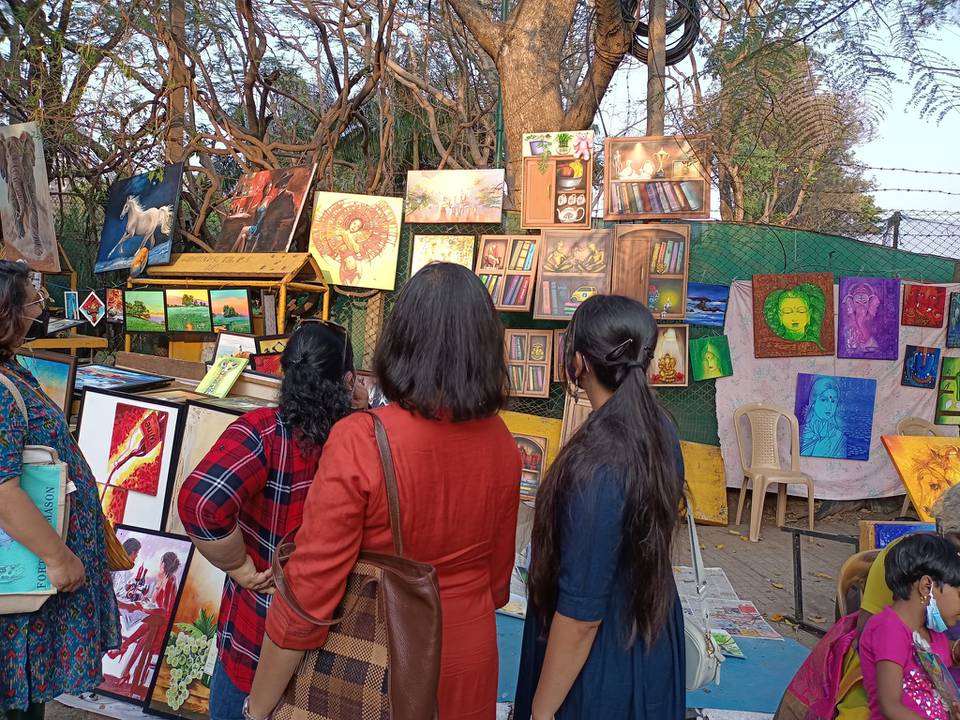 Why Urban Solace Is Where You Should Celebrate World Poetry Day In Bangalore
Would you like to submit your article to us or write for us? Click here and tell us about yourself.