Home | Vex And The City | Do We Bangaloreans Have A Cause?

Do We Bangaloreans Have A Cause?

To quote, "A freshly made ear and a freshly made vagina look very much alike, Tengo thought. Both appeared to be turned outward..." Murakami. Dawg. 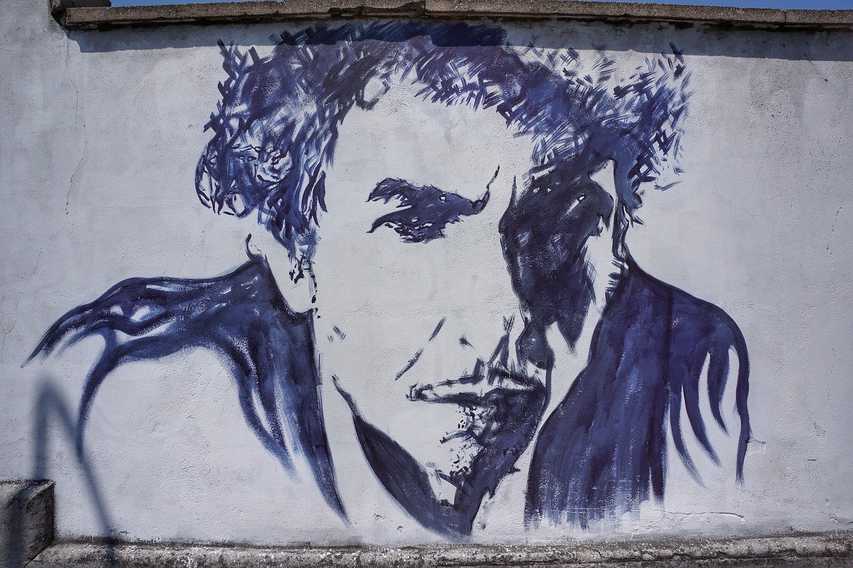 Some years ago, I discovered a cool new way to annoy people – specifically, those who consider Bob Dylan a messiah: I mention his wealth.

Sometime in the 80s, I was in my early 20s and at a party. At one point, the conversation stagnated, as conversations sometimes do, and people stared at their toes. Bob Dylan's "Forever Young" was playing on the stereo:

"May your wishes all come true
May you always do for others
And let others do for you
May you build a ladder to the stars
And climb on every rung..."

In the lull, everyone listened to these—let’s just say uncomplicated—lyrics that read like they were copied from a high school Graduation Day greeting card.

Always the one to break awkward silences, I mentioned that Bob Dylan had grown up and remodelled his living room at a cost of $3 million, because he wanted to ride his horse in it. “No longer ‘Forever Young’, is he now?” I laughed.

To my surprise, it evoked a sharp response from some folks.

"What shit!" one dude cried.

"Crap!" echoed the overripe hippie, not wanting to be caught short of scatological reference.

I was surprised because first of all, I was not trying to push anyone’s buttons. It was merely a piece of trivia that I had just read in Time magazine.

Next, I never really did care about Dylan - what he said, or sang or what he did with his royalties. If anything I was in awe of someone who could remodel a living room to ride a horse in it. Hell, I’m in awe of anyone who gets to own a horse.

But what intrigued me most was why anyone should be upset that Dylan spent his money the way he wanted to? And who were they angry at? Me or Dylan? I could not find out why they were upset.

Last week, at another gathering of people mostly in their twenties, someone said, "Oh, I love Murakami".

I have always liked that one. I have heard it many times. "Oh, I love Murakami" is cool. Way cooler than, "Oh, I love Robert Ludlum".

Again, I was not trying to be plain ornery, but clearly, I went up the noses of some people who buff Murakami's repute.

I thought it an interesting piece of trivia that the Japanese author had been nominated for the UK newspaper Guardian’s 2012 “Bad Sex Award”. (http://goo.gl/WPOqAG) This was for passages he had written in his latest whodunit, "1Q84", in which he compares a woman’s bits to an ear. To quote, "A freshly made ear and a freshly made vagina look very much alike, Tengo thought. Both appeared to be turned outward..."

I asked myself what do Ayn Rand (“Greed is good”), Haruki Murakami (“Vaginas are ears”) and Bob Dylan (“Everyone get stoned”) have in common that they appear to have such influence over so many people I have met?

They are all fodder for the emerging intellect, grist to the mill of the formative mind.

They are the authors of choice for those in the age group 18-25 - at least among the smarter set of young Bangaloreans who are trying to figure out where they stand in socio-political terms and worldview.

Much of today’s social politics in India - liberal and conservative - was influenced more by what happened in America in the 60s and 70s than by anything that happened anywhere else.

The 60s and 70s were the crucibles of social change. American society underwent an upheaval and the world was taken over by protesting youth. It was not only the war and floral VWs: it was the Lib, the pill, the love, and race and inclusiveness in general.

In short, they had a cause - or many causes - all set in the conveniently indefensible milieu of the Vietnam War.

Dylan may have never spoken out against the Vietnam War and he was never a leftist, but his songs and lyrics served the mood of the moment well and have become a part of the pop art of American political history.

So did our songs and poems of Independence – such as the Urdu classic, "Saare Jahaan Se Achcha" (composed in 1904 by the Pakistani poet Md Iqbal for the Lahore weekly, "Ittehad"). That song serves to this day as a rallying cry against British occupation and for national pride. Those cats had a cause.

Does the 20something Bangalorean have a cause?

Listening to social media I pick up the chatter of many concerns — ecology, environment, safety of women, lake saving - but no cause. But maybe that's a good thing.

A concern must become pandemic before it can become a cause.

And even though there is so much that is wrong, we are a diverse, divided society and there is no common enemy scary enough to unite a sufficient number of Bangaloreans into rising up in common cause.

Without adequate local cause, some Bangaloreans might variously turn to teachings of foreign swamis like Dylan, Murakami and Rand. But the philosophies of these authors, and those of Marx (Karl, also Groucho) are untenable in later years when cliché bites in the form of rent, school fees and EMIs on the fridge.

Every Bangalorean comes to realise that answers will forever blow in the wind.