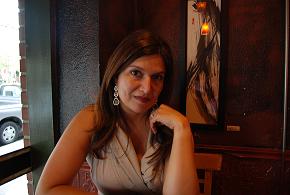 Sonora Jha’s debut novel, a gripping narrative on farmer suicides in Maharashtra,weaves a fascinating tale of love, hope and redemption.

When Katya Misra’s teenaged son Kabir goes to India in search of the father he’s never met, she is forced to follow him and try to win him back to the cushy world he’s accustomed to in Seattle. But in the process she must find the courage to let him make his own choices.

While Kabir is inspired by his father’s selfless social work in Dhanpur, Katya grapples with her bipolar love-hate relationship for the man who had abandoned her, and the country and its people she had long left back for a better life in Seattle. She is inspired by Gayatribai, a farmer’s wife who saves Kabir’s life by damaging her own, and in return asks for Katya’s help in keeping her husband alive in the suicide epidemic that has gripped her village, where every eight hours, a farmer kills himself. Katya must learn whose life can be saved and whose she must let go.

The author’s ease of language and discerning words creates a world that’s so real and palpitating, that you naturally begin vicariously living out the lives of the characters in it. So even if you’re ensconced in an urban jungle, far removed from India’s brutal rural realities, it makes you experience a roller-coaster of emotions that doesn’t leave you drained, but rather enriched from their life experiences. Ironically, in the characters flaws lay their strengths. She builds them up to evoke our intuitive sympathy yet at the same time respect their self worth even if it doesn’t amount to much in their own eyes.

The story is set in a remote village in Maharashtra, but there’s a universal appeal in every turn of the page. Be it a mother nurturing her son, a wife protecting her husband, jilted lovers forgiving and setting new boundaries, a young bride anticipating conjugal bliss, social parasites, or the human spirit being pushed over the edge.

A professor of journalism and the Chair of the Department of Communication at Seattle University, Sonora Jha could very well have presented her extensive research on farmer suicides as a non-fiction book, given how au fait she is on the subject. But instead,she takes a huge leap of faith and combines her creative writing skills with hard hitting facts to tell a compelling tale in her debut novel that at once appeals to the head and heart.

At the end of the book, it’s up to you to decide whether you want to dismiss Foreign as just another work of fiction and forget about the underlying grave issue of farmer suicides woven into this heart-rending tale,or as its protagonist urges, “Don’t be overwhelmed by how little you know; be empowered to find out more.”

[This review first appeared in Postnoon’s print edition in Hyderabad]