The larger Fraser Town area including Cooke Town and Cox Town are reputed to be dog-friendly neighbourhoods. They lived up to their reputation on the evening of 29 July, when some residents stopped whatever they were doing and rallied around each other to save a dog that had been abandoned and was badly hurt. Their efforts have probably saved the dog’s life.

The Save The Canine Squad, true to their name, came to the rescue of an Indie near Sherlock Pub in Fraser Town late last evening (29 July, 2020).

As soon as she heard, resident Saakshi Kewalramani, all of 16 years old — who lives about 100 meters from the scene — rushed to the site to find this old street dog with large wounds on his neck and ear.

She named him Sherlock because of where she found him; he was yelping in pain. “The group worked so well together. Five people showed up quickly to help Sherlock,” Kewalramani told Explocity.

One even offered her car for the dog to be taken to the vet. While another quickly bought some chicken from a nearby shop for the dog. “He polished off the chicken, even though it was masala chicken,” Kewalramani laughed.

While Bangalore Pet Hospital is open 24x7, but it is located in Whitefield and it was too far away. Sherlock was also limping and clearly in need of immediate medical help. CUPA in RT Nagar shuts at 8pm. This left the group with Cessna as an option. Cessna, while it has the reputation to be competent, is also one of the more expensive pet hospitals in Bangalore.

The word that money was needed went out online. Dog friendly groups swung into action. People like jazz musician Radha Thomas put out the word for help and soon, contributions rolled in. Kewalramani and the group have successfully raised the required Rs 20,000 towards Sherlock’s operation. 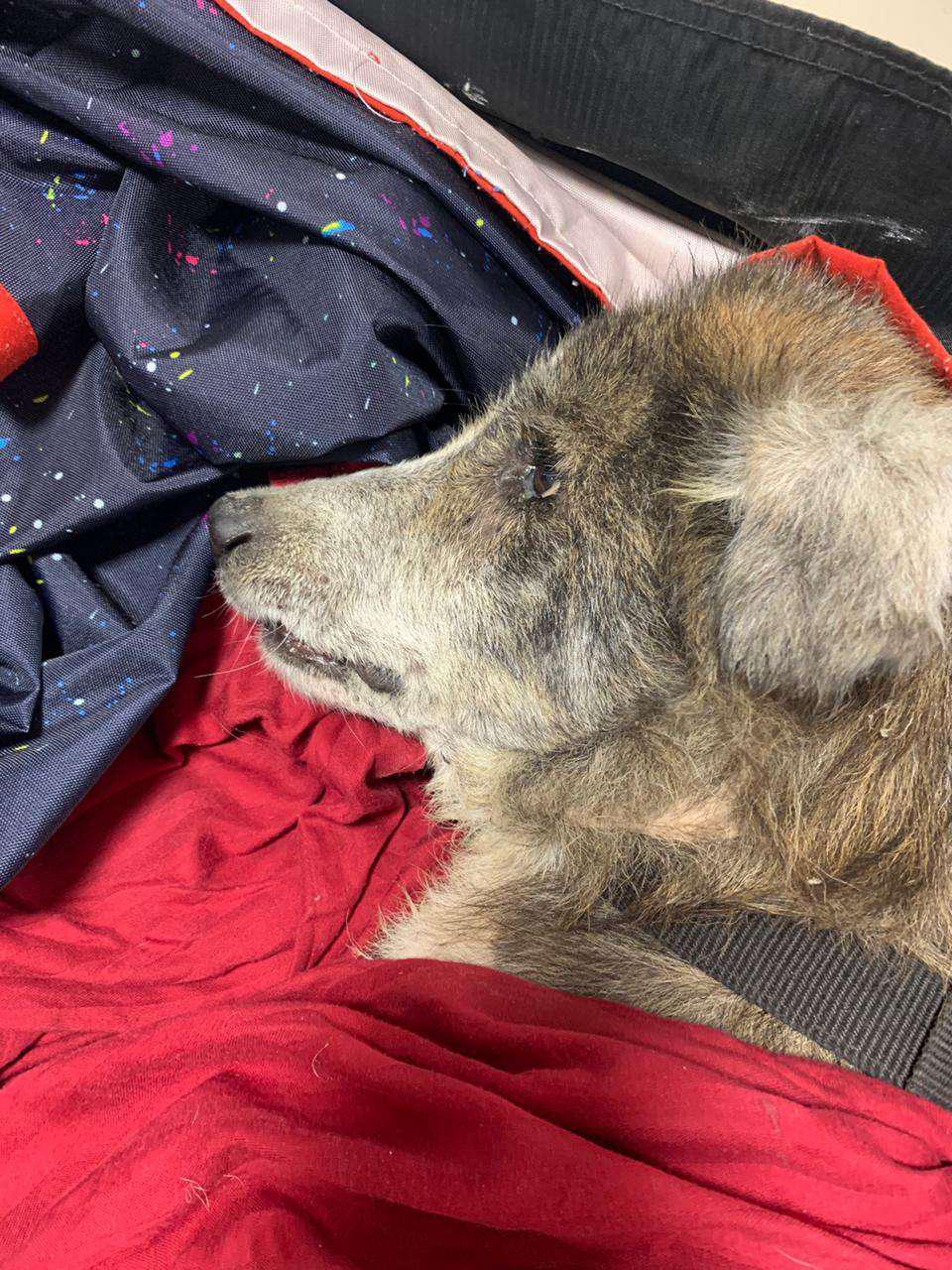 Sherlock is under observation right now, has been sterilised and cleaned up. He is highly arthritic so his blood reports will dictate the next steps in his treatment and care. The options are a care home (with an uncertain future), or back in the hood if he recovers well.

“This was actually the second dog we rescued on the same day,” Kewalramani said. Another was a white dog with a broken spine that they found near Thom’s Cafe (on Wheeler Road) in the afternoon. A friendly and helpful auto driver agreed to take the dog to CARE where the dog is being treated.

“We don’t know if these dogs are being abandoned because we had never seen them before,” she said.

Kewalramani helps an organisation called Big Bagheera, who have put out 200 water bowls and tag dogs with reflective collars. They’ve tagged over 500 dogs as of now. They also ensure that these dogs are sterilized.

We assume these dogs may be straying into these areas in search of food and water which this community is generously providing.

Other than the larger Fraser Town area, the group has also worked in Ulsoor, Malleswaram and Sadashivnagar. Indiranagar and Lingarajapuram are next on their list. So what is their goal? “I want to give these dogs a place in the community. I do not think it is realistic that they will find homes and I don’t want to make a goal for myself that I cannot fulfill,” Kewalramani said.

Kewalramani is the owner of six dogs. Her first dog, an Indie-Labrador cross, has been with her since she turned 14. Her parents wanted her to be older to take more responsibility before they got her a dog. She then rescued her first dog, who had a broken hip. Kewalramani, while young, is very accomplished in what she is doing.

She quit Canadian International School three days ago to homeschool and then pursue veterinary college. She’s currently attending NIOS and had plans to go to veterinary school abroad. COVID19 has derailed her plans. But that will make a lot of Bangalore dogs very happy because she plans to study in Hebbal Veterinary College right here in Bangalore now.

At this time, it is not known if Sherlock will become the pub’s official mascot.

Vignettes By TV Narayan Of Fraser Town - Dentist By Day, Photographer By Night
Would you like to submit your article to us or write for us? Click here and tell us about yourself.