In The New Year Tough Bangaloreans Shun The Psychobabble

Some notions become quaint and fall to disuse. Some other notions fill the void. In Bangalore - the most mutable of all Indian cities—we have many notions. 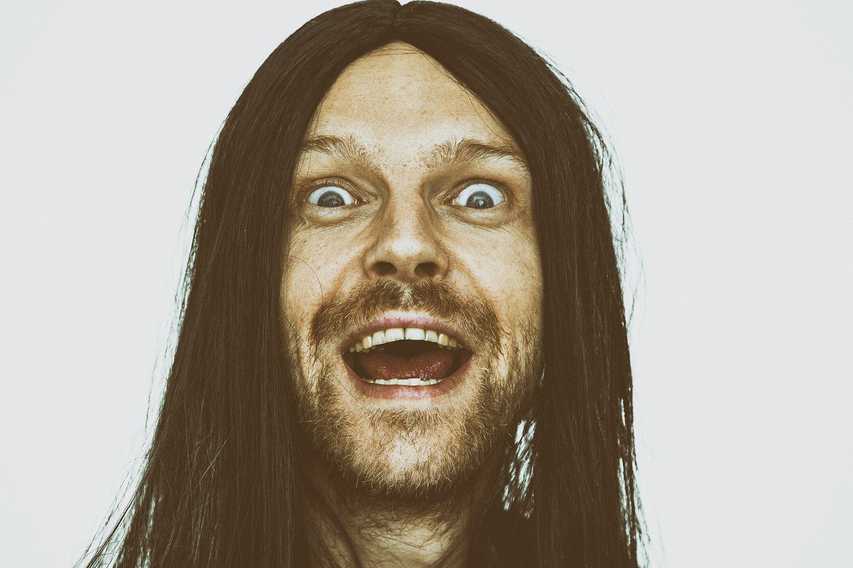 (Ramjee Chandran was on hiatus until late January 2014.) Not having heard any psychobabble in the last few years, I listened carefully when a guest at a friend’s Christmas party last weekend said, "blah...blah...blah...a balanced life is most important...yadda...yadda...” to a rapt crowd of believers.

He was talking about how difficult things had become and that "...no one had any money anymore" and "...how does one find a balanced life on the tightrope of life when said tightrope is 'buffeted by the winds of a wayward economy'?"

Some notions become quaint and fall to disuse. Some other notions fill the void.

In Bangalore - the most mutable of all Indian cities—we have many notions.

Every now and then, someone pops his head out like a Whack-A-Mole and says something philosophical like, “Work hard, play hard”. Mercifully, no one says that one anymore.

But here are some other notions that fill the shelves of the Self Help section in bookstores: Personal time. Family. Quality time. Spouse. Stress. Vacation time. Marital bliss. Love. And that all time fav zinger... Emotional Quotient.

Returning to “a balanced life”, does a Bangalorean hanker after a “balanced life” when the economy is in the toilet (and only philosophy will make him happy)? Or would he have the time to do this only when things are otherwise great?

At another Christmas party a few years ago, one dude felt that everyone’s feelings of inadequacy were best addressed through pop psychology.

“One must get in touch with one’s inner self,” he intoned.

There was a refrain of approval from a host of others. One guy… me… offered that this was pure psychobabble. No one liked me for my arguments.

However, a few days later, I received a call from an online radio station’s Wellness Channel. They wanted to interview me on my “spiritual side”.

When I was done wiping the tears of LOL from my eyes, I said yes.

On the appointed day, I expected an unkempt, wide-eyed wonder to come in through the front door, breathless and babbling about the Age of Aquarius. One who waltzes through life tripping the light fantastic because someone else pays the bills.

Instead, in walked this cliché of substance. She was a woman, handsome in every way, and clearly, composed of linear thought.

She set up her radio gadgetry.

She fiddled with the knobs, deftly. Some twists and turns, some static and one squeak later, she was good to go.

She dove into a conversation all about feelings and emotions and spirituality.

Maybe because she was not an experienced reporter, she went in and out of becoming the story, rather than merely interviewing it, and she appeared to measure all my opinions against her expertise on wellness. (To be fair, I think she was only being passionate about her topic.)

I was learning that a good life meant working a few hours, playing a few hours, sleeping many hours, respecting your (heterosexual—yes, she said that) relationship, loving your children, being able to quote in Sanskrit in an adenoidal, Deepak Chopra way, smiling at the sun and smelling at the flowers.

Then, she told me she had a black belt (from a martial arts school, not from General Electric) and I think weapons training came into it.

She also told me she read 17 books a week.

And then she trotted out so many other achievements and enterprises that it made me believe that either she was Super Chick: capable of doing all of the aforesaid in a tenth of the time it takes earthlings, or, more likely, she worked 23 hours a day and slept with her eyes open.

The incongruity fly buzzed about my ears.

But her “interview on spirituality” reaffirmed the conclusion I had reached at a young age—that the only way to succeed was to work my butt to the bone.

I had been taught that I would only reap what I would strew… that what I got was the because of what I put in. Old fashioned, but easy-to-understand for those like me who cannot handle conflicting notions in anything but the most binary of ways.

In tough times, I had no one to complain to. And per the old adage, the harder I worked, the luckier I got. Blah, blah, blah, pour me a stiff one. And I don’t even drink.

To be honest, guys like me—and I have many such friends—have never understood anyone who said they need counselling to get over problems (unless their problems were clinical). We always felt that anything short of a stare-down would be defeat and that concessions are worthy only when made by a benevolent victor, not by manipulative and scheming horse traders.

This was the gonzo of men like Indira Gandhi, Golda Meir, Srimavo Bhandarnaike and Margaret Thatcher and by golly we Bangalore boys would be such men.

But my radio interviewer advised me, as she packed up her shit, that there was no need for me to “fear my emotions”.

Dang. Who would have thought I was a wimp for trying to be macho?

But this was a few years ago and I thought the younger generation (they’re smarter) had stopped with this nonsense. So, I called a pal who runs a bookstore and he told me that little had changed, and that the biggest segment of sales in Bangalore was in pop psychology. He quoted the title of a book that dealt with the transportation of cheese.

Double dang. I realised that it was already 2013 and I had yet to become a “sensitive 90s man”. One who had to be man enough to take a vacation with the kids and have the emotional quotient to be able to weep with the wife at the concluding moments of chick-flicks.

Then again, this supposes that I would have the emotional quotient to be able to have a wife and kids.