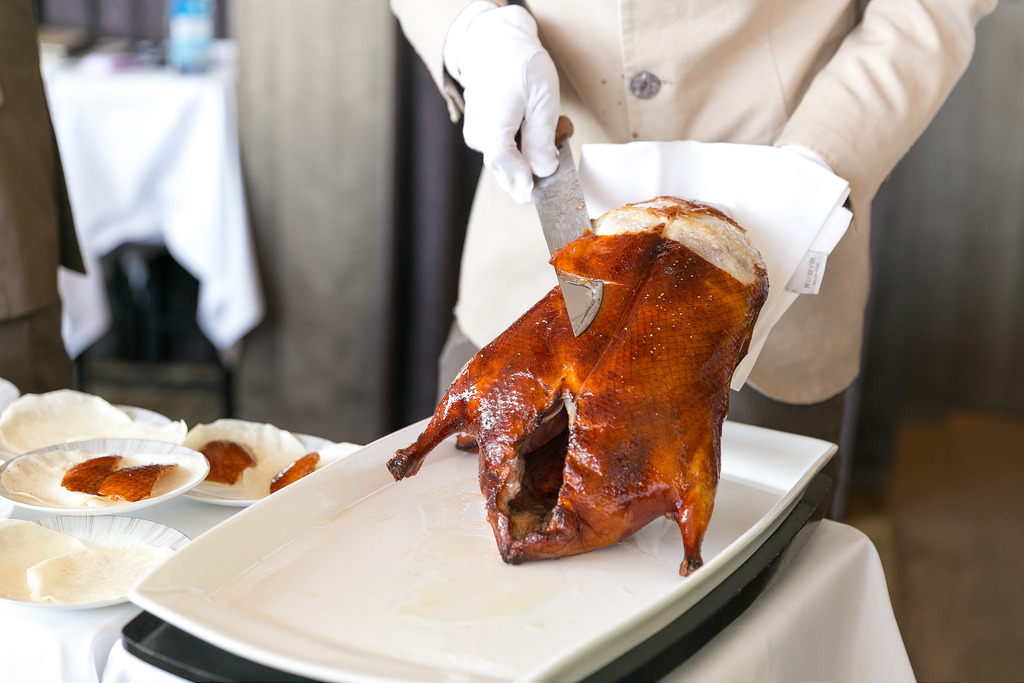 Peking Duck is a dish we have all heard of. But do we really know it? Is it a style of cooking? In part yes, but Peking is also a region in China. The dish is known because of its thin, crisp, glazed skin and served with little meat and lots of the crackling skin.

Traditionally, a Peking Duck is carved in front of the diners in stages. The carved skin is dipped in sugar and garlic sauce, then the meat is served with steamed pancakes, spring onions and bean sauce. Vegetables are served on the side and the duck is rolled in the pancake and eaten by hand.

The dish is known as the “National Symbol of China” because it has existed since before 1330. The dish made an appearance in the Complete Recipes for Dishes and Beverages manual in 1330. It later became associated with the Ming Dynasty.

It is also the pride of China because of how popular the dish has been in and out of China. It’s bound to be popular when the likes of Henry Kissinger and Fidel Castro rave about a dish.